Yes, Kathryn Hahn is Getting Her Own ‘WandaVision’ spinoff 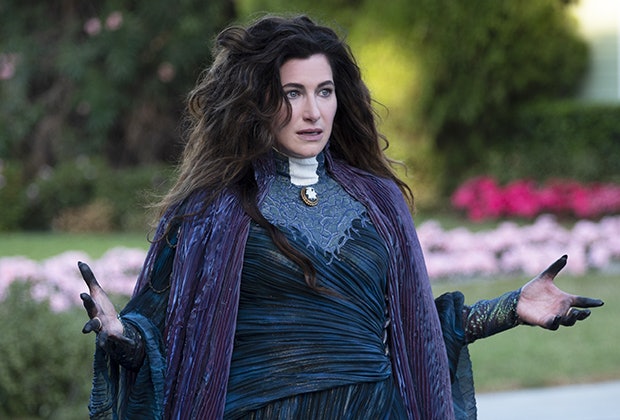 The Marvel Cinematic Universe keeps churning out content and this time, it’s giving fans exactly what they want. Variety reports that a Kathryn Hahn-led Wandavision spinoff about Agatha Harkness is in the works at Disney+ and if it isn’t called “Agatha All Along,” there will no doubt be protests.

Jac Shaeffer, the head writer on Wandavision, is set to write and executive produce the new series, which is currently still in development. As of now, there isn’t too much information out there, but the show is being described as a dark comedy, which is fitting considering the main character is an evil witch and all.

Ever since Wandavision ended it’s nine-episode run in March, fans have been clamoring for a second season of Marvel’s first live-action series. Unfortunately, Wanda Maximoff herself, Elizabeth Olsen, revealed earlier this year that Wandavision was simply a limited series and would not be returning. Of course, a spinoff is the next best thing, even better for some of the Agatha fans out there. And who knows, maybe Maximoff will make a surprise appearance if this new show comes to fruition.

Hahn has quite a lot on her plate these days. The actress is set to star alongside Will Ferrell and Paul Rudd in The Shrink Next Door, based on a podcast of the same name. The dark comedy is coming to Apple TV+ in November. It was also just announced that Hahn will play Joan Rivers in The Comeback Girl, a Showtime limited series about the comedian’s life. She already has an HBO show on her resumé, so all Hahn needs now is a show on Netflix and you won’t be able to log onto a streaming service without seeing her face smiling back at you.