Laughing at herself. Yolanda Hadid joked about her parenting skills after a TikTok user accused her of “starving” daughters Gigi Hadid and Bella Hadid when they started modeling.

Former ‘Real Housewives of Beverly Hills’ Stars: Where Are They Now?

In July, a TikTok user claimed that the 58-year-old Real Housewives of Beverly Hills alum encouraged her children to follow restrictive diets in order to lost weight. “[She] made sure they never ate anything too calorie-dense, not even cake on their birthday,” the fan said in the video, before showing a RHOBH clip in which Yolanda told Gigi, 27, to “eat a couple of almonds” after the Guest in Residence cofounder said she was feeling “really weak.”

In another clip from the Bravo show, she tells her elder daughter, “It’s hard to not eat any sugar, and it’s hard to have to eat salad every day,” while discussing what goes into working as a model.

Yolanda brushed off the criticism in a TikTok video of her own, showing her doing everyday tasks around her home while snacking on a giant bowl full of almonds. “#worstmomever #almonds,” the Netherlands native captioned the clip, which she posted on Thursday, September 29.

Earlier this year, Bella, 25, opened up about dealing with an eating disorder when she was in high school, but she attributed it to being prescribed Adderall as a teen. (Appetite suppression is a side effect of the medication, per the Mayo Clinic.) “I was on this calorie-counting app, which was like the devil to me,” the Washington D.C. native explained. “I’d pack my little lunch with my three raspberries, my celery stick. I was just trying, I realize now, to feel in control of myself when I felt so out of control of everything else.”

Bella added: “I can barely look in the mirror to this day because of that period in my life.”

While Yolanda — who also worked as a successful model before starting her family — has not explicitly addressed the criticism of her daughters’ diets, she has previously shared her concerns about allowing them to work in the modeling industry.

“I was always very strict about the fact that I never wanted them to really work until they’re 18 years old,” the reality TV personality said on a November 2016 appearance on Australia’s Today Extra. “I really didn’t want anybody judging them on the way that they look.” 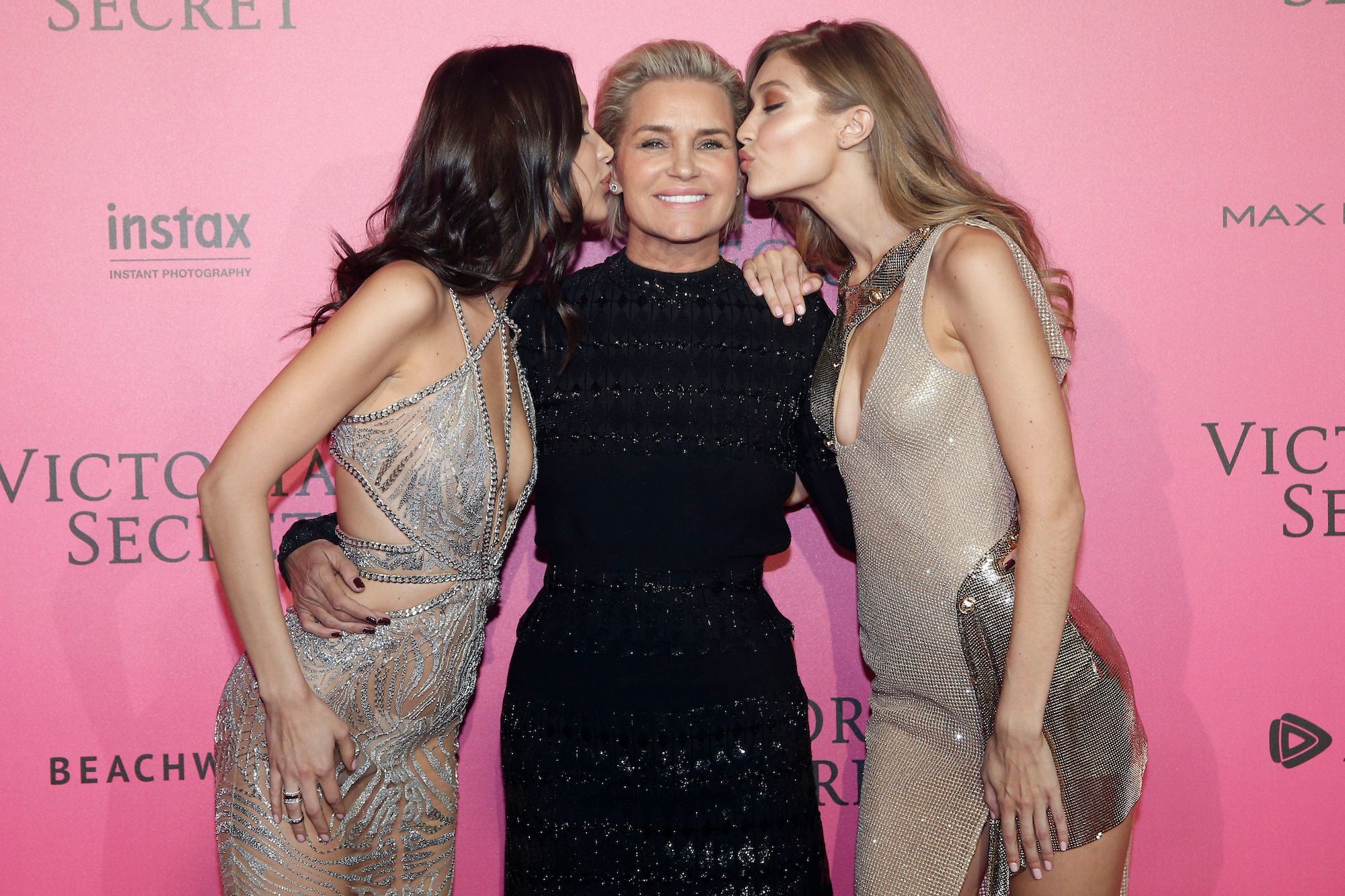 Two years later, she told W Magazine that she never wanted Bella and Gigi to compete with one another. “I taught them at a very early age that it’s not about competing with anybody — it’s about becoming your personal best. Elbowing other women — well, there’s just already enough space for everyone to shine,” Yolanda said in February 2018. “And in Gigi and Bella’s case, they’re so different, especially with their looks.”

Yolanda continued, “So they’re not in competition, and I think they got that messaging very early on, before they even started their careers.”