OLD paper car tax discs that may be lying around your house could be worth thousands of pounds, so don't throw them out.

Because they're not common any more, they've become a collectable item – and if you've got a stash of them, they could be worth a lot of money. 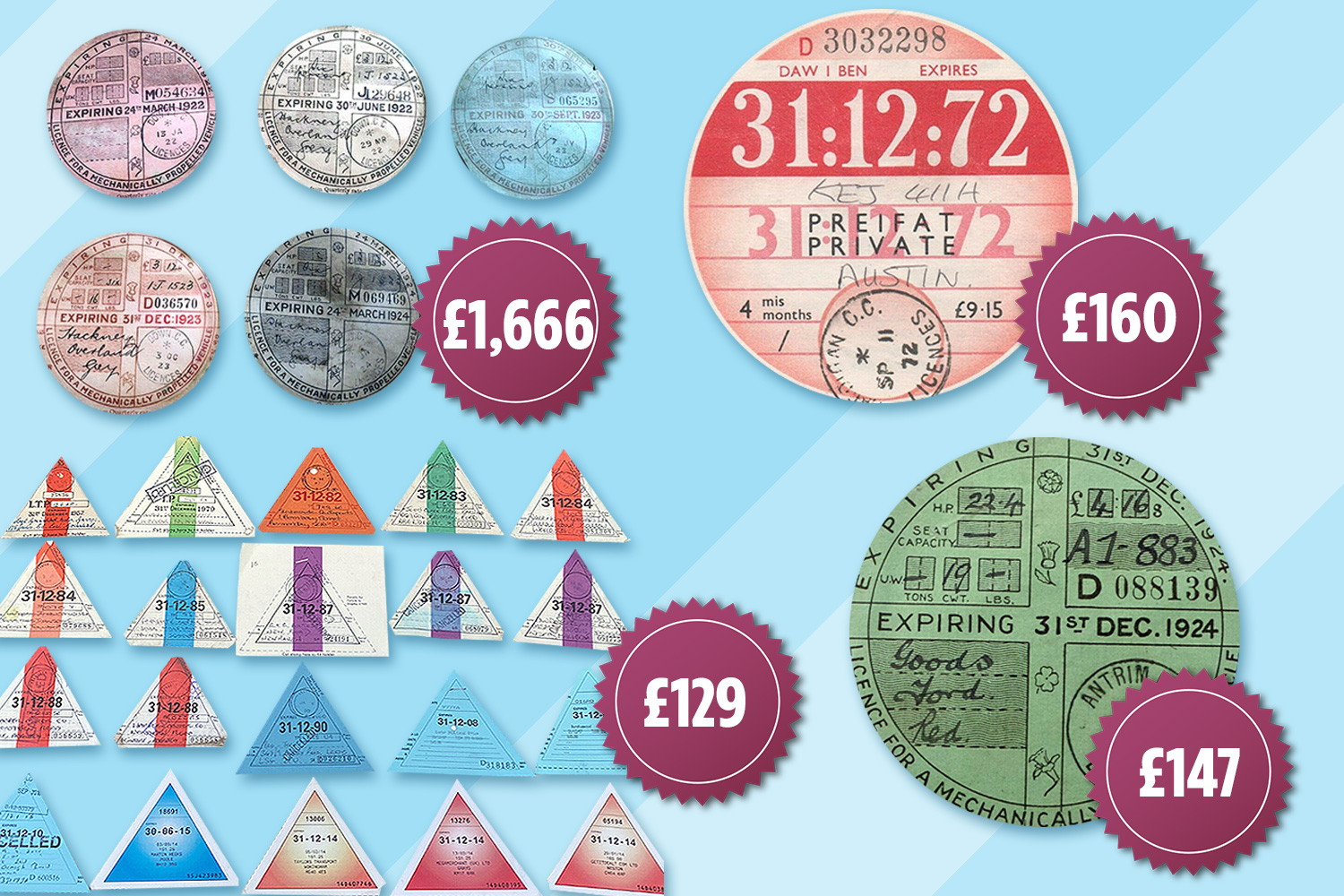 Car tax discs were abolished in October 2014 as the DVLA moved all of its systems online.

The highest amount paid for a single tax disc was £1,087.80, according to money making advice website MoneyMagpie.

Your stash could be scooped by a "velologist" – someone who buys and trades car discs – on the hunt for a new collection.

On eBay we've previously seen collectors buying a hoard for as much as £1,666 – and there are ways to spot which discs will sell for the most.

Discs issued in Northern Ireland and Wales are less commonly found, so they are worth keeping an eye out for.

If you have one that is un-perforated, it appears to be more attractive to buyers.

That's because the DVLA ran out of so-called perforated paper as the tax discs came to the end, so they are harder to find, making them more valuable in the long run as they're technically "limited edition".

One in this condition is on sale for as much as £1,250 on eBay currently.

Plus there are plenty of other examples of collectors purchasing disks for similar amounts to follow too.

MoneyMagpie chief executive Jasmine Birtles previously told The Sun that to boost the amount of cash you could get, ask your friends and family if they have any too.

"You could keep them all and even try and build up a set as a whole lot of discs from 1940, for example, are listed for as much as £480 on the auction site Collecticus.

"Who knows how much you could make down the line.”

However, FreeCarCheck.co.uk's Amanda Taylor said you should look out for fake car tax discs while having a look on eBay if you're planning on buying one.

"Sadly there are some fake tax discs being touted as the real thing, and due diligence is a must," she said.

"If you still have the original perforated paper seal, then make sure to mention it, because buyer confidence increases and you'll get a higher price.

"Generally the best place to sell your old tax discs is through eBay, as they have the widest audience & reach in the UK."

Here's how much your old tax discs could go for: 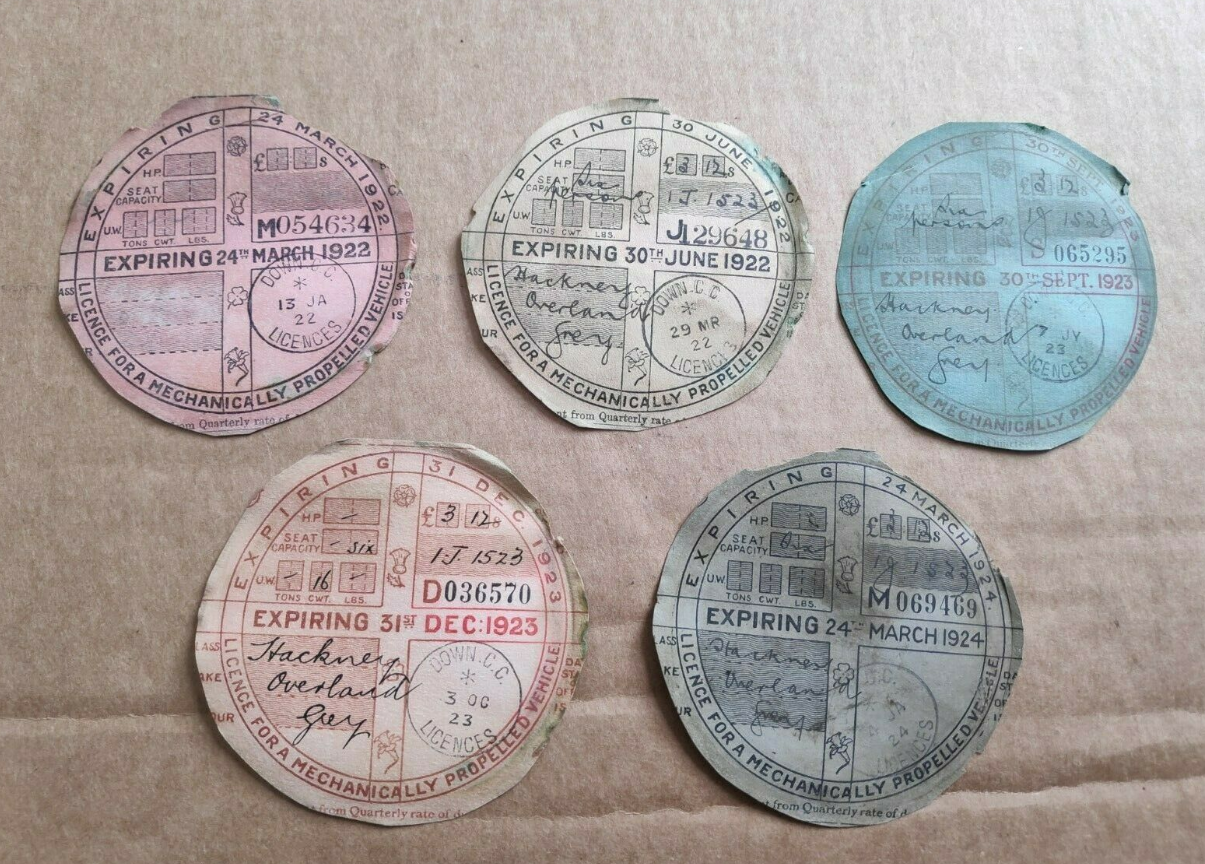 These five car tax discs went for a whopping £1,666 on eBay in May, causing a bidding war for the stash among keen collectors.

According to the seller, the five discs were all for the same vehicle dating from 1922 to 1924 – all of them were stamped for Down CC in Northern Ireland.

They sold for thousands despite showing signs of damp – and some of the stamps were very faded.

The seller said its "very rare" to find this amount of tax discs from the same vehicle – which could explain why the collection went for so much. 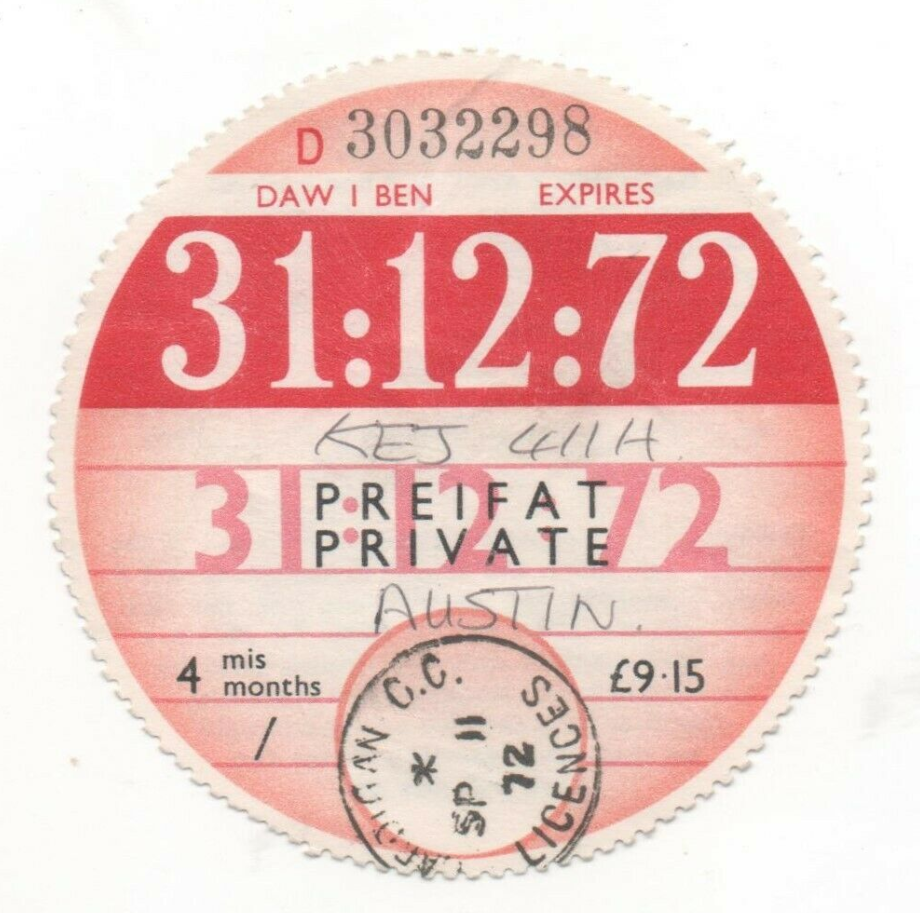 If you have a Welsh car tax disc lurking somewhere at the back of your cupboard, it might be worth taking it out and putting it on eBay.

They're some of the rarest discs you can find – and this one went for around £160 on eBay last month.

It looks like it was stamped in the town of Cardigan, but this isn't certain as the writing is quite faded.

It sold for hundreds despite there being some damage to the back of the disc. 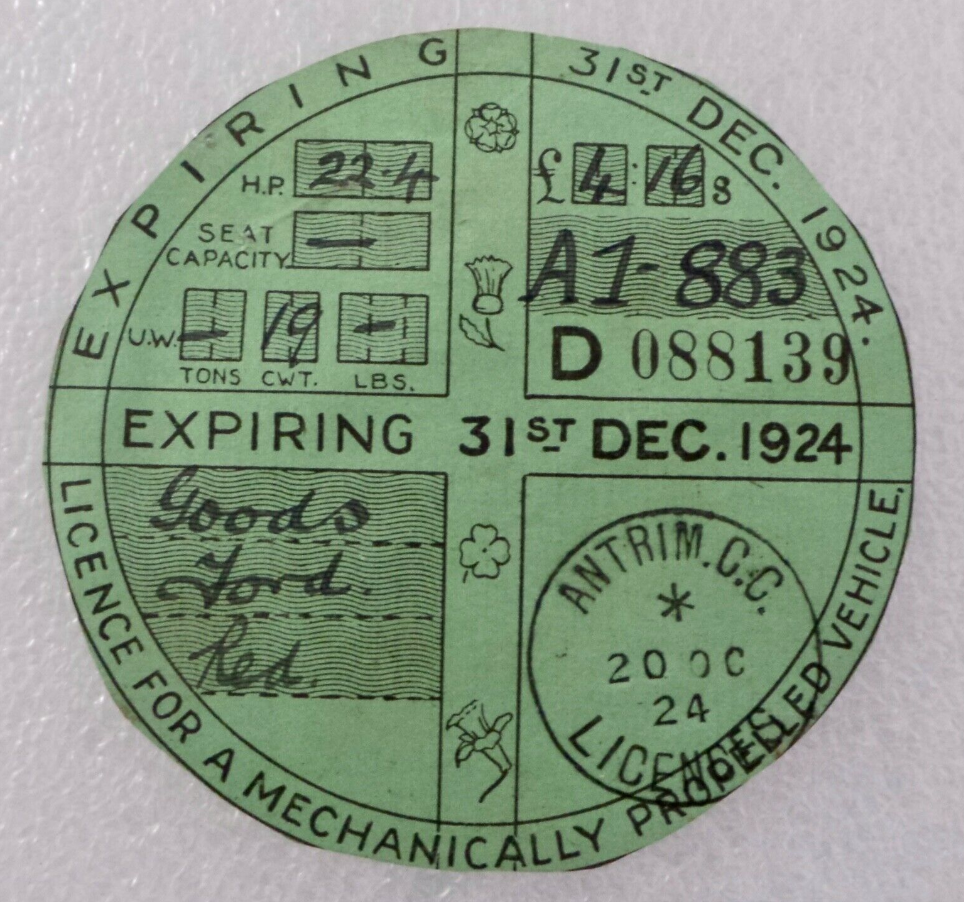 Old car tax discs can sometimes go for hundreds of pounds, including this one dated from the 1920s.

It appears to have been stamped in Antrim, which is located in Northern Ireland.

Tax discs from Northern Ireland are among the rarest you can find. 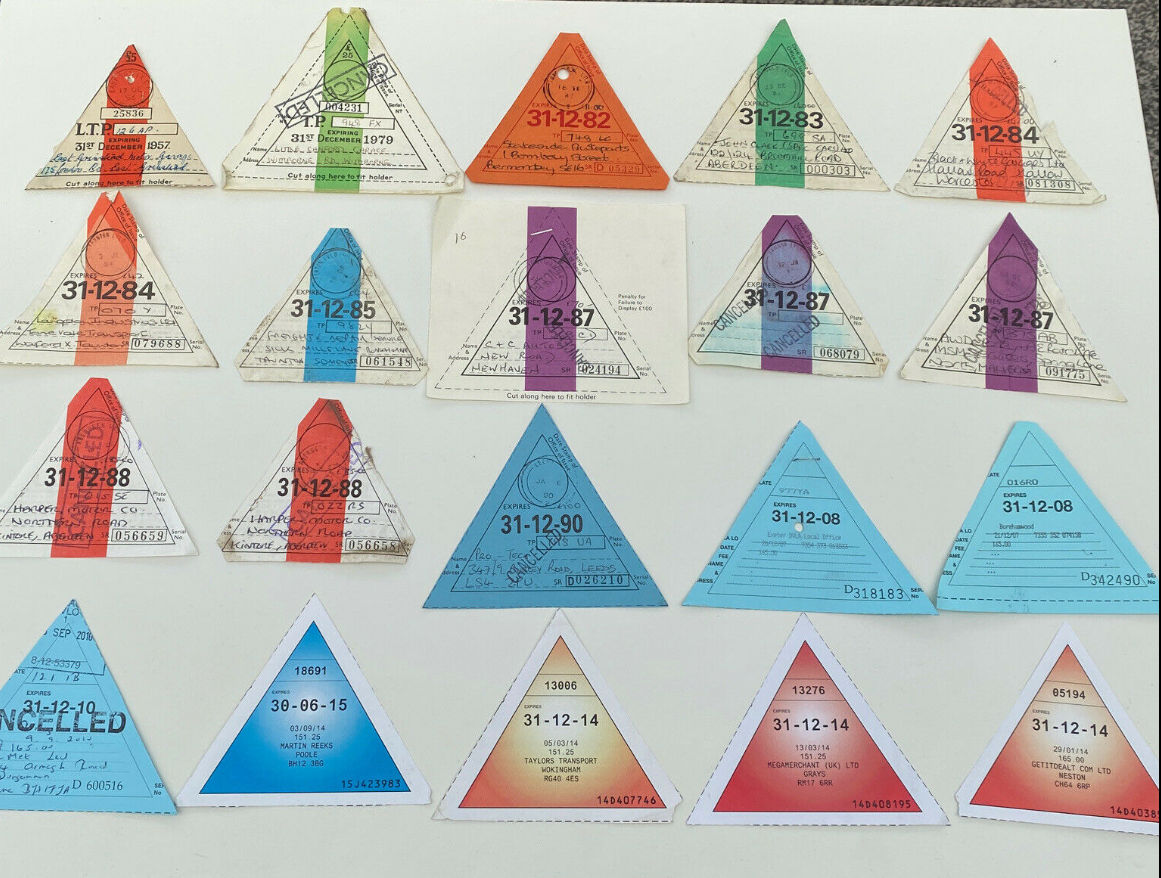 It looks like they were issued in a variety of different locations to different drivers.

For example, one from 2014 was issued in Poole, while another from 1987 was stamped in New Haven.

Although the stamps on a number of the plates are quite faded, with some discoloured or stained, they still sold for a lot of money. 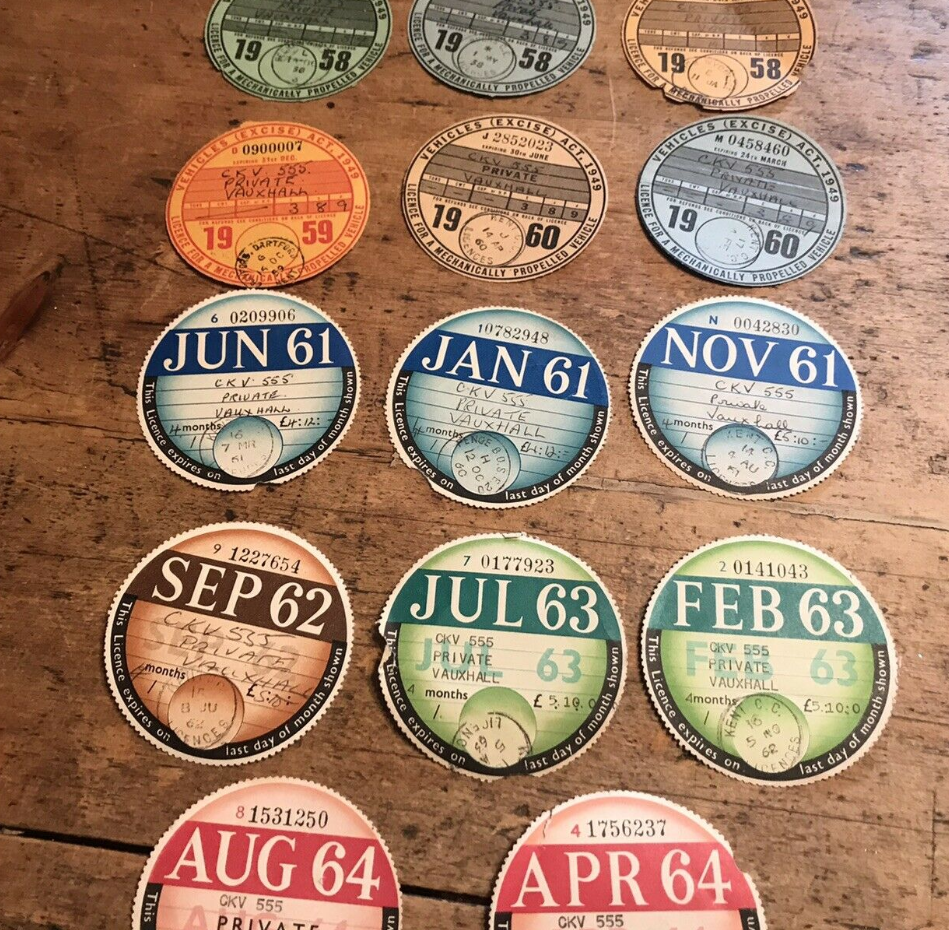 These car tax discs belonged to the same car, according to the seller.

There are 14 discs in this collection, and they sold for £64 in total.

The discs are dated from 1958 to 1964, and are stamped in different locations from Penge to Dartford.

However, some of them are in better condition than the others.

Collectors make their money in a number of other ways too, as one savvy shopper cleared his £12k debt by reselling car boot and charity shop finds.

A pensioner had a secret stash of rare Saxon coins worth £185,000 in his caravan, that he managed to cash in on too.

Plus, our latest rare coin find includes a Christmas themed 50p, that you may have come across in your change before.