Ouch! Shocking video shows young boy being gifted a MOTORBIKE for Christmas – before he promptly crashes it straight into a nearby lamppost

A shocking video shows the terrifying moment a young boy – with a dummy in his mouth and no crash helmet on – accelerates straight into a nearby lamppost on his new motorbike.

The young boy is seen in the footage – which has been shared more than 2.6 million times – preparing to ride the motorised bike that its thought he received as a Christmas present.

As he takes off he put his foot on the throttle and quickly loses control of the vehicle, smashing directly into the pole before falling off his bike and onto the ground. The location of the dramatic smash is unknown. 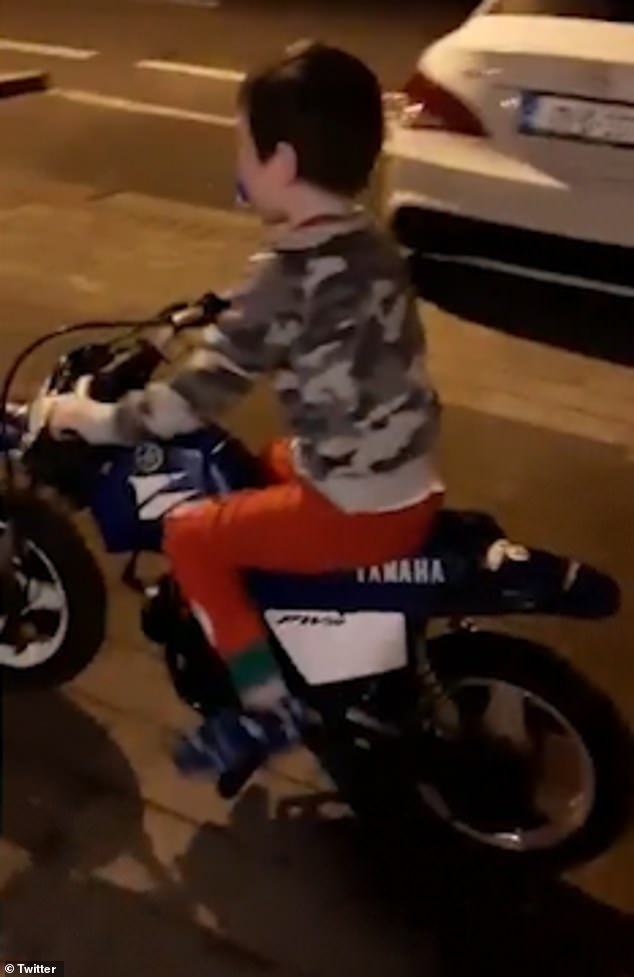 Painful: A viral video, seen by more than 2.6million people, shows the shocking moment a young boy with a dummy in his mouth and no crash helmet on crashes into a street lamp on a small Yamaha motorbike

The young boy takes off and quickly loses control of the vehicle, crashing directly into the pole before falling off his bike onto the ground

The child is heard screaming as he heads towards the post – while the person holding the camera simply says ‘f**k*’.

The viral video attracted the attention of Twitter users who slammed the child’s carers for allowing him on the bike in the first place, while others felt he should have been taught how to use it properly.

‘That was a nasty smash. Hope the poor little boy is okay. Social services & police should be informed.’ wrote one.

‘Wow, just wow. Could have been killed. My sons (3 of them) and myself have had bikes since we could all walk but you need the right gear to go with the bikes! Unbelievably stupid of this guy,’ said another.

A third said: ‘Hope he sure is ok man that looks like it fn hurt’.

Many Twitter users saw the irony of a child young enough to need a dummy riding a motorbike while others questioned where his crash helmet and protective clothing was. 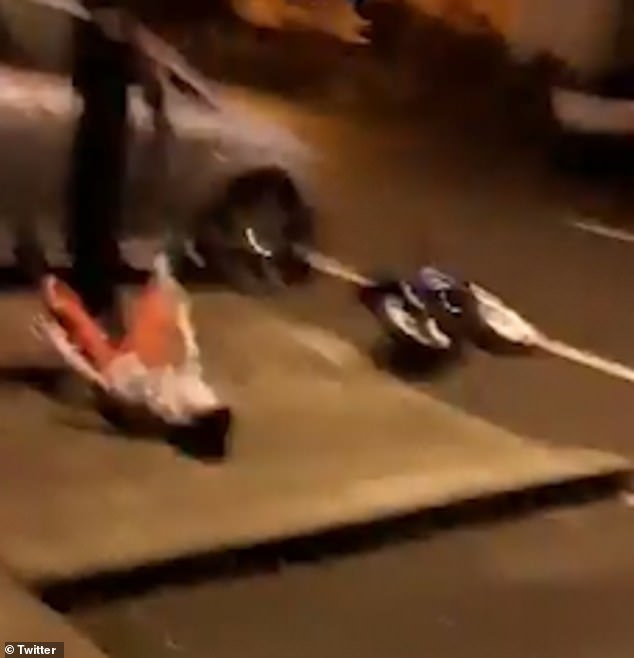 The man who posted the video wrote: ‘Too big for a dummy, and too wee for a motorbike!’.

‘Dummy in and on a motorbike’, wrote another.

‘kids got a pacifier. Get on this motorbike son’, said a third.

The blue bike, which is a smaller version of a motorcycle, appears to be from Japanese motorcycle manufacturer Yamaha Motors. 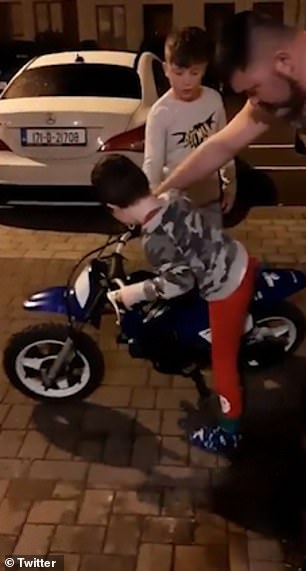 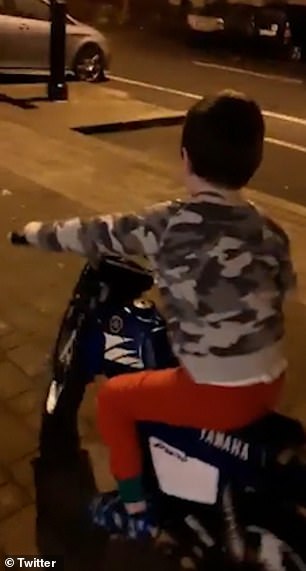 The blue bike, which is a smaller version of a motorcycle, appears to be from Japanese motorcycle manufacturer Yamaha Motors

The company make a range of vehicles including motorcycles – including super sport bikes, adventure bikes and off-road bikes – scooters, and motorized bicycles.

Yamaha produced Formula One engines from 1989 to 1997 and are the second largest in the world when it comes to motorbike sales.

drivers have to be 16 and over to ride mopeds, small three-wheelers and 17 to drive light motorcycles up to 11 kw.

To ride on public roads you first need to get a provisional licence before completing compulsory basic training (CBT) to get a certificate.

Drivers must pass both parts of a practical test within two-years of taking a theory test.