Back in April, Queen guitarist Brian May took part in the world’s first international lockdown launch party for Kings Daughters’ uplifting single Get Up. Now the 73-year-old has produced a new song for the band called Dancing in the Rain. The track is to honour those we lost to coronavirus during the lockdown.

Last month, the public was invited to submit photos of loved ones who passed away in the pandemic to feature in the music video.

The move was prompted as lead singer Talia Dent’s best friend passed away and she was unable to attend the funeral due to COVID law.

Dancing in the Rain is her way of saying goodbye and now Kings Daughters are ready to release the single at their first gig, a live virtual event.

The online concert, which anyone in the world can watch, will take place on September 29 and see a very special guest drop in. 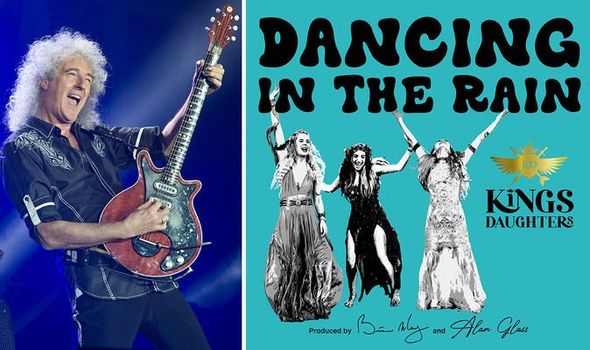 The virtual gig is part of the Keep New Bands Alive and Gigging movement, which takes place at Warehouse V.

Their aim is to entertain the public at home while they can’t attend concerts physically and have the opportunity to donate whatever they can to help new bands to continue their musical journey.

Kings Daughters will perform at the venue as said on September 29 from 8-8:45pm.

The band will sing both singles Dancing in the Rain and Get Up among other tracks. 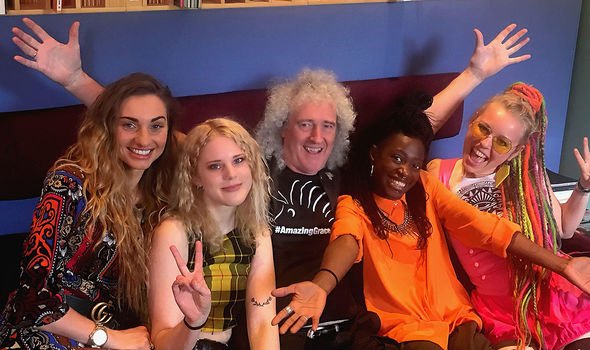 Meanwhile, May has been teasing fans on his Instagram of recording sessions for some new music.

The 73-year-old then posted snaps and clips of glamorous West End singers in black dresses, including long-time collaborator Kerry Ellis.

While also some photos and footage of himself playing his electric guitar.

May updated: “Yeeeeow – this track kicks so much ass it’s impossible to resist teasing…. lots more to come!!! Bri.”

The song itself is a charity release to raise money in the fight against cancer.

The Queen legend added: “Bri with the world’s first ‘World’s Pinkest Pink’ BMG guitar. Specially made by my guys for yesterday’s video shoot.

“There’s a reason for this! The track is to be released for the benefit of two great women’s Cancer Charities – and since the music is totally appropriate, I thought the guitar ought to be, too. The release will raise money and I’m also hoping to auction this guitar to raise some extra funds. See you in October.”

Earlier this year, Express.co.uk spoke with Kerry Ellis, who shared how May is always on the go.

She said: “He doesn’t sit still, he’s never not doing something.

“There’s never a down day, he never gets a minute to himself – a really busy guy.

“You kind of forget he’s in his seventies but he’s incredibly energetic and does so many things.”