BTS Snubbed by the Grammy Awards Despite Record Year

On Nov. 20, the Recording Academy announced the nominees for the 2020 Grammy Awards. Historically, the Grammy Awards have always been cautious about nominating boy bands. Despite their record year, the Korean group BTS did not receive any nominations. Unfortunately for BTS, popularity and critic praise does not always guarantee a nomination. 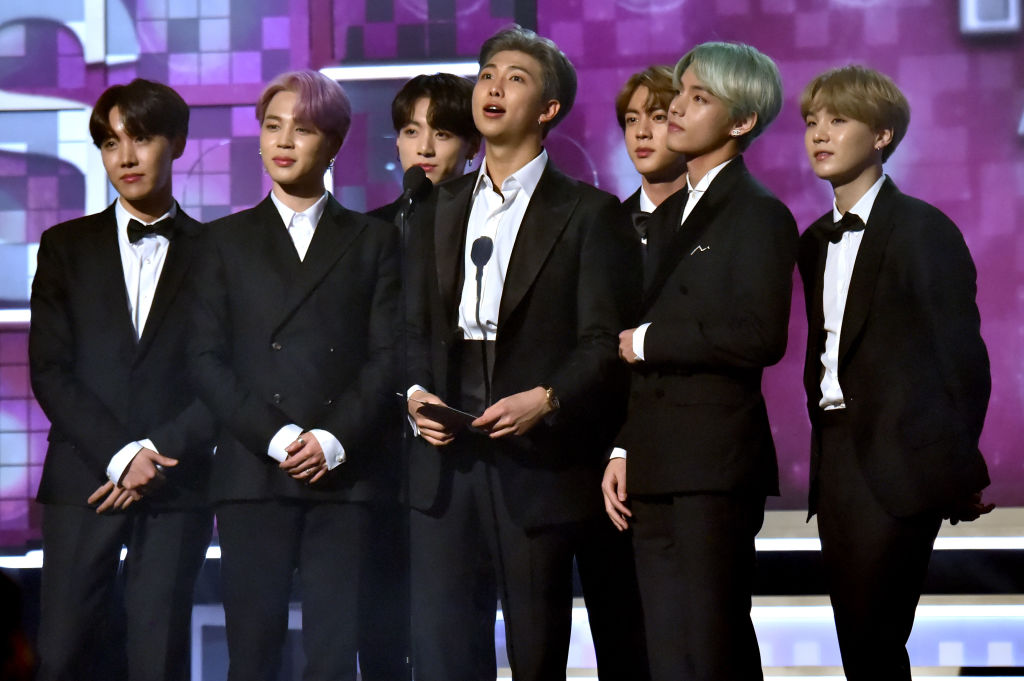 BTS’s EP ‘Map of the Soul: Persona’ was submitted for consideration for Grammy Awards

BTS’s EP Map of the Soul: Persona could have been nominated in two categories. The album was submitted for consideration for Album of the Year and Best Pop Vocal Album. The EP debuted at No.1 on the U.S. Billboard 200 chart. With this accomplishment, BTS became the first group since The Beatles to have three No.1 albums in less than a year.

The lead single for Map of the Soul: Persona is “Boy With Luv.” The song is a collaboration with Halsey and could have been nominated in three categories. The single was submitted for Best Pop Duo/Group Performance, Song/Record of the Year, and Best Music Video.

The music video for “Boy With Luv” broke the record for the most viewed online music video in 24 hours.  The song’s music video currently has over 616 million views on YouTube. The Recording Industry Association of America certified “Boy With Luv” as platinum. This means the song sold at least 1 million units in the U.S.

BTS also could have received a nomination for Best Compilation Soundtrack for Visual Media. The group’s mobile game soundtrack, BTS World: Original Soundtrack, was submitted for consideration in that category. In 2019, four songs from the soundtrack reached the No.1 spot on the World Digital Song Sales chart. Combined with two songs from Map of the Soul: Persona and their single “Lights,” BTS had seven No.1 songs on the chart this year.

Before the nominations were announced on Nov. 20, the Recording Academy announced the outfits BTS wore to the 2019 Grammy Awards will be displayed in the GRAMMY museum. This alone is an acknowledgement of the impact BTS has made worldwide.

At the beginning of the Grammy nominations announcement, the Recording Academy boasted that the music nominated pushed boundaries and was diverse. In 2019, BTS, a Korean group, had the highest-grossing tour of May 2019, sold out Wembley Stadium, and had one of the best-selling albums of the year.

These accomplishments were snubbed by the Grammy Awards despite breaking barriers in music. Regardless, fans know that BTS is impacting the music industry worldwide. Even though BTS did not receive a 2020 Grammy nomination, fans are still proud of the legendary movement BTS created.

“whether or not BTS receive any nominations, it doesn’t take away from the fact that they’ve accomplished so much and surpassed boundaries not just in the kpop industry, but the music industry as a whole. nothing will ever take away from that,” a fan tweeted.

“not getting a grammy nom won’t ever change a fact that BTS has broken a lot of barriers and showed what diversity is and authenticity through music. their impact is legendary. and that’s on that,” wrote a fan on Twitter.

“Majority of the world doesn’t remember how many Grammys the Beatles have, but they can instantly name and sing their songs because an artist’s legacy is their music, not their trophies. Also there’re so many more years & opportunities ahead. No need to be sad,” one fan tweeted.