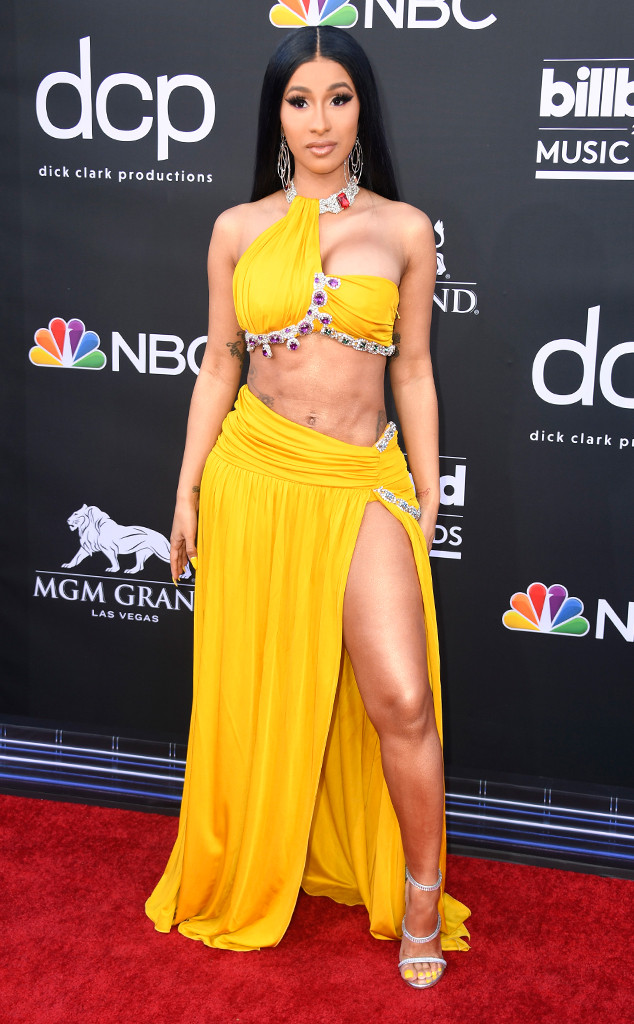 Cardi B might not need more press but after dropping a fiery music video for her latest single, it’s hard to not see her name splashed online. Releasing “Press” on YouTube this morning, the 26-year-old rapper proves even more that she’s not afraid to push the boundaries when it comes to fashion, beauty and entertainment.

Later, Cardi strips down completely naked, though her nipples and other areas are blurred out. Her dancers also ditch their clothes and perform in the nude. In a following scene, they lay there dead and bleeding while she continues to sing.

The video ends with her in jail, drowning and killing a fellow inmate in the toilet.

Like many of the star’s music videos before this, “Press” proves to be fashion-forward. The brunette beauty dons a printed, colorful silk outfit and fur before changing into an all white Viktor&Rolf suit. Even her hair and eyebrows are dyed white to match the look.

Contrary to the song’s lyrics, it looks like the “I Like It” rapper’s music video is gaining a lot of attention. It amassed more than 100,000 views on YouTube in just 10 minutes.

After the video was released, Cardi took to Instagram to thank everyone involved, including photographer and director Jora Frantzis. “This is my first video that I directed…I really wanted my vision to come to life,” she said in the video. “I want to thank my glam team for making me look nice with white eyebrows and white hair. I was really specific about that. I really wanted that look.”

And as for that violent ending, she said with a laugh: “I really wanted to drown somebody in the toilet and kill them ‘cause that’s just such terrible way to die.”

If you’re a Cardi stan, you’ll want to watch the provocative music vid! Because there are quite a few NSFW lyrics, put them headphones in and click play on the clip above.