Did One Direction Louis Tomlinson and Harry Styles have sex backstage in 2013? Fan outrage

It’s the subject of may fans’ wildest dreams. The idea of two of the biggest boy band stars of all time having sex has been endlessly written about – but never shown on screen before. Fan fiction is increasingly preoccupied with shipping their favourite stars, which means imaging them in a relationship. Added frisson is given since it is usually female fans putting together two male idols who identify as heterosexual.

A new scene has just depicted Styles performing oral sex on Tomlinson to calm his nerves while the band was still together.

It takes place behind the scenes just before the lads go on stage for a concert during their 2013 Take Me Home Tour. “What if someone sees?” says Tomlinson. “Let them” replies his bandmate.

It is part of new HBO television show Euphoria, where the character Cat, played by Barbie Ferrriera, is credited as the person who created Larry Stylinson – the fan fiction focussed on romantic and sexual liasons between the two boy band stars.

The storyline features an animated sex scene between Styles and Tomlinson – and the latter has just responded to fan outrage. WATCH THE SCENE HERE 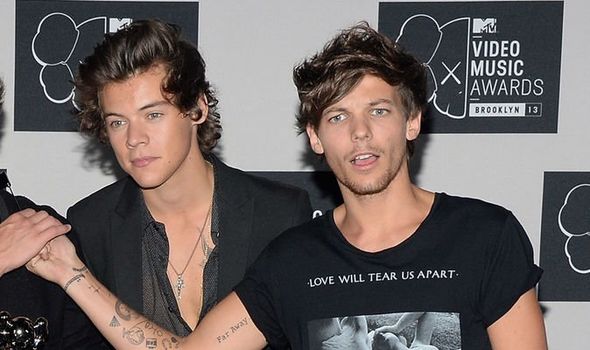 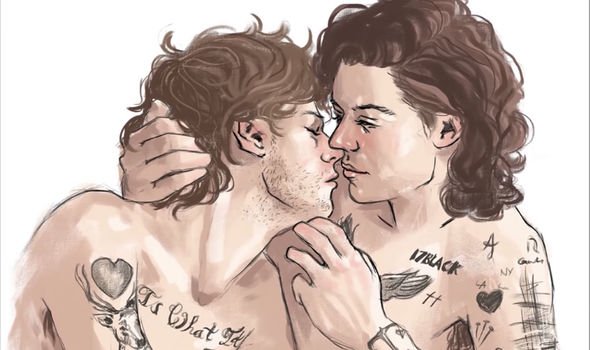 A Louis fan tweeted that Harry seemed “quite friendly” with the show’s creators but “You can just tell Louis is NOT gonna like it.”

The star himself answered: “I can categorically say that I was not contacted nor did I approve it.”

Hannah fired back: “Get it sorted!!! It’s not right to use your image and name for something you didn’t agree to!”

Many fans feel offended that the purity of their imagined love was shown in such a “gross” way, while others note that the online fan fiction is full of similar sex scenes. Those who ship Harry and Louis call themselves Larries.

One fan wrote: “It’s such a shame for a high television like HBO to do that kind of thing and WITHOUT even asking?! I mean, if it was something nice about their work… but this? a lot of disrespect to not say worse…”

Another agreed: ” That wasn’t nice, they were sexualising them trying to say that our fandom is like that. We support love, LOVE, not only that type of scenes. I am crying both didn’t deserve that. It’s gross, I’m a Larrie but I think doing that Scene was a very bad thing.”

However, it was also pointed out: “but Larries DID sexualize them on wattpad and tumblr fanfics.”