Elton John marriage: Who was Sir Elton’s wife? How long were they together?

Sir Elton John has been out and proud since the late 1980s, after years of speculation around his sexuality. He married his husband David Furnish at the first opportunity when same-sex marriage was legalised. This was not his first marriage, however, as he had previously married a woman before his sexuality was made known – and Valentine’s Day sees the anniversary of that day come round again.

Who was Sir Elton John’s wife?

Sir Elton met Renate while recording his comeback album Too Low for Zero in 1983 and they married the following year while on tour in Australia.

Their wedding, on February 14, 1984, was an extravagant affair attended by press, but the marriage itself was short-lived, and they divorced only four years later in 1988. 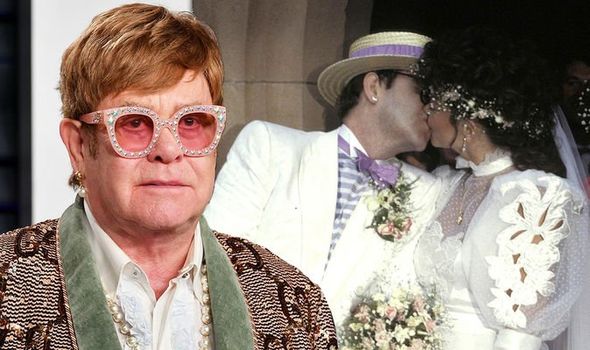 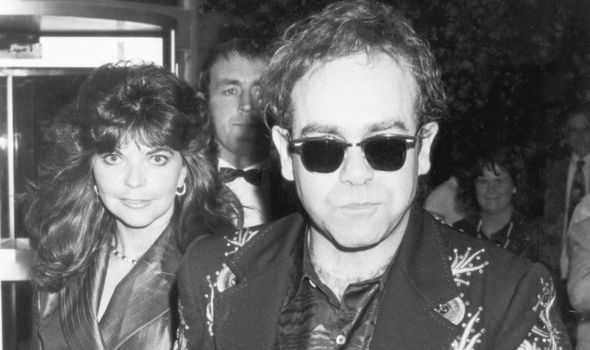 Before their wedding, in 1984, Sir Elton out as bisexual in an interview with Rolling Stone, and a few years after their divorce, he was openly gay.

In a 2008 interview with The Australian, Sir Elton talked about his marriage to Renate, saying: “A drug addict thinks like this: ‘I’ve had enough boyfriends, and that’s not made me happy, so I’ll have a wife — that will change everything.’

“And I loved Renate. She’s a great girl. I really, really loved her. But, you know… it is one of the things I regret most in my life, hurting her.”

However, Renate was not the first woman in Sir Elton’s life, as he had been previously engaged to secretary Linda Woodrow in the late 1960s. 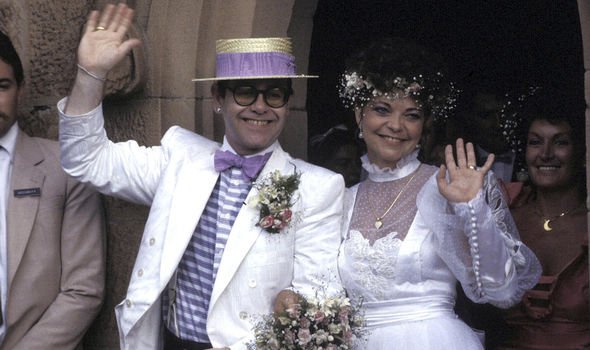 Linda has since spoken about their relationship, saying she was devastated about their break-up, which happened a month or so before his first big hit with Your Song.

She told the Daily Mirror: “We were a month away from the wedding when he drunkenly woke me up and told me it was off.

“Then he called his stepfather to come and get him. He walked out and that was it. I was so shocked. I loved him very much, and I thought he loved me.”

She also claimed Bernie Taupin and John Baldry told Sir Elton to call off their wedding, saying “he was going to ruin two lives, his own and mine.” 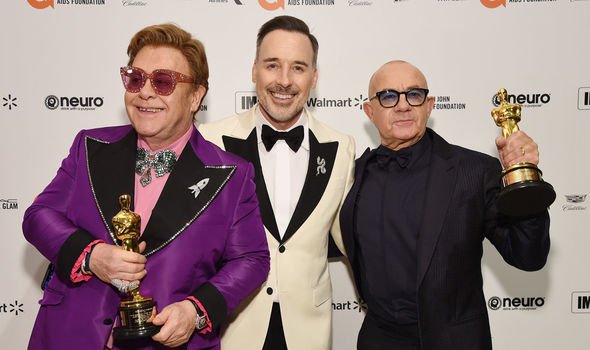 Some have suggested Linda is part of the lyrics for his song Someone Save My Life Tonight, which she called “painful” whenever she hears the lyrics, which talk about having someone “roped and tied, altar-bound, hypnotised.”

Renate’s legal representatives claimed the renewed interest in their relationship, triggered by the book and film, caused her ‘great anxiety.’

One of her legal counsel, Yisrael Hiller, said: “The recent disclosure of very personal details about our client has only come to light because Sir Elton’s team demanded the information.

“Renate remains hopeful that Sir Elton will accept that he has breached their agreement and undertake never to do so again so that Renate can live without fear of further invasion of her privacy.”

The case was settled in October 2020, with Sir Elton’s legal team releasing the following statement: “The parties are happy to announce that they have resolved this case, in a way that acknowledges Renate’s need for privacy.

“For her part, Renate acknowledges that Elton has acted in a dignified and respectful way towards her in the last 30 years and has always been happy to help her.

“They will not be discussing each other, or their marriage, in future and will be making no further comment about the case.”