Its the mystery of Misty from schmaltz to waltz 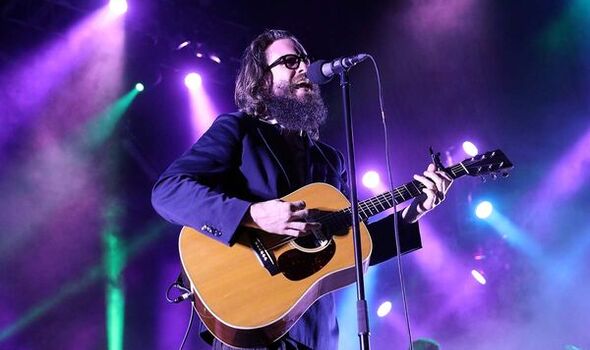 Father John – aka Joshua Tillman – is one of the oddest artists around today and certainly the most interesting. His work is morbid, darkly funny and difficult to define.

This, his fifth solo album, draws on an unusual palette of genres, from schmaltz to waltztime, with the unifying element of Misty’s warm-as-toast vocals.

He jumps between musical styles with the slick ease of Rory Bremner mimicking politicians, even throwing in 1960s’ bossa nova with Olvidado (Otro Momento). Tender country ballad Goodbye Mr Blue (ostensibly about a dying cat) borrows its tune and its feel from

Chloë could have been written by Noel Coward. It sounds like a pre-war big band but the crooned lyrics tell a more modern story.

Is Chloë – a shoplifting socialist who hangs out with art critics – the narrator’s alter ego? We know from verse two that she’s a he and, from the last one, that she threw herself from a balcony on her 31st birthday to the strains of Burning Witches’ Flight Of The Valkyries.

Funny Girl, which references a “five-foot Cleopatra”, is a charming, if maudlin, homage to old-school Hollywood and Liz Taylor who did indeed “charm the pants off Letterman” in 1996.

Its lush orchestration could be straight from an old-school musical. Misty ends with The Next 20th Century, a provocative, occasionally explosive lament with lyrics that read like an acid trip through human folly.

Is it honest, is it satire? Don’t expect Father John to tell us.