Jennifer Lopez has had her fair share of relationship drama – and after weeks of speculation, it has been confirmed today (April 15) that she has split up with Alex Rodriguez.

From the tale as old as time high school sweetheart love story to toxic divorces, court cases and even a tragic death, it seems even the glitz and glamour of Hollywood isn't enough to protect a heart.

The Hollywood actress isn’t afraid to wear her heart on her sleeve, and following the announcement of her breakup with latest beau Alex Rodriguez on Thursday, we reflect back on J.Lo’s notorious dating profile. Her first 10-year relationship began when Jennifer was just 15 years old in 1984.

The high school sweethearts were together for a decade.

She dated David Cruz until 1994, when their relationship fizzled out, but J.Lo admitted a decade later that David was "a friend" who "probably knows me better than anyone else".

Jennifer was a back-up dancer for the majority of their relationship, and the pair split just before she rocketed to fame.

They dated briefly, with Jennifer admitting he was "flirting" with her on set, but that it "started getting a little more serious".

She added: "He would invite all of us out, and at the end of the night, he would sometimes try to kiss me. I would tell him 'Wesley, please, I don’t see you that way'."

Last year the duo ran into each other at the Golden Globes, where they were both presenting.

But it definitely didn’t rekindle any flames.

Jennifer married Cuban waiter Ojani Noa back in 1997, though she has since said that she "doesn’t really count" it as a marriage since the couple divorced less than a year later.

Following their toxic split, Ojani attempted to begin his own acting career, appearing in minor films including Rappin-n-Rhyming in 2002 and Vendetta: No Conscience, No Mercy in 2004.

He also threatened to write a tell-all book about their relationship and split, but was sued by J.Lo and received an injunction forbidding him from "criticising, denigrating, casting in a negative light or otherwise disparaging" his ex-wife.

The former waiter also tried to sell a video tape of their honeymoon.

His business partner Ed Meyer said it included Jennifer "with a lack of clothing and in sexual situations".

Thankfully, the injunction stopped him from doing so.

While working on her album On the 6, Jennifer met Sean Combs – AKA P Diddy.

The pair dated from 1999 until 2001, but alleged infidelity forced the split, with Jennifer commenting in 2003: "I never caught him, but I just knew."

However, they have remained on good terms, and were caught hugging backstage in Las Vegas back in September 2018.

J.Lo’s second marriage seemed to be over before it had even begun.

She exchanged vows with dancer Chris Judd in September 2001, but their marriage was over by June the next year.

The pair met while filming Jennifer’s Love Don’t Cost a Thing music video, in which Chris appeared as a back-up dancer, but they "didn’t have what it takes to make a marriage work".

Chris said the nine-month marriage was "very tough" and admitted he "didn’t feel normal" being thrust into the spotlight.

The couple that launched all celeb couple nicknames – Bennifer.

Jen met fellow actor Ben Affleck on the set of Gigli, a mostly forgotten film which failed to hit big in Hollywood.

They got engaged in November 2002, but called it off in 2004 without ever making it to the altar.

Jennifer said there was “a genuine love there” for Ben, but it wasn’t meant to be for the star-studded pair.

Ben went on to marry Jennifer Garner that same year, while J.Lo moved on to a relationship with Marc Anthony.

Jennifer’s longest marriage was to singer Marc Anthony, who she initially collaborated with musically in 1999.

Unfortunately, they split in July 2011 after working together on several joint tours, stage performances and a movie.

However, J.Lo wasn’t happy, but kept making an effort for their children; since then, she has dubbed co-parenting with her ex "the hardest work I do".

Following the trend of dating her back-up dancers, Jennifer met Glee actor Beau 'Casper' Smart in 2011 when he was working on her tour.

They dated until 2016 before calling it quits, following an on-again, off-again spell.

She described their relationship as "not that dramatic", though Casper was 18 years her junior.

"I thought I was ready for a relationship with a woman with kids and everything," he continued, adding that he was "very young and selfish". 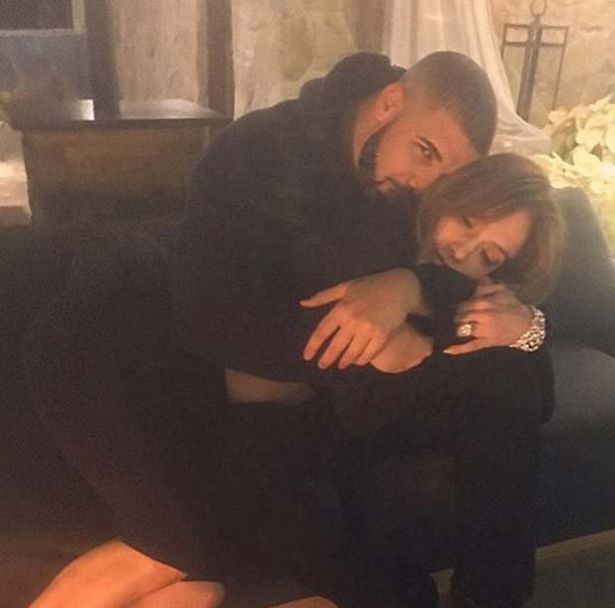 Though they never a confirmed anything romantic was going on, J.Lo and rapper Drake were surrounded by relationship rumours in 2016, after their posting of cute pictures of the duo snuggling together on Instagram.

In 2017, Drake even referenced her in his song Diplomatic Immunity, which included the lyrics: "2017, I lost a J.Lo."

Similarly to Casper, Drake would have been 17 years younger than Jenny from the Block if they had been together. The lovebirds got together in 2017 and announced their engagement in March 2019.

The pair have shared numerous pictures of their blended family, as Alex shares two daughters with his ex-wife Cynthia Scurtis.

But Jen admitted they were "better as friends" in a statement to the Today show.

"We wish the best for each other and one another’s children," she continued.

Though reports of their alleged break-up first came to light in March, the couple denied the rumours, telling TMZ: "All the reports are inaccurate. We are working through some things."

It came after the former athlete was referenced on the season seven Southern Charm reunion, with Madison LeCroy accused of sleeping with "ex-MLB players".

Though the name was bleeped out at the time, it was later confirmed to be referring to Alex.