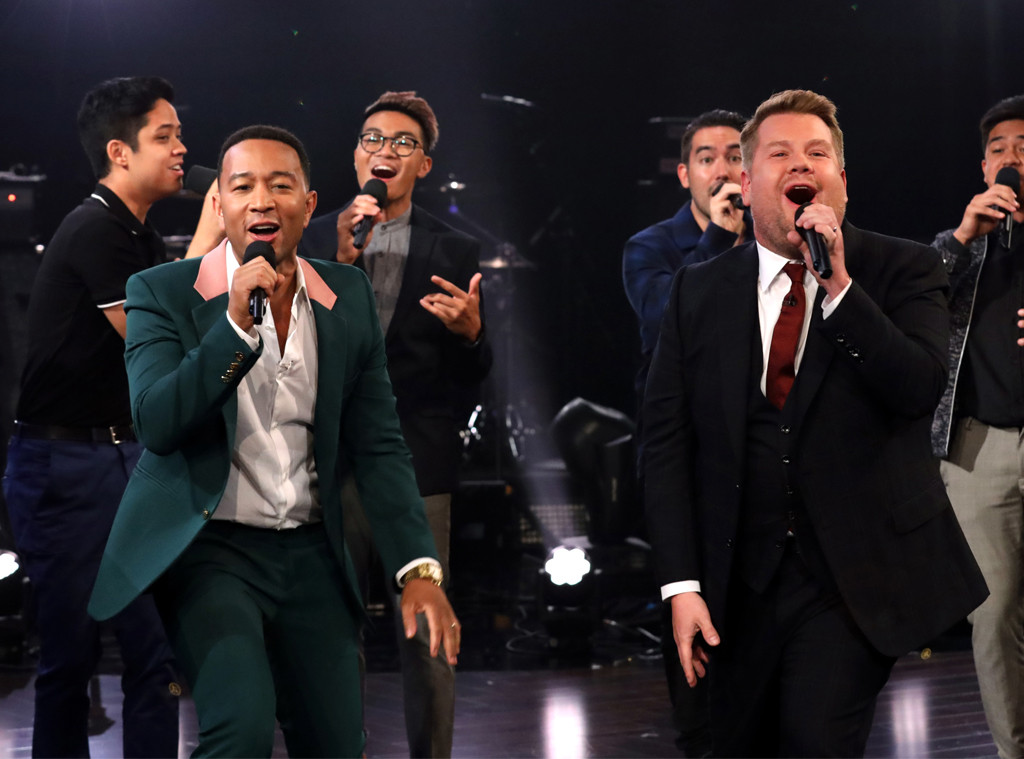 It was a battle of ballads and bops.

Apparently, James Corden is a bone to pick with the radio this summer because he made a plea for more jams. “Whenever I turn the radio on nowm all I’m getting on the radio are like slow boring ballads—do you know what I mean?” he asked his Late Late Show audience on Tuesday night.

“I want to roll down the windows. I want to jam out,” he said. “No one wants to hear some guy on the guitar crying about his girlfriend in the middle of the summer. It just feels wrong.”

Well, not according to John Legend. The Grammy winner suddenly appeared on stage with a rebuttal. “I feel attacked,” the singer retorted. “It feels like kind of personal, you know, for me…Summer’s a time to slow things down.”

Fortunately for viewers, the two settled their argument—with a ballads versus bops riff-off. With help from a cappella group, Filharmonic, the two took turns performing versions of famed ballads and bops, from All-4-One‘s “I Swear” and the Jonas Brothers‘ “Sucker” to Legend’s own “All of Me” and Billie Eilish‘s current hit, “Bad Guy.”

However, as most riff-offs on The Late Late Show conclude, the men found a happy medium. Cue Lewis Capaldi‘s “Someone You Loved.”

Together, they slowly launched into a harmonized rendition of the track and finished it off as a speedy dance bop. Can we get this version for our summer playlist?

Watch the musical fun unfold for yourself in the video above!