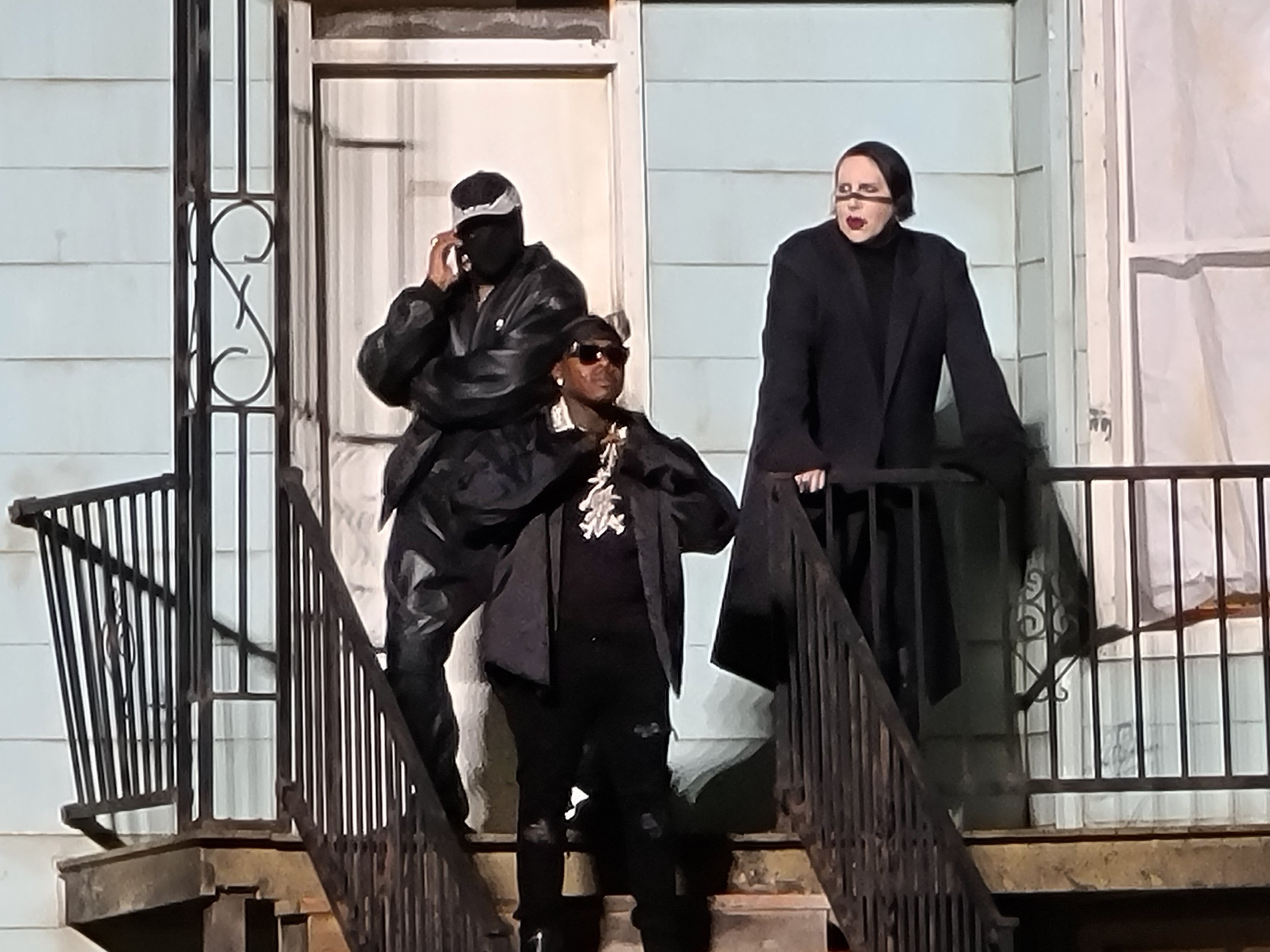 Kanye West often courts controversy, but we think that may have been the point when it came to his guestlist for his latest Donda listening party.

The rapper brought Marilyn Manson and DaBaby on stage at Soldier Field in Chicago, as he hosted the third listening party for his as yet unreleased album.

This time, Kanye built a replica of his childhood home in South Shore in the middle of the stadium, and performed on the steps.

However, the spectacle was overshadowed by the inclusion of Manson, who currently faces allegations of sexual, physical and emotional abuse from four women, and DaBaby, who recently made homophobic comments related to HIV/AIDS.

Manson, 52, real name Brian Warner, and DaBaby, 29, real name Jonathan Kirk, joined Yeezy, 44, on the porch of his replica home as he performed songs from Donda – and if that weren’t enough, DaBaby replaced Jay-Z’s verse on Jail, one of the album’s most popular songs so far.

While there was great feedback on the track, which reunited former best friends and collaborators Jay and Kanye, DaBaby now raps on the song, and seems to reference the backlash to his comments at Rolling Loud Festival, saying: ‘I said one thing they ain’t like and they threw me out like the garbage.’

The event was streaming on Apple Music, and Manson and DaBaby’s appearance was majorly criticised, with some suggesting that their inclusion was some sort of commentary on cancel culture.

Another surprise for fans at the listening party was Kim Kardashian emerging for the last song in a wedding dress – despite filing for divorce from Kanye in February.

The 40-year-old walked out in a Balenciaga Couture wedding dress during No Child Left Behind, the final song of the night.

Despite the symbolism, sources say that the estranged spouses are not back together, and Kim was simply supporting her ex-husband, who she shares four children with.

Oh, and Kanye also set himself on fire.

As of yet, Donda still hasn’t been released.