Kelly Rowland Weighs In On a Possible Destiny’s Child Reunion 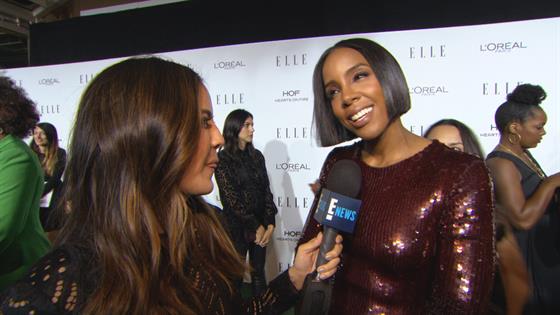 I don’t think you’re ready for this Destiny’s Child news.

On Sunday, Kelly Rowland stopped by Watch What Happens Live and weighed in on the odds that she, Beyoncé and Michelle Williams would ever reunite while answering fan questions.

“No, we haven’t talked about it,” Kelly said. “We talk about everything else but that.”

Still on the topic of Destiny’s Child, the “Motivation” singer also revealed her least favorite song from the beloved girl power group’s catalog. Muffling her response in fear of the backlash from host Andy Cohen and fellow guest NeNe Leakes, Kelly said, “My least favorite would have to be ‘Bug A Boo.’ There’s like this one part on the bridge where I’m like, ‘Ugh!'” For her favorite song, however, she said that she loved every song on Destiny Child’s 2004 album Destiny Fulfilled.

“OK, My least favorite was this one yellow number where we look little chickens,” she said. “We had, like, this little yellow outfit on but we looked like just little chicks.”

As for her favorite Destiny’s Child look, Kelly couldn’t help but rave over the head-turning outfits the trio wore for their surprise performance during Beyoncé’s 2018 Coachella set.

It wasn’t until Kelly watched the performance herself that she gave herself a pat on the back. “I was like ‘Yeah, alright girls!'”

(E! and Bravo are both part of the NBCUniversal family.)