Little Mix: Leigh-Anne Pinnock and Andre Gray Share Their Engagement on Instagram and Mixers Are Over the Moon

A few weeks ago, Little Mix’s Leigh-Anne Pinnock joked about getting engaged to her professional soccer player boyfriend, Andre Gray. But now, it’s the real deal. On May 28, Pinnock and Gray announced their engagement on Instagram, just hours after gushing over their four-year anniversary.

RELATED: 7 Little Mix Music Videos To Get You Into Their Songs

In early May 2020, Pinnock tricked her Little Mix bandmate, Perrie Edwards, by showing off her engagement ring finger during a chat on Capital Radio.

“You can’t do that, Leigh-Anne,” Edwards said at the time. “I nearly died.” And the same went for the rest of the Little Mix fandom.

Then on May 28, Gray and Pinnock shared their engagement photos on Instagram. The first pic featured Pinnock holding up the ring. The second image showed Gray on one knee as Pinnock hid her face behind her hands.

“Let the caption speak for itself this time,” Gray wrote on the caption, adding a heart and ring emoji. He also wrote, “Hasta la muerte,’ which means “till death.”

Let the caption speak for itself this time. ❤️💍 Hasta la muerte.

Following the announcement on Instagram, Mixers shared their excitement for Pinnock and Gray on social media, even trending “Leigh-Anne” on Twitter on Thursday evening.

“These photos,” a fan wrote on Twitter. “I’m crying I’m so happy for you Leigh Anne.”

“Y’all Leigh is getting married!!” another fan tweeted. “I’m so happy for her.”

Meanwhile, other Little Mix fans are hoping to see Pinnock’s bandmates — Jade Thirlwall, Jesy Nelson, and Edwards — involved in the couple’s wedding in some way.

“Leigh-Anne Pinnock is engaged @LittleMix as bridesmaids is coming,” a fan wrote. “We won Mixers.”

Happy Anniversary baby… how has 4 years gone so fast! 😩❤️ all I know is I'm another year more crazy about you. I couldn't love you harder if I tried ❤️❤️❤️

RELATED: Little Mix’s Jesy Nelson Recalls ‘Constantly Being Heartbroken’ As She Opens Up About Cyberbullying

Now, Pinnock and Gray have been dating for some time. The couple met back in 2016 and eventually became Instagram official in early 2017. Then for the next few years, fans watched Pinnock and Gray’s romance blossom. Gray even appeared in Little Mix’s “Think About Us” music video.

Now, Gray and Pinnock are living together and have officially hit the four-year mark. And hours before the engagement announcement, Pinnock celebrated her anniversary with a sweet photo alongside her now-fiancé.

“Happy Anniversary baby… how has 4 years gone so fast,” Pinnock wrote. “All I know is I’m another year more crazy about you. I couldn’t love you harder if I tried.”

Then Gray responded in the comments, “Time flies when you havin fun.” 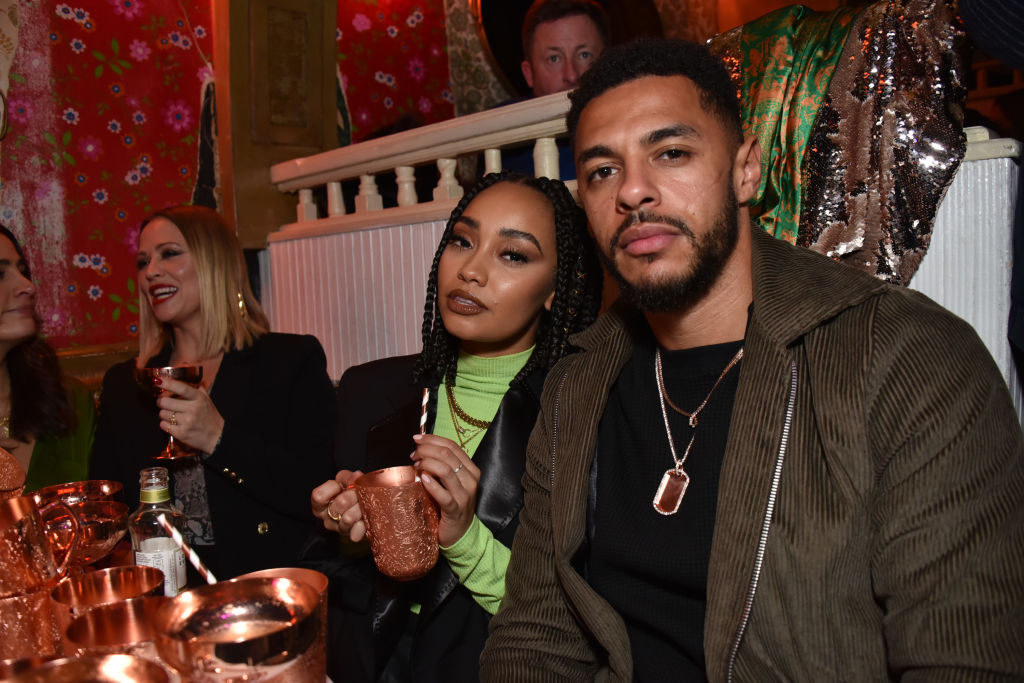 Meanwhile, Pinnock recently opened up about getting married to Gray during an interview with Metro UK published in March 2020.

“I’m just excited. We both want it so bad. It’s always been hard, though, with obviously being in the group and never knowing when to go,” Pinnock said. “It’s not something I’ve actually really thought about because we’re always so busy, but it’s in the back of my head.”

She continued, “If I wasn’t in Little Mix we probably would have started planning already. We’re both really excited so when the time comes, then yeah, we’ll be ready.”

With Pinnock and Gray’s engagement announcement on Instagram, it seems the pair will start planning now. Congratulations to the happy couple!