Maren Morris Is Becoming the Voice for Women in Country Music

Maren Morris is having a good year, to say the least. Her sophomore album, Girl, had the highest streaming debut by a country female artist ever. The lead single of the same name just reached number one on country radio, and she’s currently in the middle of her first major headlining tour, which has been selling out venue after venue.

These are major feats for any artist in the industry, but as a woman in country music, Morris’s accomplishments are particularly impressive given the current climate. According to a recent study, in 2018, female-identifying artists made up only 11.3 percent of country radio airplay. The lack of female artists on the radio has been at the forefront of discussion, and while there has been a shift in conversation, Morris thinks it’s time to do more, saying, “At some point, we have to stop talking about it and just prove through action.”

The 29-year-old artist welcomed the BAZAAR.com cameras behind the scenes of her tour to share how she’s using her platform to help other female artists.

“I definitely had dues to pay, and I’ve had a lot of doors shut on my face.”

Morris was raised in Arlington, Texas, and started playing guitar when she was only 12 years old. She spent the majority of her childhood performing in what she calls “shitty honky-tonks,” and she says it took a toll on her. “I schlepped it out for probably 15 years,” Morris recalls, saying she was constantly stiffed by club owners who never paid her. But she played through the less-than-ideal conditions, remembering how she was “essentially background music,” as people would spill beer on her stage.

At 23, Morris set aside her dreams of being an artist to pursue songwriting full-time in Nashville. She was somewhat successful, landing cuts with Kelly Clarkson and Tim McGraw. But it was when she wrote a song called “My Church” that she had trouble giving it away to another artist. Morris ultimately released the song independently on Spotify, and it gained 2.5 million streams in just one month.

“I definitely had dues to pay, and I’ve had a lot of doors shut on my face, but one song can change everything, and that’s what happened with ‘My Church,’” Morris says. 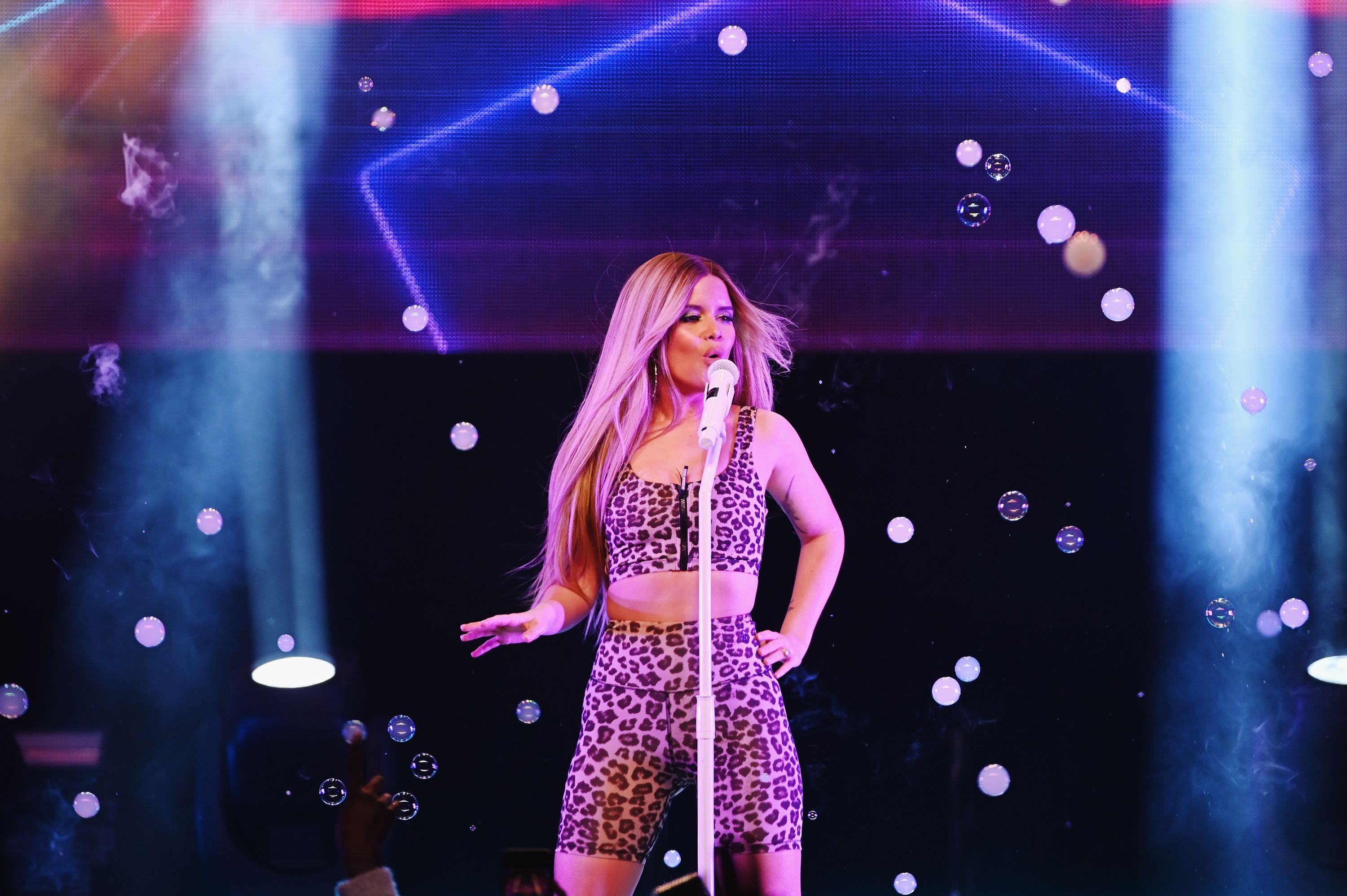 The song caught the ear of Nashville, landing Morris a record deal and a spot on tour with Keith Urban.

“I could tell she had this really particular artistry that wasn’t like anybody else, and I just loved it and wanted to take her on tour right away,” Urban says.

From there, Morris’s career took off. Her single, “I Could Use a Love Song,” went to number one on country radio in 2017. That same year, she won her first Grammy, and shortly after, she had a top-five crossover hit with Zedd on the anthemic “The Middle.” In 2018, Taylor Swift even brought Morris out for a surprise performance on her Reputation world tour.

Although Morris has worked hard for all of her achievements, she’s aware that she’s an anomaly. Because even in 2019, country music favors mostly men.

“There are a lot of gatekeepers that just do not give the same time of day to a new female artist as they would do to a new male artist, and that’s just the long and the short of it,” Morris says.

“If radio is not going to play these girls, then I’m going to bring them out on the road with me.”

Sheryl Crow, one of Morris’s biggest influences, echoes this sentiment, telling BAZAAR.com, “The assumption is that we wouldn’t sell advertising for radio and that we wouldn’t sell tickets, and yet these are some of the greatest songs out there right now, and they’re being written and performed and produced by these young artists.”

Morris is putting her money where her mouth is. In addition to having a team made up of mostly women (her manager, agent, bass player, etc.), she chose to feature only female openers on her tour.

She figures, “Okay, if [radio] is not going to play these girls, then I’m going to bring them out on the road with me and thousands of people are going to be seeing them sing these songs every night. And little by little, the dial is going to shift for the better. I think that’s all we can do is go out and play the fucking songs and hope that people like them. Radio is really important, but there are tons of artists that have been hugely successful without it.”

Catch Maren Morris on her Girl: The World Tour.

Stream her new collaboration with Sheryl Crow and Stevie Nicks, “Prove You Wrong.”

Special thanks to Monaliza Studios.