Martina McBride Takes on Role of Podcast Host: ‘They’ll Hear a Different Side of Me’ 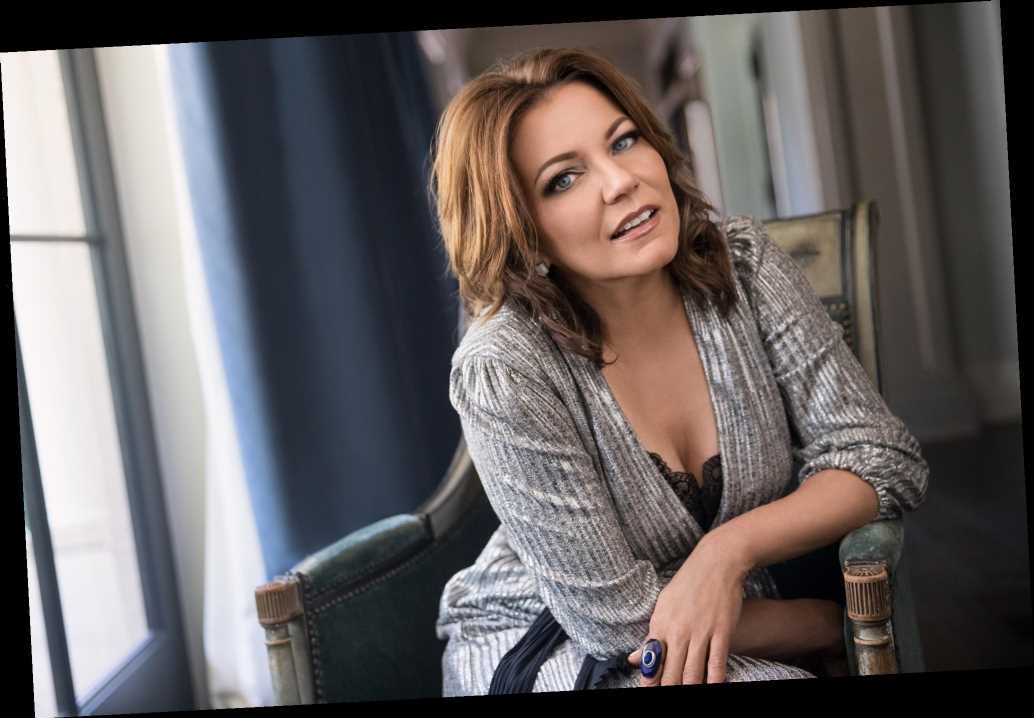 Martina McBride doesn’t need to prove anything to anyone at this point, but the “Independence Day” singer recently updated her résumé with a new role: podcast host. Vocal Point, launched in conjunction with Luminary Media and Believe Entertainment, aired its first episode September 27th featuring guest Garth Brooks, with whom McBride and her sound-engineer husband John got their first big breaks in country music. It’s a freewheeling, wide-ranging format that feels intimate and conversational by design.

“I really wanted to get people talking,” says McBride. “I’m sort of an introvert so I was like, ‘I don’t know if I’m going to be any good at this. I don’t really want to sit down and talk to people,’ but I’m really enjoying it.”

In his appearance, Brooks comes across as unvarnished and unguarded — he even drops an F-bomb at one point — as he touches on his shared memories of working with McBride, his own family, and his outlook on making music in 2019. It’s a slightly different flavor than when an artist is talking to a journalist or radio host with the objective of promoting a new album or tour.

“The listeners will hear a different side of these artists, and they’ll hear a different side of me as well,” says McBride, who plans to release new episodes weekly. “My daughter, she’s 21, she listens to a lot of podcasts. She said, ‘I heard you differently than I hear you most of the time when I hear you do interviews. You sounded more like you sound around us, like you sound around the house.’”

With announced guests including Brenda Lee, Runaway June, Pam Tillis, Dustin Lynch, and Rosanne Cash, Vocal Point is carefully looking back through country history while shining a spotlight on its present and future. McBride says they started with a “big fat wish list” when choosing their guests, with 26 episodes planned for the podcast’s first season.

“We just reach out and we’ve been really lucky that a lot of people have said yes,” says McBride, who notes plans to expand beyond country music to actors and celebrity chefs.

Occasionally, Vocal Point will tackle something really current and topical. During her conversation with Brooks, McBride touches on music delivery systems, to which Brooks offers the hyperbole that people wouldn’t have exalted the Beatles, Elvis Presley, or Aretha Franklin if streaming was the norm. And while that part may be a stretch, streaming is certainly having an effect on discovery, as McBride recently learned when trying to build a country playlist on Spotify and had some difficulty getting recommended any songs by women. McBride had a conversation with a representative from the company as a result, but has yet to see any difference.

“I don’t know how long it takes to change that, but it’s been a few weeks now,” she says.

McBride chalks it up to a problem of familiarity. If country radio isn’t playing songs by women, listeners don’t have a chance to get to know the songs. That ends up affecting all other parts of the ecosystem. It’s even slowing the ascent of the genre’s future icons.

“When it comes up on your playlist you might have the impulse to skip it, because you’re not familiar with it,” says McBride. “You’re like, ‘I’ve got 25 men they’re playing for me, and there’s this female artist and I don’t know this song,’ because they’re not hearing it on the radio. So they skip it, which feeds into Spotify’s algorithm of, ‘They’re skipping these female songs.’ It’s a self-perpetuating, vicious cycle.”

As for her own music, McBride hasn’t put out a new album since 2018’s It’s the Holiday Season and a non-holiday project since 2016’s Reckless. There’s nothing definite on the horizon, but now she’ll have Vocal Point to keep her creative energy flowing until the right idea hits.

“I want to make more albums,” she says. “I’m just wanting to do something really special and it’s just taking me a minute to be inspired to figure out what that is.”

END_OF_DOCUMENT_TOKEN_TO_BE_REPLACED

END_OF_DOCUMENT_TOKEN_TO_BE_REPLACED
We and our partners use cookies on this site to improve our service, perform analytics, personalize advertising, measure advertising performance, and remember website preferences.Ok