Stranger Things fans were blown away by part two of season four earlier this month. The Netflix show’s latest episodes brought all the sprawling plot lines together as every character attacked the villain Vecna at the same time.

During the fight, Eddie Munsen had a particularly important task to carry out. He had to draw the Demobats to his location.

Eddie did this by standing atop his trailer home and playing Metallica’s legendary song Master of Puppets on an electric guitar.

The band has now opened up about seeing their work featured in such an iconic moment on the show.

They captioned the video: “The way [the writers and directors] The Duffer Brothers have incorporated music into Stranger Things has always been next level, so we were beyond psyched for them to not only include ‘Master of Puppets’ in the show, but to have such a pivotal scene built around it.” 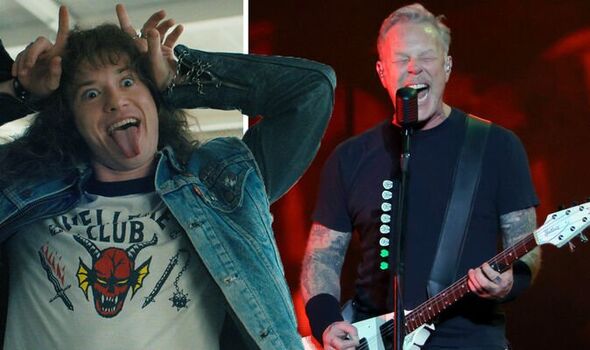 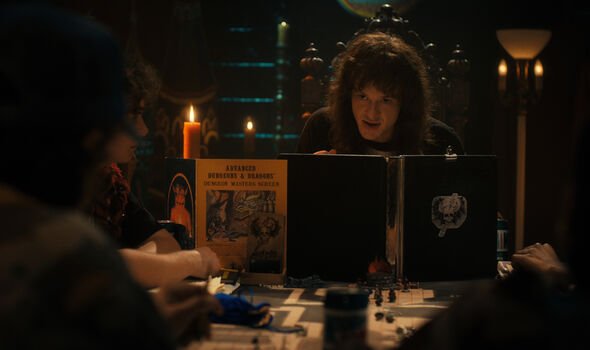 Metallica added they were “stoked” to see the final edit when it was completed.

“We were totally blown away,” they went on. “It’s so extremely well done.”

They also praised dedicated fans who worked out what song was being played long ahead of time after analysing just a few seconds of footage from the series trailer.

“How crazy cool is that?” they added. 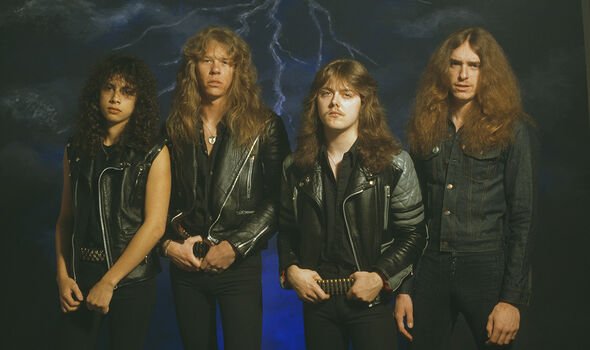 They finally gave some final praise to Eddie and his exciting journey throughout the dark science-fiction show.

Metallica said: “It’s an incredible honour to be such a big part of Eddie’s journey and to once again be keeping company with all of the other amazing artists featured in the show.”

The actor behind Eddie, Joseph Quinn, recently got candid about being asked to play guitar in the record-breaking show.

He said: “I remember Skyping with the brothers before I signed on, and they weren’t giving away very much. They sent me a couple emails asking if I played guitar and I said yes I did.”

Eventually, Joseph was sent the script for Stranger Things and he absolutely loved Eddie.

“I kind of imploded,” he confessed. Before going on to prepare for his role in earnest.

He recalled: “[I] went to go buy a guitar as soon as I could and started practising.”

Metallica is not the first artist to have a resurgence all thanks to Stranger Things season four.

Kate Bush’s incredible track Running Up That Hill (A Deal With God) has also hit an incredible amount of popularity after being featured in a massive moment with Max Mayfield.

Kate’s song has since hit number one on the UK charts, and other charts around the world.

Kate herself said: “You might’ve heard that the first part of the fantastic, gripping new series of Stranger Things has recently been released on Netflix. It features the song, ‘Running Up That Hill’ which is being given a whole new lease of life by the young fans who love the show – I love it too!”

She added: “Because of this, ‘Running Up That Hill’ is charting around the world and has entered the UK chart at No 8. It’s all really exciting! Thanks very much to everyone who has supported the song. I wait with bated breath for the rest of the series in July.”

Stranger Things season 4 is available to watch on Netflix now.