Their latest return to Les Miserables in London’s West End this month may have met a miserable fate, locked down along with the rest of the country’s performing arts, but there is still plenty for fans to enjoy now – and look forward to next year. The chart-topping duo still have a new Christmas album out, West End shows in the Spring and a tour later in the year. I spoke exclusively to Michael and Alfie and it was as riotous as expected.

We caught up on Zoom. I reminded them they told me last time about how Michael mooned Alfie when they first met during a performance of Kismet at the London Coliseum ten years ago. Does Alfie worry it will happen over video chats?

“It wouldn’t be the first time,” he says as Michael shouts, “He loves it” and stands up and turns around, starting to lower his trousers.

“The problem is, you can’t tell the difference,” Alfie points out. “You never know which end he is speaking from.”

“Oh please,” Michael cackles, “I’m always talking out of my ar*e, we all know that.” 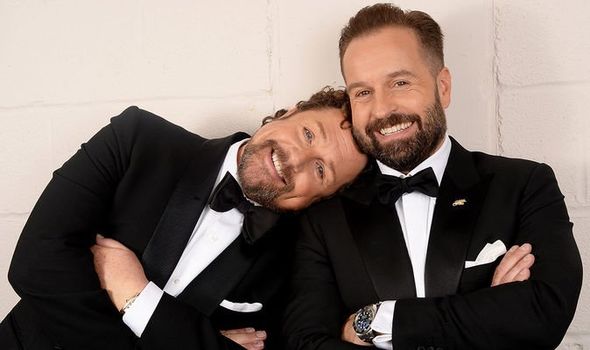 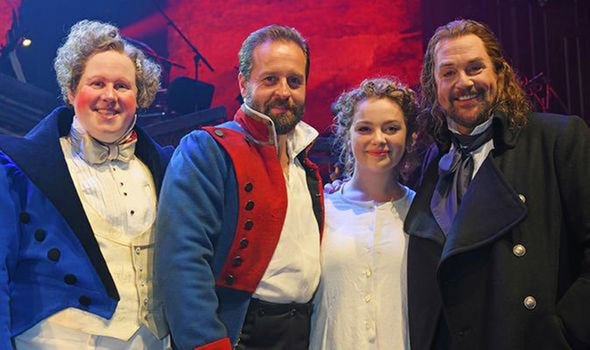 I can’t resist asking what Alfie would wrap in a ‘Boe’ for his friend under the Christmas tree.

He says: “Me! But fully clothed. That’s the wrapping!”

Michael leans into the camera, “Let’s put it the way… he doesn’t have anything terribly big to give me.”

He puts on a cod Northern accent and waggles an imaginary cigar, “Ey, there’s nowt wrong with our Alfie downstairs!”

Poor Alfie says, “You do realise this is going in the paper?” 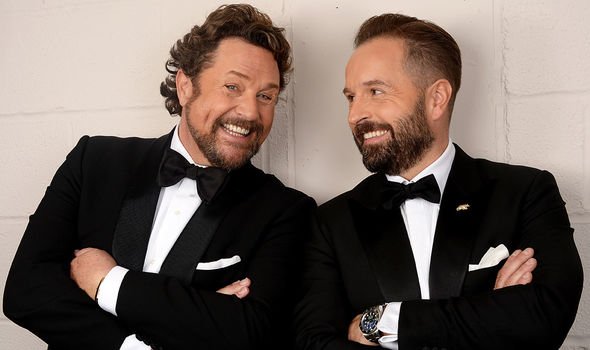 Michael actually does have a lovely idea for his friend’s gift: “Oh Alf, if I had the money I’d get you the best motorbike. I know you want a Harley.”

I suggest it would be wonderful to imagine them many years from now, still touring the country with Michael perched on the back of his friend’s motorbike.

“Oh no, I’d have to be in a sidecar with my hairnet,” Michael says. “We’d be like the Two Fat Ladies. He’s not getting rid of me ever. I’m clinging on for dear life.”

In the near future, they will be touring the UK once more when their 11-date tour kicks off next November. 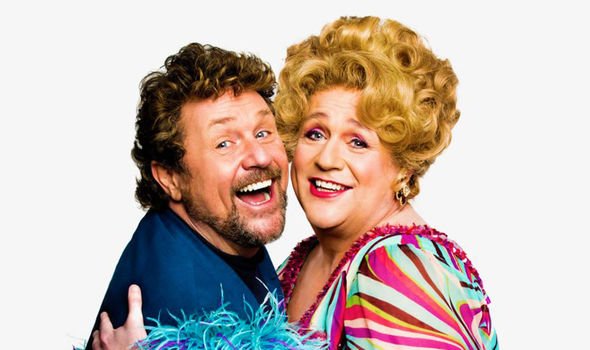 And speaking of larger ladies, Michael will also reprise his classic turn as Edna Turnblatt in the musical Hairspray, when it returns to London’s Coliseum next April. Does Alfie worry that his notoriously shy and retiring friend will struggle slipping into drag every night?

“Well, I think he will eventually get used to dressing as woman,” he jokes. “Oh hang on, here he goes.”

Michael disappears from our screens and comes back clutching an enormous pair of bright pink stilettos.

“You know he wears those while he’s cooking,” Alfie says.

“It’s part of my gluteus maximus workout. They’re pert as anything,” Michael grins. “Alfie hasn’t seen me in the role yet but he will be strangely drawn to me. He’s gonna go, ‘Oh, I probably would.'” 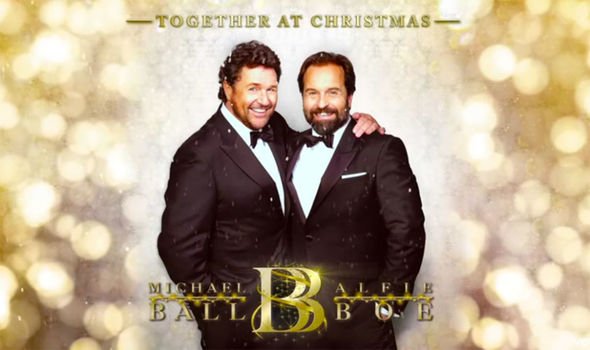 The new album Together At Christmas includes a new track, My Christmas Will Be Better Than Yours, and I wonder what Michael thinks he does better than Alfie.

While they’re both roaring with laughter, in a final attempt to restore order,  I ask them what they would say if they had a chance to do a ‘Queen’s speech’ to the nation at Christmas.

“It never changes,” Michael says. “Peace on Earth and goodwill to all man. No matter who you are and aren’t able to spend it with this Christmas, it’s about reassessing, about rebirth. We are going to find ourselves in a different world next year but who’s to say it can’t be a better world? We can learn from this. Hold on to the beautiful things and make them last throughout the year.”

Naturally, he can’t resist adding, “Oo, that was gorgeous. You see? I should actually have my own religion.” 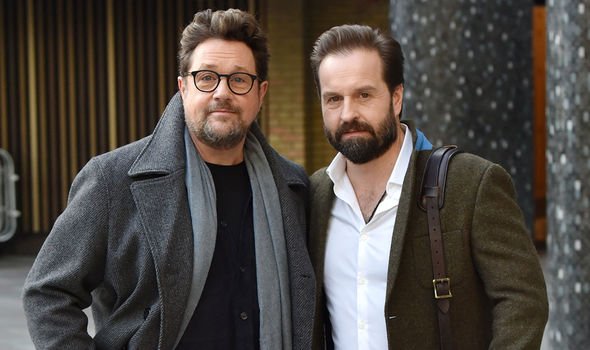 We turn to Alfie for his words of wisdom: “What he said. I always just let him rabbit on. But I think we should all celebrate that we got through this year and let nothing spoil the time we have with our families and loved ones.

“It’s been a terrible time for us all but we’ll come through this as stronger people, a stronger nation and better friends.”