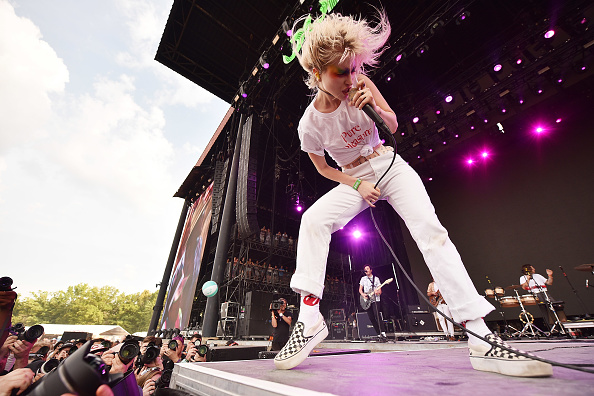 ‘Multiple women’ have reportedly been sexually assaulted during a Paramore show in Utah.

The rock band condemned the physical and verbal assault during a recent show in Salt Lake City that allegedly saw a male fan assault multiple women.

‘After last night’s show in SLC [Salt Lake City], we were made aware of an incident that happened in the crowd while we were onstage,’ the group wrote across their social media platforms.

‘A man physically and verbally assaulted multiple women, including an engaged couple at our show. Our security team and venue staff were made aware and were able to restrain and remove him.’

They went on to say the band did not realise this was happening during their show as it took place ‘out of view of the stage.’

The group said that had they been aware, the show would have been stopped until ‘the situation was under control’

‘PARAMORE DOES NOT CONDONE violence, homophobia, or bigotry of any kind. It is supremely unwelcome in our community and has no place at our shows,’ they continued.

‘To the fans who were hurt by or who witnessed what happened last night, we are so sorry. We hope that you know we will always do anything we can to protect you and make you feel celebrated.’

The group said that Paramore shows are ‘meant to be a safe space for people’ and that if fans can’t respect that, they should not come to their shows.

Following a four-year hiatus, the Tennessee trio has returned with a brand new single and tour across the US.

The band is promoting their forthcoming 2023 album This Is Why, featuring the newly released title track.

Vocalist Hayley Williams, 33, has previously spoken out against sexual assault within the music industry.

In 2020, she tweeted about her own experiences and praised those coming forward.

‘It makes my stomach hurt and my eyes turn red,’ the musician said.

‘It’s so crazy to me how frontwomxn can be such a powerful inspiration to so many young people, who see us as very much “in control” of ourselves and our immediate surroundings when we’re up on a stage.’

She continued by saying: ‘Frontwomxn are vulnerable and feel shame just the same as any young person going about any other lifepath. And the dudes in the bands? Well, they are most definitely vulnerable too.’

Hayley said people must continue to speak out against this behaviour, and that ‘we are all responsible for creating the scene; the standard, the culture.’