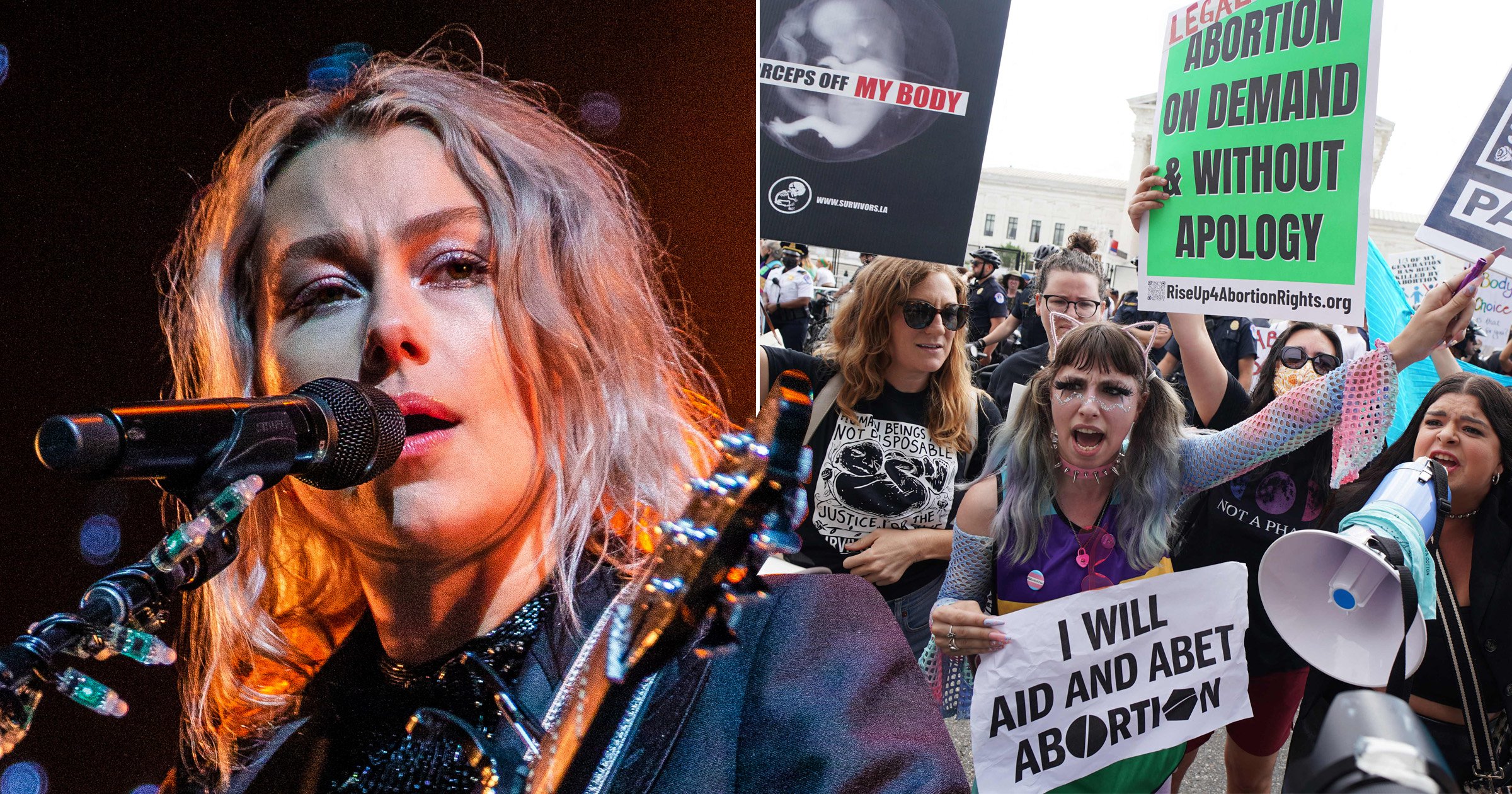 Singer Phoebe Bridgers rallied the crowd at Glastonbury 2022 to shout ‘f**k the Supreme Court’ following today’s Roe vs Wade ruling, saying that she’s been having the ‘s***tiest day’ following the announcement.

Today, the Supreme Court in the US overturned the landmark Roe vs Wade decision, marking an end to 50 years of guaranteed abortion rights across the nation.

Americans and people around the world have reacted with shock and fury over the news, including Viola Davis, former First Lady Michelle Obama and Taylor Swift.

During her Friday set at Glastonbury, American musician Phoebe said that while performing at the festival was ‘super surreal and fun’, she was having an awful day.

‘In all honesty, it’s like super surreal and fun, but I’m having like the s***tiest day. Are there any Americans here?’ as several people cheered back at her in response.

‘Who wants to say f**k the Supreme Court on three?’ she asked her audience, prompting a flurry of cheers.

The singer then yelled: ‘One, two, three: f**k the Supreme Court!’, as the festivalgoers chanted in unison with her.

She continued to express her horror over the decision, saying: ‘F**k that s**t, f**k America, like f**k you.

‘All these irrelevant, old, motherf**kers trying to tell us what to do with our f**king bodies. Ugh, like yeah. I don’t know. F**k it.’

In a statement shared on Twitter, Blank Space singer Taylor shared her ‘heartbreak’ over the Supreme Court decision.

‘I’m absolutely terrified that this is where we are – that after so many decades of people fighting for women’s rights to their own bodies, today’s decision has stripped us of that,’ she wrote, after quote-tweeting former First Lady Michelle.

In Michelle’s message, she said: ‘I am heartbroken today. I am heartbroken for people around this country who just lost the fundamental right to make informed decisions about their own bodies.

‘I am heartbroken that we may now be destined to learn the painful lessons of a time before Roe was made law of the land – a time when women risked losing their lives getting illegal abortions.’

Speaking at a press conference, he said: ‘I have always believed in a woman’s right to choose and I stick to that view, that’s why the UK has the laws that it does.’

Meanwhile, President Joe Biden called it a ‘tragic error’, saying: ‘Make no mistake, this decision is a culmination of a deliberate effort over decades to upset the balance of our law.’