In 1991, Queen frontman Freddie Mercury tragically died due to complications from AIDS at the age of just 45. Four years later the remaining three members of the band Brian May, Roger Taylor, and John Deacon released Queen’s 15th and final studio album. Made in Heaven featured unheard final recordings of Freddie Mercury prior to his death, while Deacon felt that Queen was done without its frontman.

Then in 1997 Deacon left Queen and hasn’t been involved since.

Instead, the bassist – who penned Another One Bites The Dust and is reportedly worth $105 million – lives a reclusive life in retirement out of the public eye.

In August, this year he turned 68 and both May and Taylor paid tribute to their old buddy who neither of them have seen in years.

In one interview Taylor said: “I haven’t heard a squeak from John, not a single guttural grunt.” 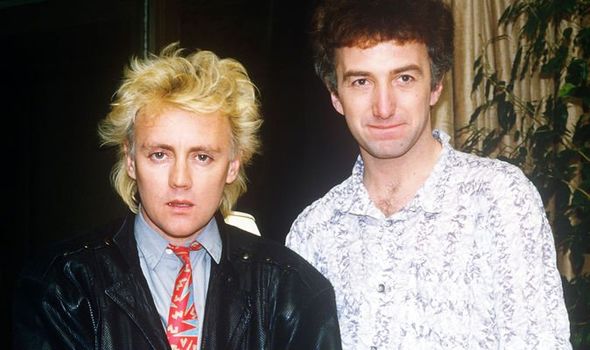 John and me…..On a break during our Japanese promo tour for The Works album.

He added: “We’re not in touch but John’s a sociopath, really, and he’s given his blessing to whatever Brian and I might do with the brand — and we’ve done rather a lot.”

And now Taylor has shared an intimate picture of himself and Deacon in Queen’s heyday.

The 70-year-old drummer wrote: “John and me…..On a break during our Japanese promo tour for The Works album.”

The snap appears to have been taken in 1984, just a year before Queen’s iconic Live Aid performance. 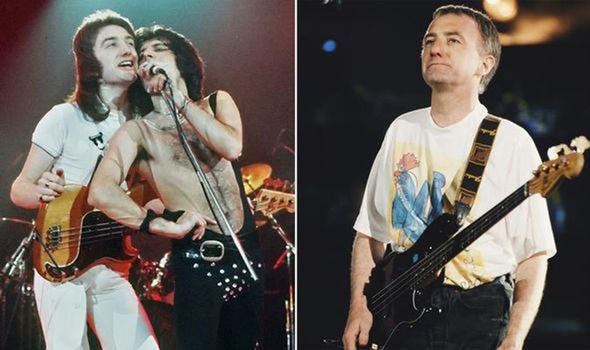 Japanese fans are some of Queen’s most devoted, with Freddie Mercury biopic being the highest-grossing movie of 2018 in the Land of the Rising Sun.

And now the band have announced a special fan-voted album called Greatest Hits in Japan to mark their 2020 tour with Adam Lambert.

Set for release on January 15, the album will feature the top-voted 12 classic Queen songs, with Somebody to Love and Don’t Stop Me Now coming out on top.

Queen and Adam Lambert kick of the Asian leg of their Rhapsody tour on January 18 when they perform two shows in Seoul, Korea.

They’ll then head to Japan for four sold-out shows from January 25 in Tokyo, Osaka and Nagoya.

Last week, Taylor shared a New Year message with Queen fans, saying how good it was that the band was still going even though only half the members are still performing.

The 70-year-old said: “Hi everybody out there in Queen Land and I hope you’re enjoying the Taylored of London stuff.

“Really appreciate all your pictures and comments etc.”

Taylor added: “It’s nice to have some feedback.”

“And I just want to wish everyone a really great 2020. Happy New Year, have fun!

“It’s so good that Queen is still going and hopefully entertaining you.

“We’re gonna see you on the road, we’re touring so much of this year. Looking forward to it. Happy New Year!”