SuperM released their debut album on Oct.4. The EP, SuperM: The 1st Mini Album, features five songs from the new group. Two of the songs are performed by all seven members, and the members are split up into different units for the other three songs.

All of the songs are certified bops, and there truly is not a bad song on the album. The five songs combine different music genres and give fans of SuperM a glimpse of what future albums could look like. SuperM fans can find a ranking of the five songs from the EP below. 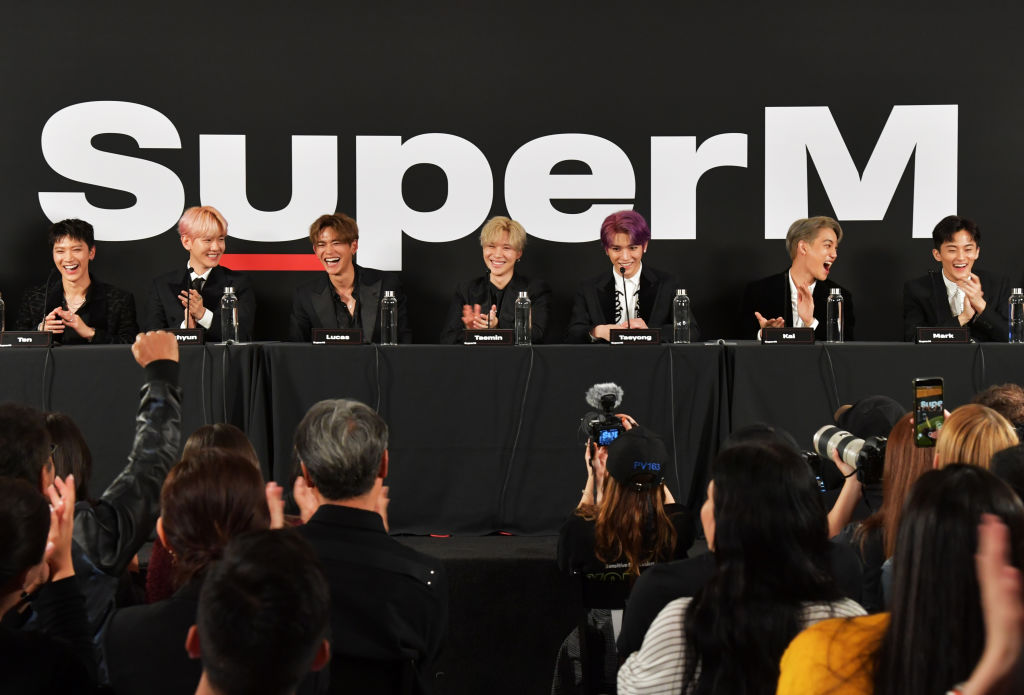 “2 Fast” is the third track on SuperM’s debut album. The song is performed by Taemin, Baekhyun, Mark, and Lucas. “2 Fast” incorporates both rapping and singing from the members. As a whole, “2 Fast” functions as an addicting dance track. However, just when one thinks they have the song figured out, the bridge takes them by surprise.

“With ‘2 Fast’, the sudden change within the track is very K-pop because K-pop itself changes all the time. There’s no limitation and it takes on many different forms. This song is just another representation of that, and how we try to differentiate ourselves,” said Baekhyun in an interview with Refinery29.

“No Manners” is the last song of the album and is also the most emotional song from the EP as far as subject matters go. The lyrics of the song deal with ending a toxic relationship before getting hurt any further. The song is performed by Taemin, Kai, Taeyong, and Ten.

Taeyong has writing credits for the lyrics and music for “No Manners.” His rap is also a standout in the song. Even though the song acts as a goodbye on the album, something about the production makes the song feel like it’s lingering, much like a toxic relationship.

“Super Car” is the fourth track on the album. The song features Taemin, Baekhyun, Ten, Taeyong, and Mark. “Super Car” has a memorable and addicting beat that is hard to get out of one’s head.

Out of all the members, Taeyong and Mark really shine on the track. Their aggressive rapping is balanced out by the vocals of the other members on the song. Overall, it’s fun to listen to and SuperM’s first concert showed the choreography is equally fun to watch.

“Jopping” is the lead single from SuperM’s debut album. The group released a teaser trailer and music video for the song. Electric and upbeat, “Jopping” works incredibly well as a lead single.

Every member is able to show off their talent, whether it’s rapping or singing. Combined with the music video, every member’s dance skills and visuals are also apparent. The music video has a futuristic feel and incorporates the superhero theme from SuperM’s teaser trailers.

As for the music itself, Baekhyun’s high note towards the end of the song is a highlight. Still, each member is prominent throughout and given a chance to shine. While listening to the last chorus after the bridge it’s hard to stay seated.

When the song was first announced, some fans complained that the lyrics of the song were below the members’ talent. Because the song is such a bop, those complaints have stopped. However, the song name and lyrics have still inspired several memes on social media.

Taemin and Baekhyun’s vocals blend together perfectly. While Ten raps in “Jopping,” he gets a chance to showcase his smooth vocals in “I Can’t Stand the Rain.” Kai and Taeyong seamlessly alternate verses, Mark effortlessly raps his parts, and Lucas breaks out of rapping and sings. “I Can’t Stand the Rain” shows SuperM at their best and promises a bright future for the group.