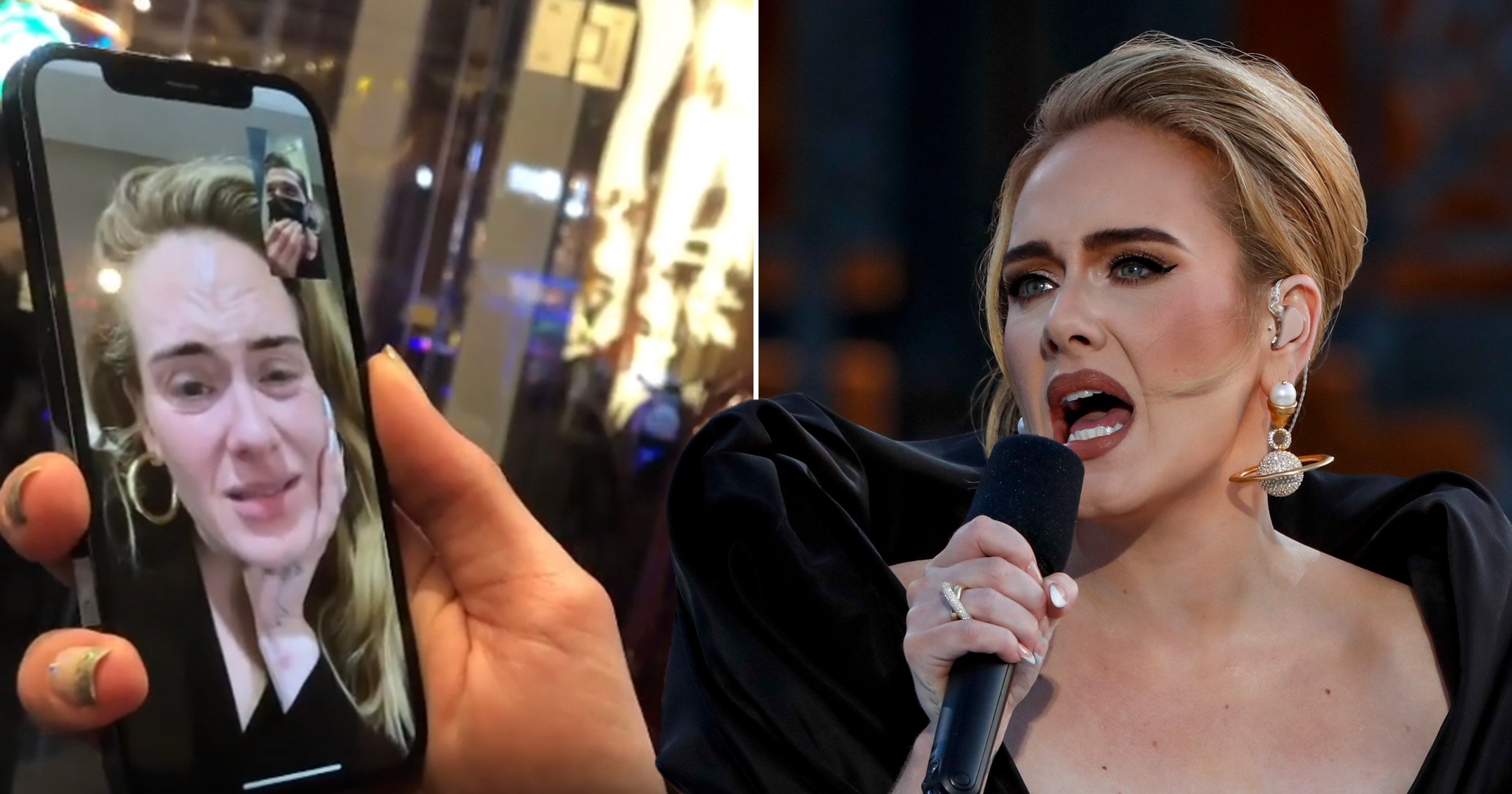 Adele is a good egg, isn’t she?

The Easy On Me singer was recently forced to cancel her Las Vegas show just 24 hours before taking to the stage, but she still made time to FaceTime some super fans.

Adele – who broke down in tears as she announced that her show ‘wasn’t ready’ to heartbroken fans – called the stunned fans on FaceTime after they travelled to Vegas prior to the show being axed.

The songstress cried as she offered heartfelt apologies to the fans, who had gathered in Caesars Palace in Las Vegas.

She said: ‘I’ve shows in the UK this year, and I hope we can get together then.

‘I do not want anyone to miss out. I just want to send my love to all those who have been left disappointed. From the bottom of my heart I am sorry.’

Adele had her fans in floods of tears as she held meaningful virtual conversations with them.

Student Amiah Shaw, 19, from San Francisco, was lucky enough to chat with her idol, and she told the Mirror: ‘Adele has been in my life from a very young age.

‘She is everything to me.

‘The disappointment of not seeing her perform was heartbreaking, but to be able to speak directly to her and be reassured she is ok is priceless.’

Remaining optimistic, Amiah added: ‘She promised she will be back to see us, and I know she will.’

There was a whole gang of fans eager to catch a glimpse of the star on FaceTime as a group of 50 loyal supporters got together for a sing-a-long on what would’ve been the night of the show.

They sang at the entrance of the Colosseum at the very moment the Grammy winner should’ve walked on stage.

Adele broke the news that she will reschedule her shows in an emotional video earlier in the week.

The 33-year-old revealed her show had been ‘absolutely destroyed’ by Covid and a series of delays with deliveries.

Fans who had made the trip to Vegas were understandably devastated, and she later took to Twitter to thank her supporters – known as Daydreamers – for their kindness.

‘I have the best fans in the world! Your graciousness and love tonight is overwhelming! Thank you,’ she wrote.

Adele delighted fans when she confirmed her residency last year, after intense speculation.

She was due to perform two shows a weekend until April 16, with tickets selling out in minutes for the performances.

The Grammy award winner was set to kick off her set of shows on Friday, before revealing her team had been ‘awake for 30 hours’ trying to find a solution to the problem.

She assured fans in her heartbreaking Instagram video: ‘We’ve tried absolutely everything we can to pull it together in time and for it to be good enough for you but we’ve been absolutely destroyed by delivery delays and Covid.

‘I’m going to finish my show and I’m going to get it to where it’s supposed to be. I’m so sorry, it’s been impossible.

‘We’ve been up against so much and it just ain’t ready. I’m really sorry, I’m sorry.’

The singer will still be performing her summer shows at Hyde Park on two dates this July.