Before The Beatles managed themselves, the boy band had business owner Brian Epstein as their official manager. When talking about this rock group during a The Beatles: Get Back video clip, Epstein said he was “immediately struck” by their stage presence.

John Lennon and Paul McCartney wrote songs together as teenagers. The duo eventually turned into a four-piece band that created original music. In 1961, business owner Epstein signed up to manage “four scruffy, unknown lads,” now known as the Beatles.

These artists became the world’s best-known boy band in the following years. They performed abroad and made history with songs like “I Want To Hold Your Hand.” Even Epstein became well-known by fans, appearing in interviews separate from the group.

“In the beginning, I was very fierce about… the manager not being known at all,” Epstein said during a 1964 interview with UK Tonight Show. “Fortunately or unfortunately, I don’t know, but it just happened to me actually… for a long time for at least 12 months after I was careful about even letting my name be mentioned.”

As The Beatles grew in popularity, Epstein remained their manager until he died in 1967. Even years later, footage of this semi-celebrity surfaced, some of which detailed his experience with the boy band in their early days.

Brian Epstein commented on The Beatles and their ‘sense of humor’

The Disney+ original, The Beatles: Get Back, detailed the group’s 1969 performance and the days leading up to it. However, this documentary series featured an interview clip from Epstein. He discussed what first drew him to the boy band, including their stage presence.

“I was immediately struck by their music, their beat, and their sense of humor, actually onstage,” Epstein said during one video clip. “And it was there that, really, it all started.”

That stage presence was evident in The Beatles: Get Back performance, where they performed new songs “Don’t Let Me Down,” “Get Back,” “I’ve Got A Feeling,” “One After 909,” and “Dig a Pony.” 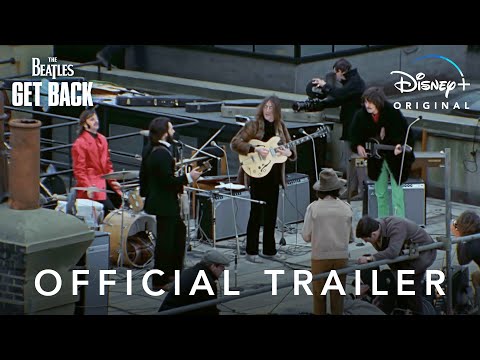 The Beatles managed themselves for some time

In 1967, Epstein died of an accidental drug overdose. Around the same time, The Beatles were reeling from the release of Sgt. Pepper’s Lonely Hearts Club Band. The group took a break from touring and live performances, leading to The Beatles: Get Back and their London rooftop concert.

The group decided to manage themselves, doubling as music managers and songwriters. Some Beatles branched off to work on films, which only added to the stress on the group.