The BTS Breaking Up Controversy Explained

When it comes to K-pop, no group stands above BTS. According to Billboard, the K-pop group’s hit single “Butter” has spent more time at the top of the Hot 100 chart than any other single this year. The band also has the honor of being the first K-pop musical guest on Saturday Night Live and the first to present at the Grammys, where they were also the first K-pop group to ever receive a nomination, according to Teen Vogue.

For the millions of enthusiastic fans around the world who make up the BTS ARMY, the thought of BTS breaking up is simply unthinkable, and yet that once nearly became a reality. At the 2018 MNET Asian Music Awards (via AllKPop), Jin admitted, “We were mentally struggling at the beginning of the year. While talking amongst ourselves, we even considered disbanding.” He credited the band’s survival at the time to the support that the members gave each other as well as the love they received from the ARMY.

Now, however, the group is facing new challenges, and speculation that the group will disband has resurfaced. Is BTS really at risk of breaking up? Read on to find out more about this controversy.

Once Jin turns 30, he'll no longer be able to perform 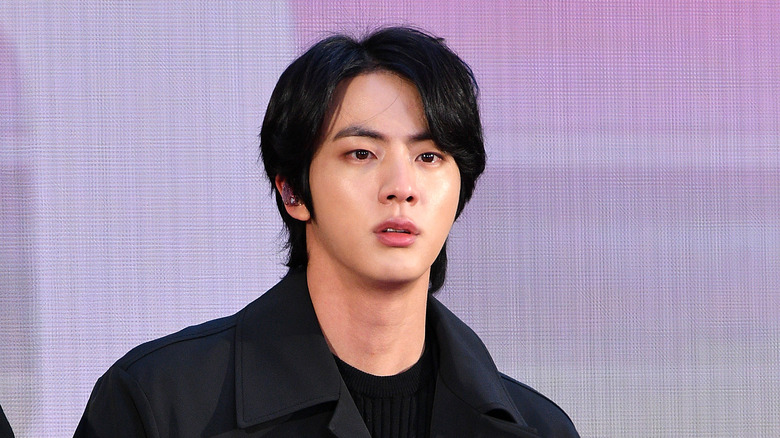 The controversy centers around Kim Seok-Jin, who is the band’s oldest member. According to Digital Music News, Korean law required all men to enlist for military duty for almost two years by the time they reached 28, and Jin celebrated his 28th birthday at the end of 2020.

At the time, fans were petrified that this would signal the end of the group, and many hoped the South Korean government would make an exception for the BTS member (which they do for some elite athletes and classical musicians, according to Teen Vogue). Unfortunately, K-pop groups aren’t typically included for exclusion, but BTS’ contribution to both South Korea’s economy and culture has been immense. Borgen Magazine reports that the band generated over $1.5 billion in tourism, clothing exports, food, cosmetics, and other commodities.

As such, South Korea’s National Assembly amended the law to allow exceptional K-pop stars like Jin until the age of 30 to join the military, giving Jin until the end of 2022 to continue performing with the band. After that, though, he says he will commence with his civic duty. In an interview with CBS Sunday Morning, Jin said, “As a Korean, it’s natural [to serve], and someday when duty calls, we’ll be ready to respond and do our best.”

What will happen to BTS when Jin joins the military? 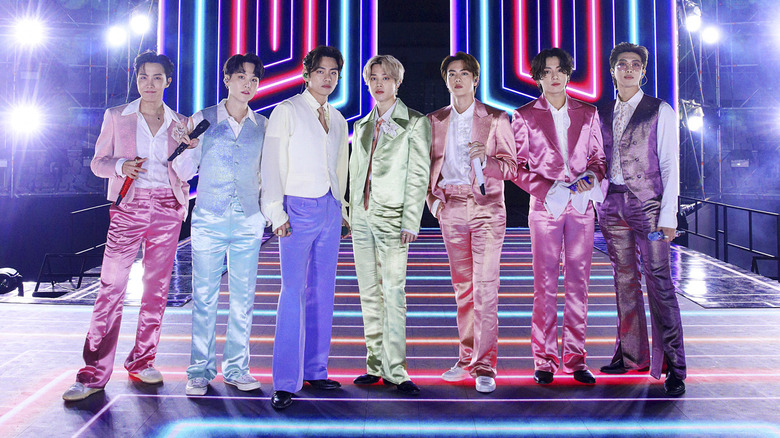 The big question on the minds of fans is whether BTS will break up completely or merely continue performing without Jin when he joins the military in 2022. Billboard reports that if all seven members of the group decide to serve at the same time, the world will be devoid of BTS performances and new singles for at least 18 months, the minimum length of service.

When CBS Sunday Morning asked if the group worries about disbanding once Jin joins the military, Jungkook responded, “I don’t want to think about it at this point. We have something really good going.” RM agreed, saying “That’s the answer. We just enjoy the ride, live in the moment, and that’s all we could do.”

To put the ARMY at ease, however, BTS released a statement in 2018 saying that the contracts with each of the BTS members had been extended through to 2026, according to Forbes. “With Big Hit Entertainment’s support, we’ll continue to strive to give our best for fans all around the world,” the statement read. Luckily, the group still has another two years before military duty begins to call, but it seems that the group is unlikely to disband completely — at least, not until 2026.