The Toronto rapper described “CLB” as “a combination of toxic masculinity and acceptance of truth which is inevitably heartbreaking” as listed on Apple Music, and the album features plenty of big names in hip-hop, including Jay-Z, Travis Scott, Lil Wayne, and Kid Cudi. Drake teased possible features on the 21-track album via billboards around the U.S. and Canada in each hometown of his famous friends.

Cover art for the album featured 12 pregnant emojis, sparking plenty of conversation online as fans were convinced “CLB” was sure to bring the “toxic” relationship “certified lover boy” Drake yet again, and they weren’t disappointed. As fans take in the album track by track, one single that made many pause and ask themselves, “What did he just say?” featured Lil Baby and has left even the biggest of Drake fanatics divided. 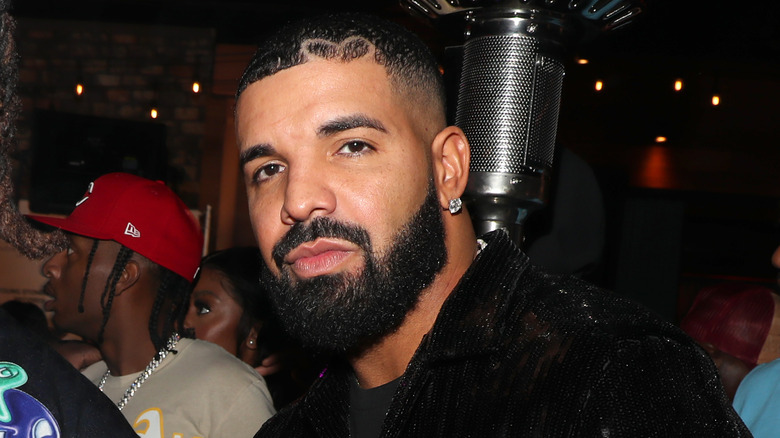 In his new song featuring rapper Lil Baby, “Girls Want Girls,” Drake raps about being a lesbian…..yes, you read that right. In the single, Drake repeats “girls want girls where I’m from,” while Lil Baby adds “my girl got a girlfriend” leading some to wonder if the song was intended to be an anthem for lesbians (via Genius). The lyrics that stopped the internet mid-listen were when the Toronto rapper claimed “Yeah, say that you a lesbian, girl, me too.” Fans immediately took to social media to express their confusion and why the song ultimately missed the mark with them.

“Aint no way this man drake said he a lesbian,” wrote one fan, while another called out the rapper for fetishization. “safe space? girls like girls makes me cringe at how fetishizy it is and it’s hard for me to enjoy it sorry not sorry,” said the Twitter user. Some fans opted to skip the song altogether, while others made jokes, with one person writing, “girls like girls is about girls telling drake they gay to get away from him.”

While Drake’s “Girls Want Girls” may not have accomplished what he hoped with fans, it did add Lil Baby to his project, possibly adding fire to the feud the Toronto rapper faced with Kanye West.

Lil Baby appears on both Kanye West's and Drake's albums 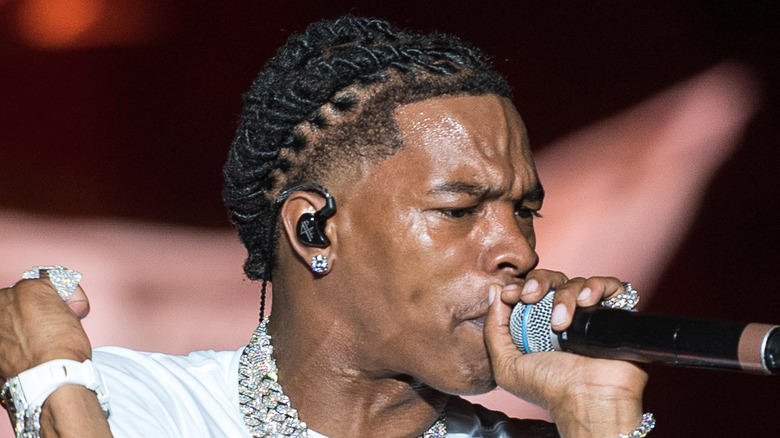 The two have seemingly been a long-winded feud ever since Pusha T revealed to the world Drake had a son in a single released thanks to Kanye West. In “CLB,” some speculated Drake references the ordeal in “7AM on Bridle Path,” without directly calling out West. Leading up to the release of both albums, Drake seemingly called out West on his feature on Trippie Redd’s “Betrayal,” prompting Ye to post the Toronto rapper’s address.

Whether or not Drake and West are actually feuding or the whole drama was just a ply for fans to tune into both albums, hip-hop heads took note of one common ground between the two rappers, and that’s Lil Baby. The “Drip Too Hard” artist appeared in both “Donda” and “Certified Lover Boy,” prompting some to salute the rapper for ignoring the beef for the sake of a paycheck. All might not be well in the hip-hop world, but all is well with Baby’s bank account.