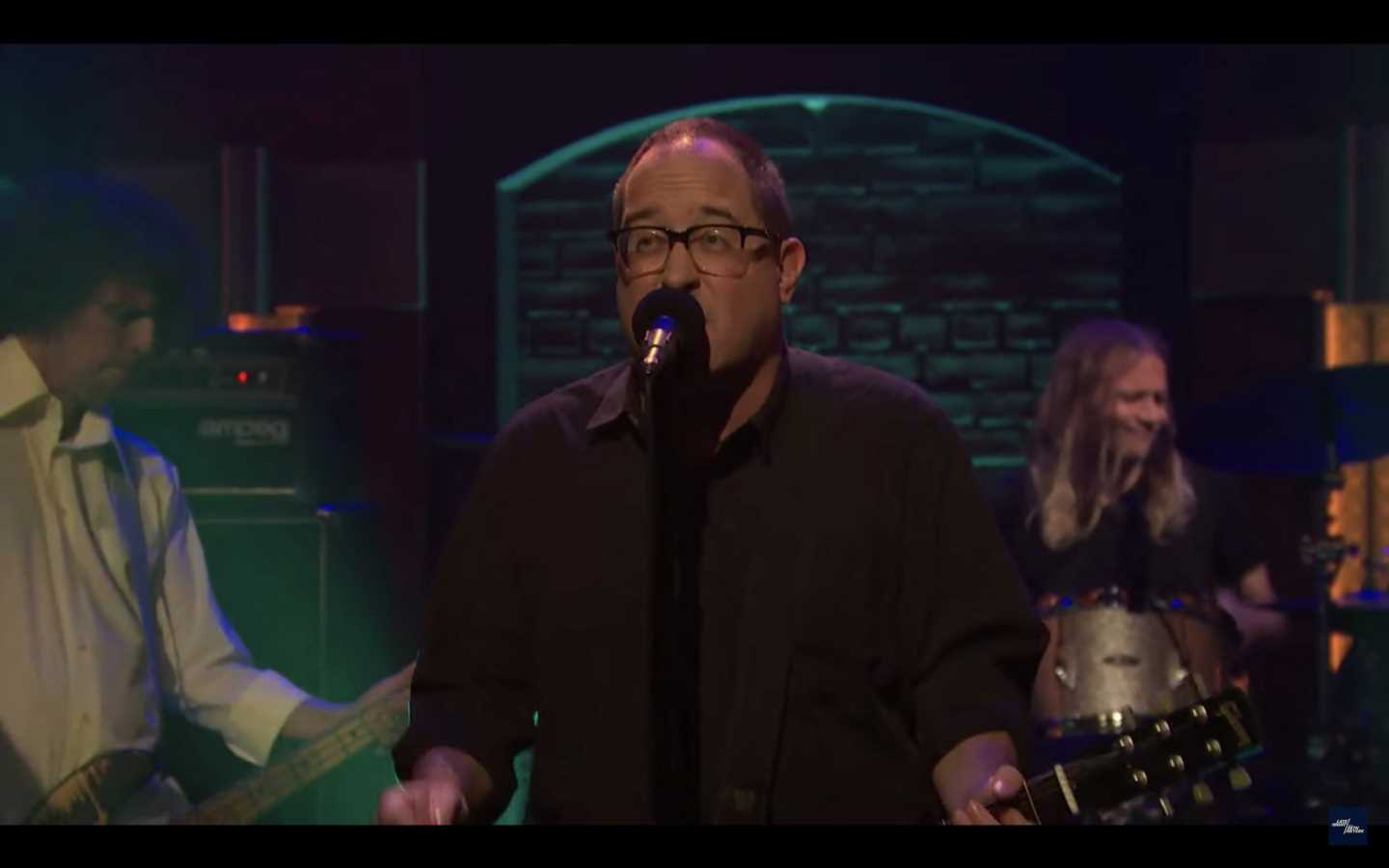 The Hold Steady played a rousing version of their single “Denver Haircut” on Tuesday’s Late Night With Seth Meyers.

The Brooklyn sextet captured a faithful version of the track, a trademark blast of crunching guitars, clattering cymbals and frontman Craig Finn’s clever lyrics about a “cesspool” town. “He shaved his head at the airport/In a bar at the end of the concourse,” he deadpanned over the din. “He said, ‘You’re kind of catching me at a transitional time/I’m a bright light burning into a dark horse.’”

“Denver Haircut” appears on the band’s recently issued seventh LP, Thrashing Thru the Passion, which also features four other new songs (“Epaulets,” “You Did Good Kid,” “Traditional Village,” “Blackout Sam”) and five others released digitally over the previous three years (“Entitlement Crew,” “Confusion in the Marketplace,” “T-Shirt Tux,” “Star 18” and “The Stove & the Toaster”).

The Hold Steady recently launched a run of multi-night residencies in several cities across the U.S. Their next takes place September 12th through the 15th in Boston, Massachusetts, followed by stint in Brooklyn, New York from December 4th through the 7th.

END_OF_DOCUMENT_TOKEN_TO_BE_REPLACED

END_OF_DOCUMENT_TOKEN_TO_BE_REPLACED
We and our partners use cookies on this site to improve our service, perform analytics, personalize advertising, measure advertising performance, and remember website preferences.Ok