What Has Been Revealed About Lana Del Reys New Album, Blue Banisters

Lana Del Rey has been on a hot streak these past few years and has been treating fans with album after album. In August 2019, Del Rey dropped her critically-acclaimed sixth studio album, “Norman F*****g Rockwell!,” a sweeping tour-de-force that earned the singer a Grammy nomination for Album of the Year. Less than two years later, she released another record, “Chemtrails over the Country Club,” this March. As of this writing, each of Del Rey’s studio albums has peaked within the top three on the US Billboard 200. And apparently, there’s more on the way.

Just one month after releasing “Chemtrails over the Country Club,” the Grammy Award-nominated star announced on Instagram she had plans of releasing another studio album titled “Blue Banisters.” The post quickly caught the attention of her 19.8 million-plus followers and has been liked more than 1.3 million times. Del Rey originally stated the LP would drop on July 4. However, in the end, this wasn’t the case. Keep reading to find out more.

The release date for her new album is now 'TBD' 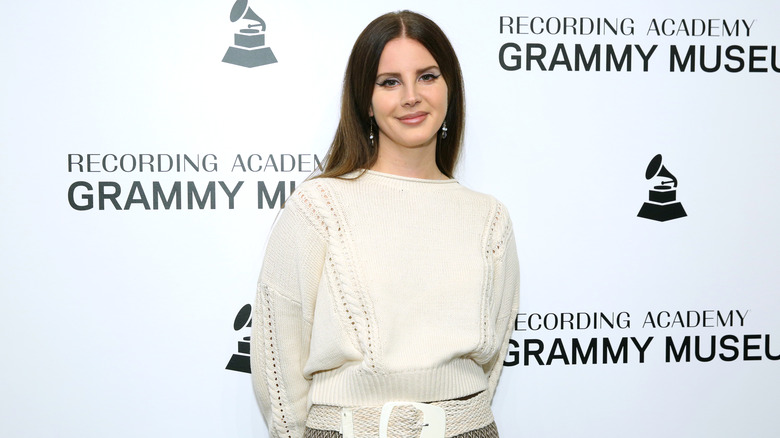 Lana Del Rey’s new album, “Blue Banisters,” may not have been released on July 4, but she did give fans an update the day it was supposed to drop. The “High By The Beach” hitmaker took to Instagram and shared the official artwork for the album. The singer can be seen sitting in front of a wooden banister wearing a lemon-colored dress with short sleeves. Del Rey was snapped next to two dogs and went barefoot for the occasion, with her long straight hair flowing. The cover also featured a white border and her name and the album title written in black text across the top.

For her caption, Del Rey put “TBD,” which hinted its release date is still to be discussed. In the span of one day, her post racked up more than 1.6 million likes and over 21,600 comments, proving to be more popular than the original announcement of the album. In a separate Instagram upload, Del Rey wrote “Album out later later… Single out soonish. Have a good fourth x” while teasing a clip of a new song.

So far, fans have been treated to three tracks that are set to be on the LP; “Blue Banisters,” “Text Book,” and “Wildflower Wildfire.” According to Music News, the album was originally going to be named “Rock Candy Sweet.” Well, we can’t wait for more new Lana!