Willow Smith is ready to rock your world.

The 20-year-old daughter of Will Smith and Jada Pinkett Smith, who performs under the name WILLOW, dropped a new track today that fully embraces the alt-rock and pop-punk sound. Complete with her own guitar playing and a head-banging chorus, the new release, titled “Transparent Soul” (stylized as “t r a n s p a r e n t s o u l”) marks a departure from her ethereal, R&B repertoire and proves that Willow does, indeed, have the range. She even tapped Travis Barker as a feature.

“I am so grateful for this tune because it was created in such an introspective time (during the first couple months of quarantine),” she said in a statement. “It was the song that proved to me that I needed to let go of the insecurities I had about making a project of this genre.”

The edgy track is the first taste of Willow’s upcoming album, which is set to arrive this summer. She was influenced by the emo and rock acts she listened to growing up, like Avril Lavigne, My Chemical Romance, Paramore, and Fall Out Boy. Most importantly, she looked to her mom, who fronted her own nu metal band, Wicked Wisdom, in the early 2000s. 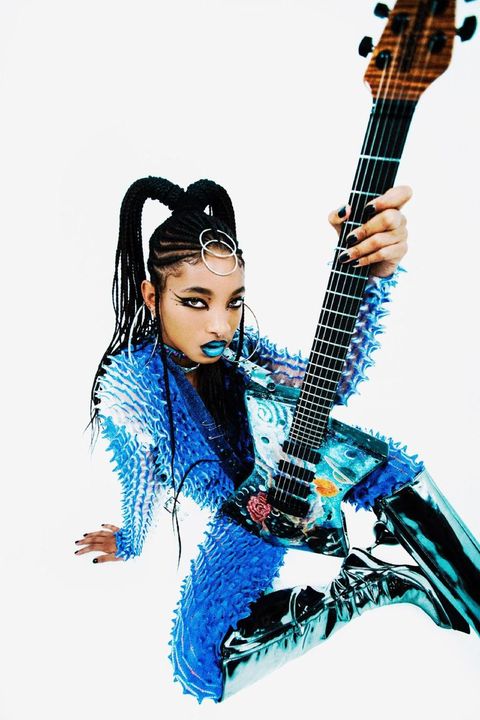 The lyrics to “Transparent Soul” were inspired by a quote from a swami Willow knows personally, which goes, “It is said that a saintly person is so pure that he or she acts like a spotless mirror. When we come in the presence of such mirror-like soul, we can see both the beauty and ugliness of our inner life.”

Read the full lyrics in all their emo glory below.