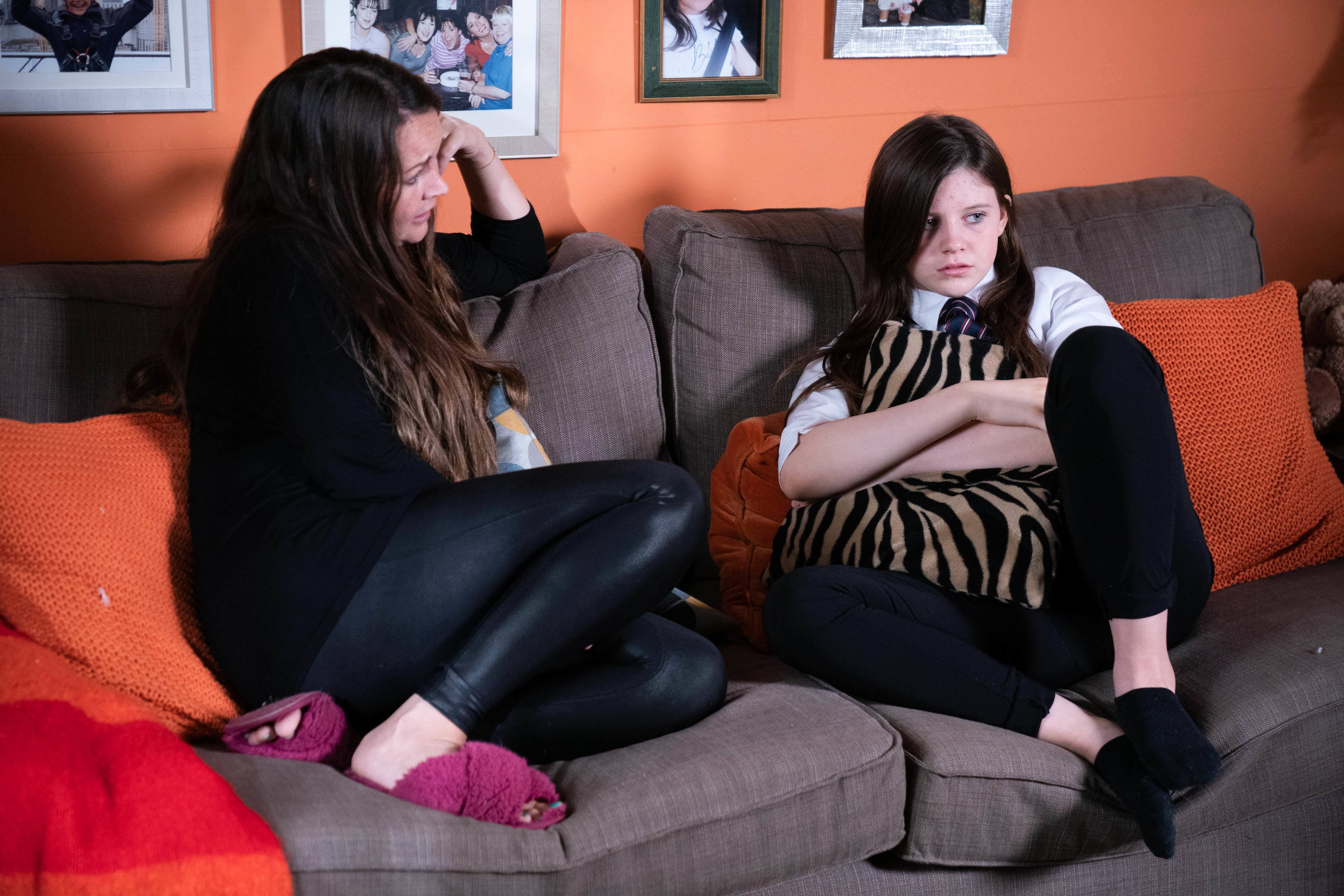 The news was revealed during tonight’s New Year’s Day episode, which mostly centred around a party at the Slater household.

While Alfie (Shane Richie) and Freddie (Bobby Brazier) sorted the music, Jean (Gillian Wright) was in her room, struggling to reach a decision regarding her relationship with Harvey (Ross Boatman).

Throughout the episode, a handful of characters started showing signs of feeling unwell. Stacey was experiencing dizzy spells; Lily was sick outside – and then people started collapsing.

After passionately kissing, Suki (Balvinder Sopal) wasn’t sure what to do when Eve (Heather Peace) fell onto Jean’s bed.

In the living room and hallway, Jean and Lily had also passed out.

When paramedics arrived, they initially thought it was down to dodgy booze, but when Freddie and Alfie mentioned they had also felt unwell over the past few days, it was concluded the family had carbon monoxide poisoning.

Unharmed by the toxic chemical, Stacey rushed to see Lily in hospital.

Outside, a doctor explained that because of Lily’s stomach cramps, they conducted a few more tests which revealed something incredibly unexpected – she’s pregnant.

Who is the baby’s father?