2022 Emmys: Betty White and Anne Heche Among Stars Remembered During In Memoriam Segment

The segment is introduced by Anthony Anderson, before John Legend plays his new song ‘Pieces’ at the piano while a montage broadcasts on the screens around him.

AceShowbiz -Hollywood took a solemn moment amid the celebration of the 74th Primetime Emmy Awards to pay respect to some of the stars who have passed away. Betty White, Anne Heche and Sidney Poitier were among those remembered during the Emmy Awards In Memoriam segment on Monday, September 12.

The segment, which honors the entertainers and TV creators who have passed away over the last year, was introduced by “Black-ish” actor Anthony Anderson, before John Legend played his new song “Pieces” at the piano while a montage broadcast on the screens around him. Anthony said, “It never feels like the right time to say goodbye to a loved one, a friend or a cherished icon.”

“To quote Shakespeare, ‘All the world’s a stage, and all the men and women merely players. They have their exits and their entrances and one man, in his time, plays many parts.’ As we acknowledge the legends within our industry who have passed on, we celebrate all that they created and shared with the world. May they all rest in peace and power,” he said. 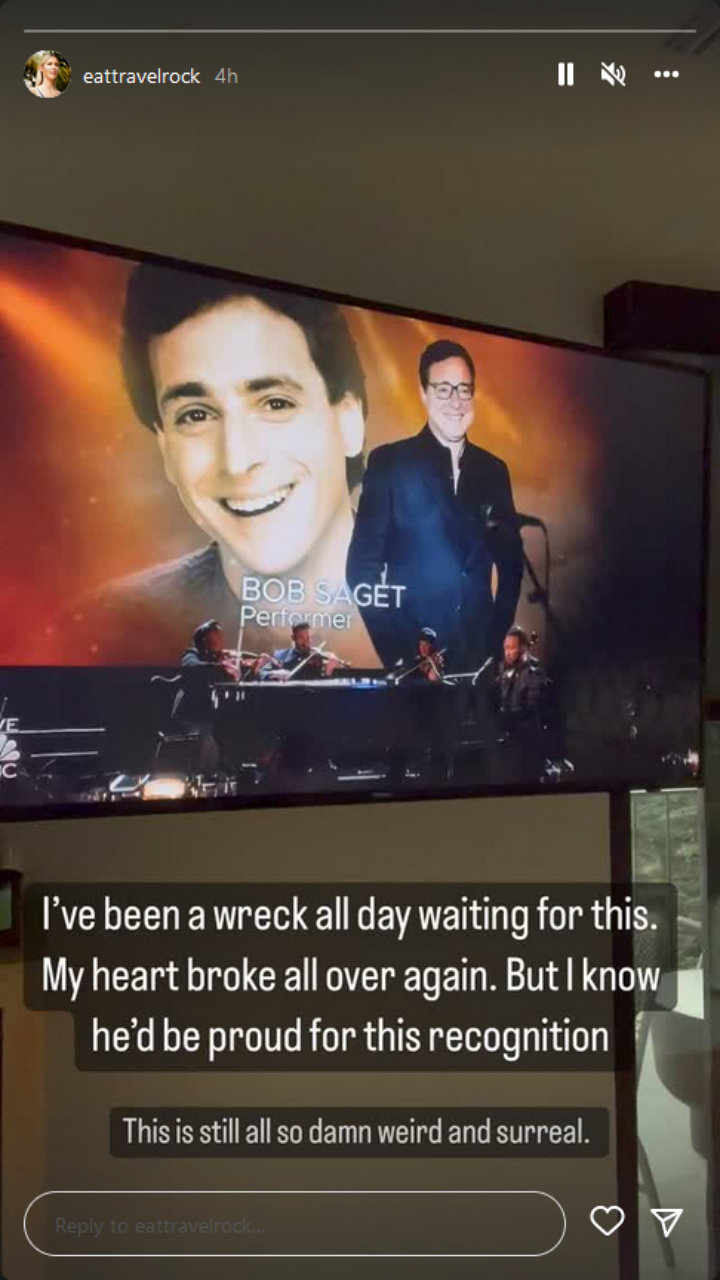 Afterwards, awards bosses that not everyone who had died over the last year would be featured in the tribute due to time constraints. “Full House” star Bob’s widow, Kelly Rizzo, admitted her “heart broke all over again” as she watched the touching tribute to her late husband, who died in January aged 65. She wrote on her Instagram Story, “I’ve been a wreck all day waiting for this. My heart broke all over again. But I know he’d be proud for this recognition. This is still all so damn weird and surreal.”