We’re still more than a month away from the 2023 Oscar nominees being announced, but awards watchers now have a clearer idea of who is in the mix for some of the top prizes. Per usual, the Academy of Motion Picture Arts and Sciences has released shortlists of eligible contenders in 10 key categories that were chosen by a select group of voters. Now, the entire Oscar voting body will be able to choose the winners from these lists.

These shortlists are the contenders in categories including International Feature Film, Documentary, Sound, Original Score, Original Song, Makeup and Hairstyling, Visual Effects, Live-Action Short Film, Documentary Short Subject, and Animated Short Film. This marks the fifth consecutive year that all shortlists have been announced on the same day.

While categories like Original Score and International Feature have always been high profile awards, this year has seen particular interest in the Live-Action Short Film category due to campaigns from music stars like Taylor Swift and Kendrick Lamar, who believe that their extended music videos have enough heft to carry them to Oscar gold. Ultimately, the Oscars evidently disagreed, and “All Too Well: the Short Film” and the “We Cry Together” music video failed to make the shortlist.

That said, Swift, who is set to direct a feature film for Focus Pictures, is still in contention for an Oscar this year, as her “Where the Crawdads Sing” track “Carolina” broke into the Original Song category. The shortlist is particularly starring this year, with tie-in and end credits songs from Rihanna (“Lift Me Up” from “Black Panther: Wakanda Forever”), Selena Gomez (“My Mind & Me” from her Apple TV+ documentary), The Weeknd (“Nothing Is Lost” from “Avatar: The Way of Water”), Lady Gaga (“Hold My Hand” off of “Top Gun: Maverick”), and LCD Soundsystem (“New Body Rhumba” from “White Noise”).

Billie Eilish, who won the category last year for her sultry theme to Bond film “No Time To Die,” was a notable omission, as her and her brother Finneas’ boy band throwback song “Nobody Like U” from Pixar’s “Turning Red” failed to make the cut.

Other than those major snubs, the nine categories largely are a mix of expected contenders and pleasant surprises. Visual Effects is once again blockbuster central with “Avatar: The Way of Water,” “Top Gun: Maverick,” and three superhero films, though Germany’s International Feature Film contender “All Quiet on the Western Front” and “Thirteen Lives” made it in. The inventive visual effects work for “Everything Everywhere All at Once” didn’t make the cut, though the film got a sound nod along with original score and song recognition. The body horror grossness of David Cronenberg’s “Crimes of the Future” made it to the makeup and hairstyling category along with “Elvis,” “The Whale,” “Blonde,” “The Batman,” and “Babylon.” And the International and Documentary Feature categories both feature some of the most acclaimed films of the year, including “All the Beauty and the Bloodshed,” “Descendant,” “The Janes,” “Corsage,” “Return to Seoul,” “Decision to Leave,” and “EO.”

Nominations for the 95th Academy Awards will be announced on Tuesday, January 24 2023. The awards will be broadcast live from the Dolby Theater on Sunday, March 12. Keep reading for a complete rundown of today’s shortlists. 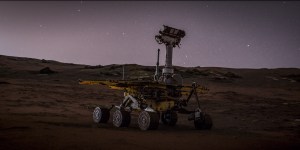 “All That Breathes”
“All the Beauty and the Bloodshed”
“Bad Axe”
“Children of the Mist”
“Descendant”
“Fire of Love”
“Hallelujah: Leonard Cohen, a Journey, a Song”
“Hidden Letters”
“A House Made of Splinters”
“The Janes”
“Last Flight Home”
“Moonage Daydream”
“Navalny”
“Retrograde”
“The Territory”

“American Justice on Trial: People v. Newton”
“Anastasia”
“Angola Do You Hear Us? Voices from a Plantation Prison”
“As Far as They Can Run”
“The Elephant Whisperers”
“The Flagmakers”
“Happiness Is £4 Million”
“Haulout”
“Holding Moses”
“How Do You Measure a Year?”
“The Martha Mitchell Effect”
“Nuisance Bear”
“Shut Up and Paint”
“Stranger at the Gate”
“38 at the Garden”

“Black Slide”
“The Boy, the Mole, the Fox and the Horse”
“The Debutante”
“The Flying Sailor”
“The Garbage Man”
“Ice Merchants”
“It’s Nice in Here”
“More than I Want to Remember”
“My Year of Dicks”
“New Moon”
“An Ostrich Told Me the World Is Fake and I Think I Believe It”
“Passenger”
“Save Ralph”
“Sierra”
“Steakhouse”

“Time” from “Amsterdam”
“Nothing Is Lost (You Give Me Strength)” from “Avatar: The Way of Water”
“Lift Me Up” from “Black Panther: Wakanda Forever”
“This Is A Life” from “Everything Everywhere All at Once”
“Ciao Papa” from “Guillermo del Toro’s Pinocchio”
“Til You’re Home” from “A Man Called Otto”
“Naatu Naatu” from “RRR”
“My Mind & Me” from “Selena Gomez: My Mind & Me”
“Good Afternoon” from “Spirited”
“Applause” from “Tell It like a Woman”
“Stand Up” from “Till”
“Hold My Hand” from “Top Gun: Maverick”
“Dust & Ash” from “The Voice of Dust and Ash”
“Carolina” from “Where the Crawdads Sing”
“New Body Rhumba” from “White Noise”

“All Quiet on the Western Front”
“Avatar: The Way of Water”
“Babylon”
“The Banshees of Inisherin”
“Black Panther: Wakanda Forever”
“Devotion”
“Don’t Worry Darling”
“Everything Everywhere All at Once”
“The Fabelmans”
“Glass Onion: A Knives Out Mystery”
“Guillermo del Toro’s Pinocchio”
“Nope”
“She Said”
“The Woman King”
“Women Talking”

“All Quiet on the Western Front”
“Amsterdam”
“Babylon”
“The Batman”
“Black Panther: Wakanda Forever”
“Blonde”
“Crimes of the Future”
“Elvis”
“Emancipation”
“The Whale”

“All Quiet on the Western Front”
“Avatar: The Way of Water”
“Babylon”
“The Batman”
“Black Panther: Wakanda Forever”
“Elvis”
“Everything Everywhere All at Once”
“Guillermo del Toro’s Pinocchio”
“Moonage Daydream”
“Top Gun: Maverick”