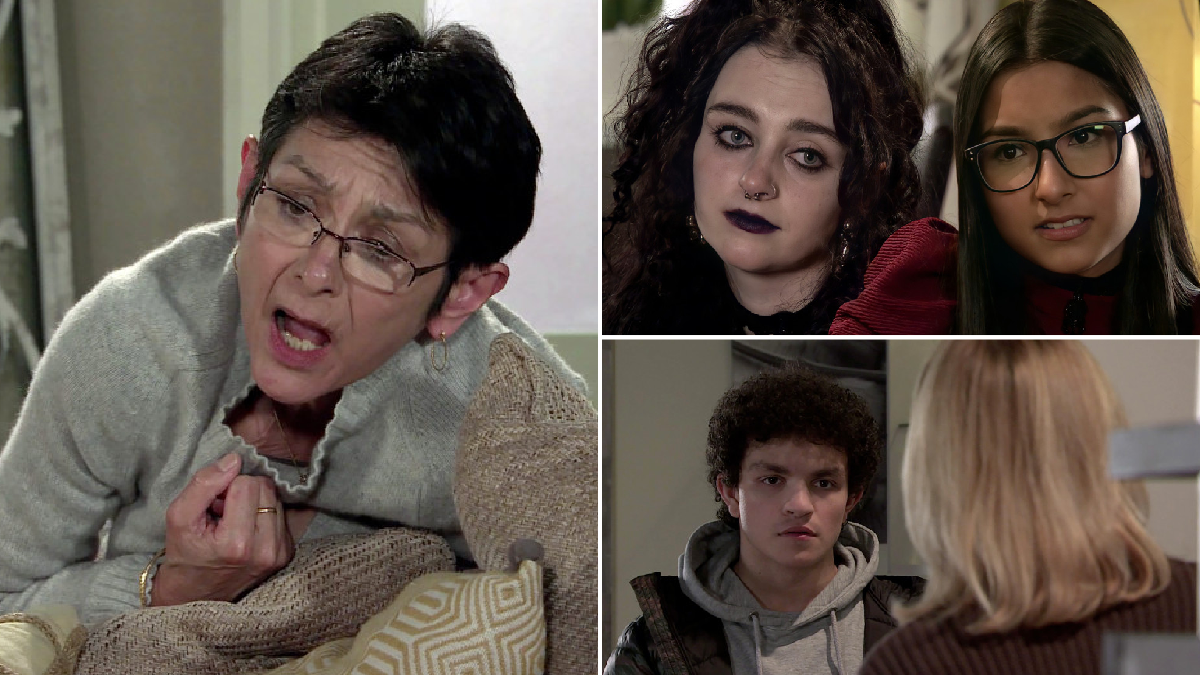 There is never a shortage of drama on Coronation Street, but next week proves to be a particularly eventful one for the residents of the cobbles.

Yasmeen Nazir (Shelley King) continues to struggle in the wake of Geoff’s (Ian Bartholomew) death, and with the stress piling on, she clutches her chest in agony.

Alya (Sair Khan) and Tim Metcalfe (Joe Duttine) rescue her, but later in the hospital, it’s confirmed that Yasmeen suffered a major panic attack as a result of stress.

Will she be okay?

Meanwhile, Johnny Connor (Richard Hawley) is the victim of a violent assault in prison, as cellmate Kai gets the wrong end of the stick and thus lashes out.

Elsewhere, Leanne Battersby (Jane Danson) discovers that Simon Barlow (Alex Bain) is tangled up in a world of drugs, and therefore she decides that action needs to be taken.

Also next week, Asha Alahan (Tanisha Gorey) declares her love for Nina Lucas (Mollie Gallagher), but will she get the response she’s hoping for?

It’s all kicking off on the cobbles next week, and if you’d like a little preview of what’s to come, then check out our first-look gallery below.