Much of 911: Lone Star season one was focused on Liv Tyler’s character, Michelle Blake, and the search for her missing sister – and it appeared that the Lord of the Rings actress had signed a multiple-year deal with Fox to star on the show – so why did she leave? Find out here…

The star left the show in 2020 – but the reasons behind it were purely circumstantial. Since Liv lives in London, UK, it was not possible to travel to the US during the coronavirus pandemic, and as a result, the actress decided to exit the show.

Speaking about her departure, showrunner Tim Minear said: “What a thrill it was having a movie star of Liv Tyler’s stature to help us launch the first season of 911: Lone Star. We loved working with Liv and will be forever indebted to her for her haunting, powerful portrayal of Michelle Blake.

“While we were able to tell a complete chapter in Michelle’s story, as with Connie Britton on our mothership, we also feel like there are more stories to be told. The door here will always be open for a return.” Liv has yet to open up about her exit from the show. 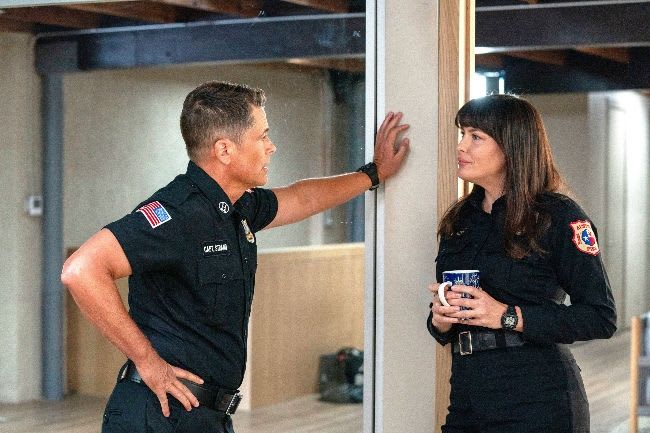 Liv left the show due to the pandemic

Michelle’s story arc had already been teased before the unexpected departure, with Tim telling TV Insider: “Finding Iris and finding Iris in the state in which she was found is going to fundamentally change who Michelle is, and it will alter the course of her life and what is now an occupation will probably become a kind of vocation. She’s going to find a deeper purpose and a new meaning for her life.”

Exclusive: 9-1-1’s Oliver Stark opens up about vulnerability and why it’s okay to cry

Her role in the series has since been replaced by Gina Torres as the new paramedic, Tommy Vega. It is revealed that Michelle has left her job to work with homeless people full-time, leaving the door open for Liv’s return. We hope she makes a comeback soon!