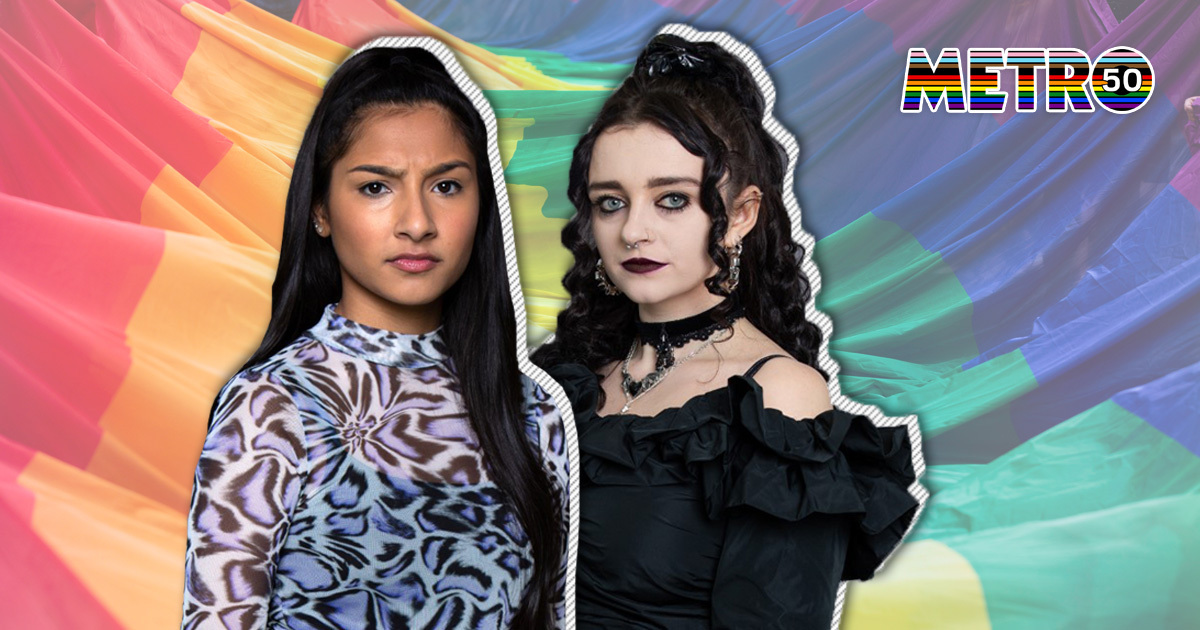 Growing up, I had never been one for romance. Boys were just bizarre creatures that enjoyed winding me up and love stories in movies and books were just irritating.

As all of my friends started talking about boring things like the boys they fancied and which male celebrities they wanted to marry, I grew more and more disinterested in their conversations.

Despite the seemingly obvious hints, it wasn’t until I was 17 years old that I finally realised why I felt the need to Google every actress that graced my television screen and watch every project they’d ever been involved in.

You guessed it (probably before I did): I am a lesbian.

Whilst my sexuality growing up had been somewhat allusive, one thing that remained staggeringly clear to everyone in my life was my love and appreciation of a top-tier art form: the British soap opera.

From Who Killed Archie Mitchell? in EastEnders to Storm and Siege Week in Emmerdale, Maxine and Patrick’s wedding drama in Hollyoaks to Michelle and Vicky’s revenge in Coronation Street; these programmes remained a favourite topic of conversation throughout my formative years.

No matter where I went or who I was with, I could always find someone who watched the soaps.

For that reason, it was inevitable that one of these soaps would ultimately be the catalyst to my coming out.

I spent roughly three years wondering how on earth I was going to pluck up the courage to tell people that I was a lesbian. Would I do it via text so I didn’t have to face the reaction first hand?

Would I wait until I fell in love and simply announce, ‘mum, dad, this is my girlfriend!’.

If I’d have gone with that plan, I would definitely still be pretending I was attracted to Zac Efron (no offence, Zac, you’re just not my type).

Luckily for me, Coronation Street was about to air a storyline that would raise sexuality as a talking point in my very own front room.

From the moment it was rumoured that Asha and Nina would begin dating in 2021, I was so excited.

A sapphic romance between two girls my age was exactly what I needed to see. Obviously, I’d already got behind Emmerdale’s Vanity hype (how could I not when they shared their first kiss on my 16th birthday?), but I was ready for something fresh.

Then February 1 2021 was the day everything changed for me. It was mid lockdown, which meant social distancing was still being used on sets.

However, this did not deter me from becoming fully invested in my new found favourite couple. I vividly remember watching with bated breath as Asha and Nina finished their shift behind the counter at the café…

And then my mum walked in front of the telly, washing in hand, and started a conversation with my brother about something that was most definitely not as important as the love story playing out in front of us.

And me, being ever so dramatic and at the end of my tether after four weeks cooped up in the same house, let out an almighty roar of, ‘I AM TRYING TO WATCH CORRIE!’

My mother, understandably taken aback, rolled her eyes. And then came the moment we’d all been waiting for.

With Nina and Asha flirting in the background, three years of waiting and wondering had led to this point: a light-hearted, throwaway comment brought about by a scene on Coronation Street.

And let me tell you, I took this opportunity with open arms and ran head first into the fire.

‘Yes!’ I exclaimed, without a moment’s hesitation. This chance was not likely to come about again, and time was ticking on finding a Mrs Right to introduce to the family.

Coronation Street, in airing a storyline about two girls falling in love, had, in one episode, lifted the burden I had been carrying for the best part of five years.

Soaps like Coronation Street are more influential than a lot of people give them credit for. They regularly reach audiences of over 5 million and are staple viewing in many British households.

I’ve seen my fair share of homophobic comments from viewers over the years, and Nina and Asha’s story was no different.

‘Why do we have to see another gay couple?’

Well, I hope my story can be an answer to that question. Soaps have the power to spark up conversations like the one in my house and can lead to positive change in people’s lives.

Somewhere in the UK, there is a young person struggling to identify their feelings, worried about coming out or simply bored of not feeling represented.

When Soaps air storylines about LGBTQ+ characters, someone out there gains just a little bit more hope for the future.

During Pride Month, which runs from 1 – 30 June, Metro.co.uk will also be supporting Kyiv Pride, a Ukrainian charity forced to work harder than ever to protect the rights of the LGBTQ+ community during times of conflict. To find out more about their work, and what you can do to support them, click here.