Danni, 32, was on hand to help Holly and her father Craig find a holiday home in the Spanish region of Mallorca for the latest instalment of A Place in the Sun. As always, the Channel 4 presenter had five properties to show the pair, hoping at least one of them would be their dream holiday home. However, the search didn’t get off to the greatest of starts as the host was left disappointed by their reaction to the £180,000 establishment.

How is Boris Johnson handling the coronavirus crisis? Vote in our poll

The host had criteria to work to as the guests wanted a home which had at least two bedrooms, two bathrooms, good outside space and a property which boasted incredible views of the area.

On offer first was a two-bedroom property built in 1982 with the interior including an open-plan kitchen and dining room space.

If they were to take on the home, the father and daughter would have also had access to their own private garden area and patio terrace.

Unfortunately, as soon as they saw the establishment from the outside, Holly and Craig weren’t convinced and Danni sensed their dismay. 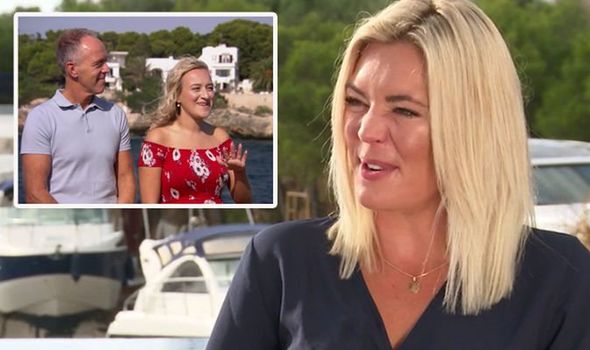 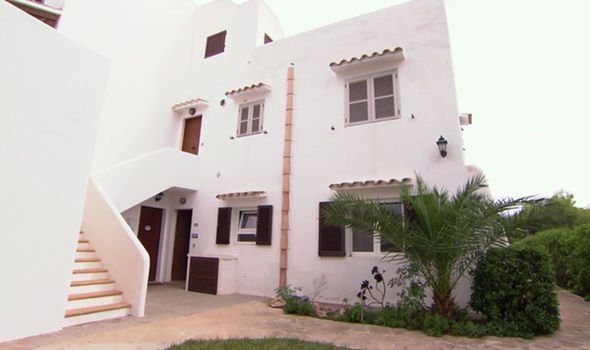 After looking around the property and looking at the size of the bedrooms, Danni commented it had been a “bit of a disappointing start”.

Although Craig said the house was small but did have potential, he couldn’t hide the fact it was probably out of the running.

The father-of-three said it wasn’t “an awful start, but it wasn’t great either,” to which the presenter said: “Basically I could do a bit better.”

In the politest way, the pair agreed with Craig stating the host could have “indeed” done a bit more to get a better reaction for the beginning of the search and rejected the host’s first offering. 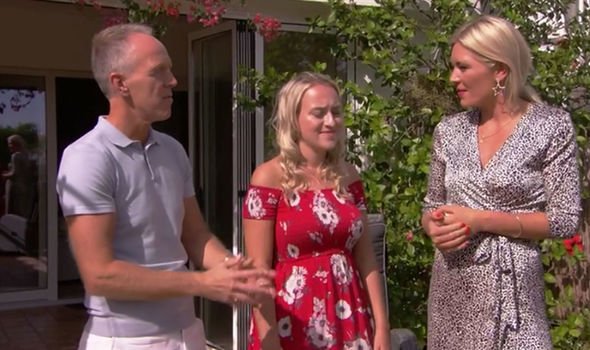 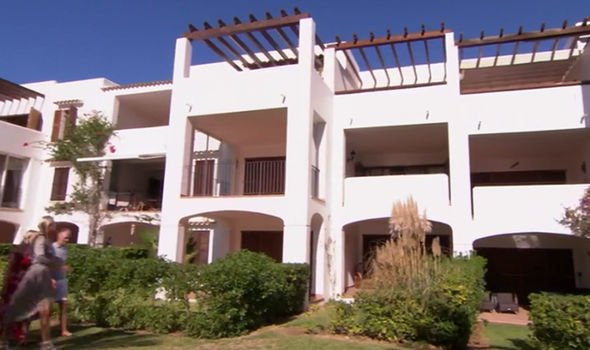 Basically I could do a bit better

Next up, Danni took the pair to a property which was part of a bigger complex but featured more of the criteria they were looking for.

At a value of £177,000, the top floor apartment included two-bedrooms inside and allowed the residents to use the public pool area.

This was more inclined to what the father and daughter were looking for and it seemed it could be a contender for them to buy.

Craig did state he would have liked “a little more space” but wasn’t going to rule it out at such an early stage as they had done with the first property.

Number three was another top-level apartment, which included two bathrooms and two bedrooms as well as a roof terrace.

Before they even entered the property, Holly remarked they had been “spoilt” with house number two and wasn’t as blown away by the exterior.

Valued at £178,125, the establishment boasted views of the countryside and featured a private balcony as well.

After looking around the apartment, the pair weren’t sold and once again, Danni was left disappointed by their reaction.

“I really wanted to get it right for you,” she remarked to which they explained it just wasn’t grabbing them as property two had done.

Holiday home number four was another two-bedroom apartment on the top floor of a building and included the open-space interior area they were looking for.

Not only did the establishment feature a roof terrace, but it also included a balcony which had a built-in barbecue.

Again, they would have access to a communal pool area and it featured views of natural parkland surrounding the home.

Property number five was the most modern the father and daughter had seen, built in 2000 and valued at £200,893.

As well as a huge private roof terrace looking out to mountain and sea views, the interior included the perfect open-plan kitchen/dining area.

This was once again a strong contender alongside property number two, leaving Holly and Craig with a dilemma on their hands.

After having the night to think about it, they unfortunately told Danni they weren’t going to put an offer in on any of the properties but it had given them an insight into what they wanted to find.

END_OF_DOCUMENT_TOKEN_TO_BE_REPLACED

END_OF_DOCUMENT_TOKEN_TO_BE_REPLACED
We and our partners use cookies on this site to improve our service, perform analytics, personalize advertising, measure advertising performance, and remember website preferences.Ok