Media sources reported Thursday that the Arclight Hollywood theater, whose 14 screens include the landmark Cinerama Dome, has received approval for its liquor license.

The venue’s application and intention of adding more food offerings were previously known, but new details have emerged of its possible rebranding as the Cinerama Hollywood. Decurion Corporation, previously the parent company for Arclight and Pacific Theaters, remains the owner.

The reopening is still a work in progress. Industry sources tell IndieWire at the earliest the theater could unshutter will be in 2023. Getting the license is a key early step in a lengthy process.

The application also, as required, listed possible menu items. It suggests that if the theater reopens, it will elevate an in-theater eating and drinking experience as a key added element.

Assuming it reopens, the theater will face a much-changed situation from when it ceased operations in 2020, finally closing in 2021. It will face multiple significant challenges to return to its past position.

The Arclight Hollywood grossed $15 million in 2019, placing it among the top-grossing venues in Los Angeles for the year. But what elevated the theater in importance was a combination of its location and the kinds of films that did best there.

Los Angeles is sprawling, with no one central location ideal for a theater. But in the core area of the city, from the ocean to downtown, the Arclight was the highest grossing theater even if it is some distance from the industry-heavy Westside. At the time of its opening in 2002, the Arclight was regarded as a state-of-the-art multiplex. It was a pioneer in reserved and advanced-purchase ticketing as well as membership services. The theater aggressively set higher than normal ticket prices, which elevated grosses, enhancing distributor interest.

It evolved, in addition to showing studio-wide releases, into a platform theater as a near-automatic choice when Los Angeles had two initial theaters opening on the same date as a similar number in New York. This was particularly critical in the September-December awards season, but soon became a year-round position. It was frequently the biggest grossing among the theaters.

Could it return to glory? There lies the challenge. And it could be daunting. 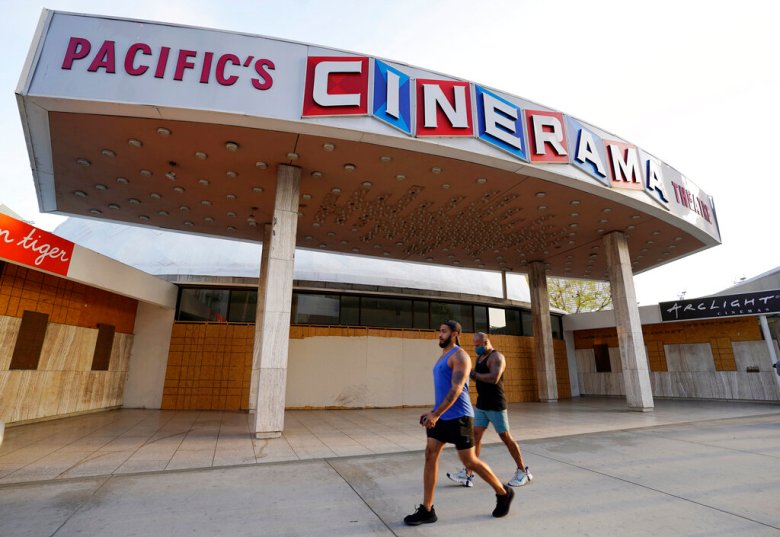 Unlike the widely studio-run world, where increasingly something akin to normalcy is returning, the limited/specialized world looks to have radically changed. Because of the challenge to replicate previous theater placement, the slow return of core older audiences, and most importantly the decreased windows for films that once had slow rollouts, it would be tricky to try to go back.

The trend now is to go with more theaters and sooner, even if not wide initially. The reality is that the specialized world, struggling because of demographics, now pushes films into early multi-hundred theater runs, with more in top cities initially.

In Los Angeles, the challenge for this theater is that its previous partner in platforming — The Landmark on Pico on the Westside — has permanently closed, with no single theater the ideal alternative. But a nearby theater poses greater problems.

Pacific Theaters previously owned the nearby Grove. When the company went into bankruptcy, AMC took over. It since has become the replacement for the Arclight Hollywood for platform opening, with viable grosses that make it an alternative.

That’s before the reality of competitive strength. AMC is not only the largest exhibitor in the U.S. It is even more dominant in the Los Angeles area, more so with new acquisitions, primarily Arclight and Pacific theaters. It owns the Century City, now the most likely alternative to The Landmark on the Westside. A revised Arclight Hollywood would appear to be the single theater for its owner.

Meantime, initial breaks of limited films in Los Angeles now are more likely to include three to five theaters, not two. In particular, apart from the Grove, the AMC Burbank has unexpectedly turned into a decent limited-run performer. It’s unlikely that distributors, apart from pressure from AMC, would be willing to go back to the wide-area exclusivity that aided the Arclight.

Ironically, for a theater that rose to prominence with its state-of-the-art presentation, the theater lacked what has become de rigueur. It does not have an IMAX facility. The Cinerama Dome, which anchors the complex, has 70mm, as does one other auditorium. They also are a rare location with 35mm capacity.

Since theaters reopened, audiences increasingly are choosing high-price IMAX and similar presentation theaters. It remains to be seen, if this is not added, how much that might dampen attendance. The close-by Chinese Theatre, has, along with the Grove, picked much of Arclight’s audience. (The Chinese offers IMAX while the Grove does not.)

The delayed reopening will only exacerbate these problems. It won’t be part of the first normal awards season in three years (those platform openings have to play somewhere), and perhaps most critically won’t be around when “Avatar: The Rise of Water” opens at Christmas.

So why could this work? First, the Arclight had a unique reputation among area theaters for platform runs. Second, the attention to both general customer service but also smartly handled events, particularly cast and director appearances, has not yet been equaled. That is particularly important to distributors, especially during awards season. Third, can offer greater flexibility in seating for platform films, even in the most crowded period. Fourth, it is the personal favorite of many influential directors.

And perhaps most important, it is smart that the revised theater will emphasize drinking and eating options. This is increasingly popular nationwide in select locations. But many of these are more niche. Providing this on such a scale, and particularly in central Los Angeles where such an offering is rare (the tiny downtown Alamo Drafthouse offers full food and beverage service) will make it stand out more.

When the theater opened 20 years ago, doubters questioned whether its somewhat removed location worked. Though the challenges might be greater now, the potential for revived success is out there.