A Toddler-Aged Prince William Appears in The Crown Season 4

Prince William might not be a fan of The Crown, but his life will be portrayed on it nonetheless. For the Netflix series’s fourth season, Prince Charles and Princess Diana’s relationship takes center stage, which means their children will ultimately be a part of the story too.

In the latest paparazzi photos from the Crown set, actress Emma Corrin appears as a pregnant Princess Diana with her son, Prince William, portrayed by a smiley young actor. The scene is a recreation of the Buckingham Palace Easter Egg hunt in 1984, according to Good Housekeeping. Other outtakes show Corrin as Diana playfully chasing her son on palace grounds.

This isn’t the Duke of Cambridge’s first appearance on the show. Earlier images from production showed William as a baby in a recreation of Charles and Diana’s royal tour of Australia in the early ’80s. 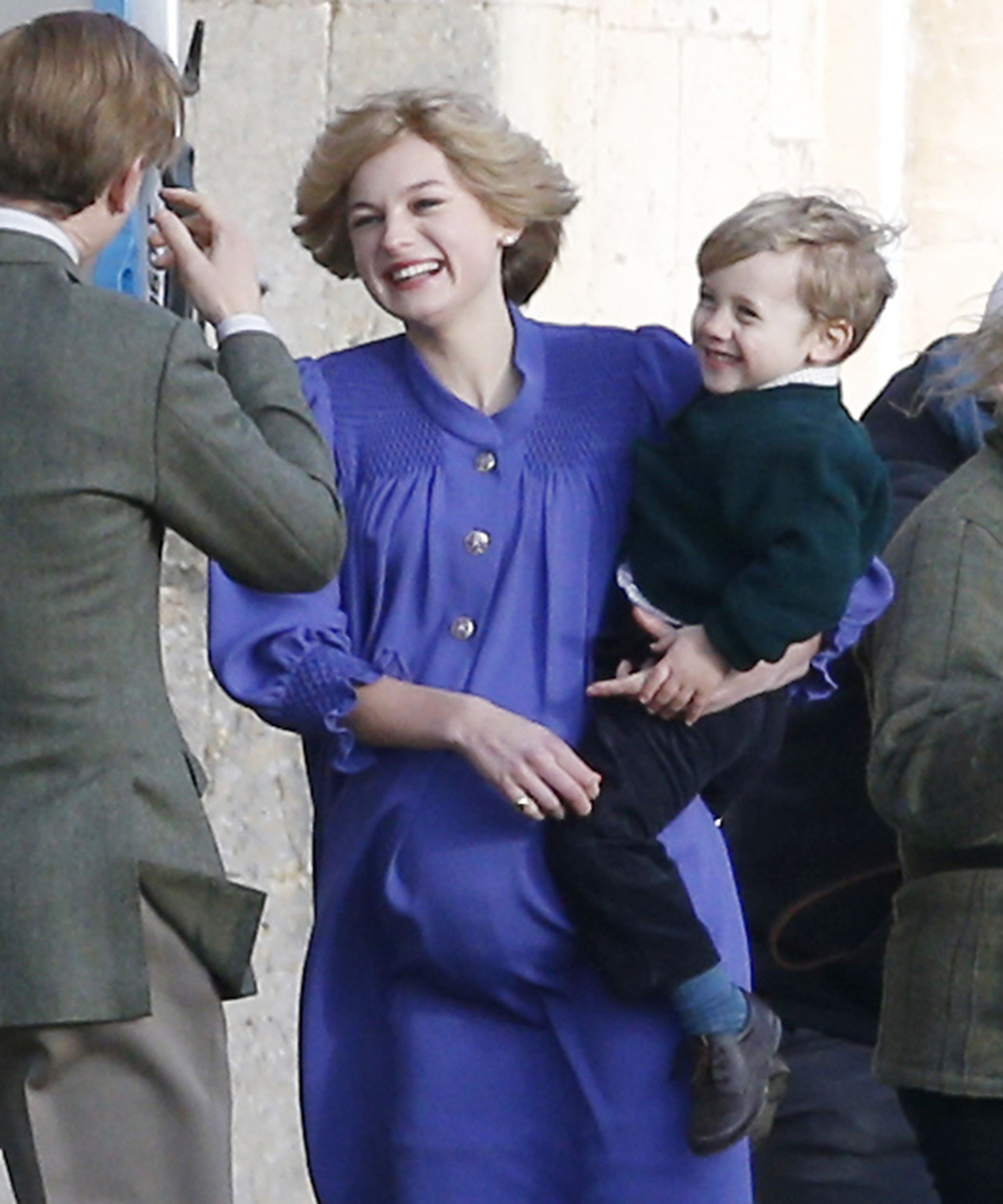 Now that production for Season 4 is in full swing, Corrin has been making more frequent appearances as the beloved, late princess. Recent sightings include her recreating the royal’s wedding rehearsal look, trip to New York City, and visit to the Savoy Hotel.

Corrin, whose casting was first announced in April 2019, is doing a “brilliant job” in the role, her costar Josh O’Connor (Prince Charles) previously told BAZAAR.com. Her portrayal is “breathtakingly accurate; she looked the spitting image [of Diana], and it’s kind of extraordinary. So that’s kind of spooky,” he added.

The release date for Season 4 remains unknown. The following season will be The Crown‘s last.

END_OF_DOCUMENT_TOKEN_TO_BE_REPLACED

END_OF_DOCUMENT_TOKEN_TO_BE_REPLACED
We and our partners use cookies on this site to improve our service, perform analytics, personalize advertising, measure advertising performance, and remember website preferences.Ok