Killer Inside: The Mind of Aaron Hernandez dropped on Netflix yesterday (January 15) and has reignited interest around the American sportsman and his incredible fall from grace. Over the course of three episodes, the case of former NFL star Hernandez is explored. However, new information and interviews appear to have come to light in the docu-series, particularly looking at the star’s sexuality.

For those unfamiliar with the case, Hernandez was a player for NFL team the New England Patriots.

He’d just signed a contract worth an estimated £30.6 million ($40 million) with the team in 2013 and seemed destined for sporting greatness.

However, all of this was destroyed after he was convicted of the murder of Odin Lloyd in 2015.

The athlete was serving a life sentence in prison for his crime when he took his own life in 2017.

He is survived by his daughter Avielle Jenkins-Hernandez, who he had with his partner Shayanna Jenkins Hernandez. 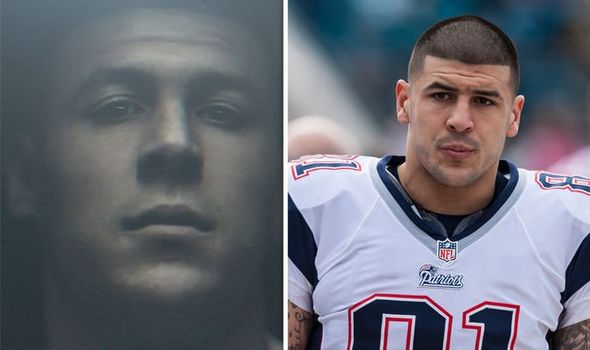 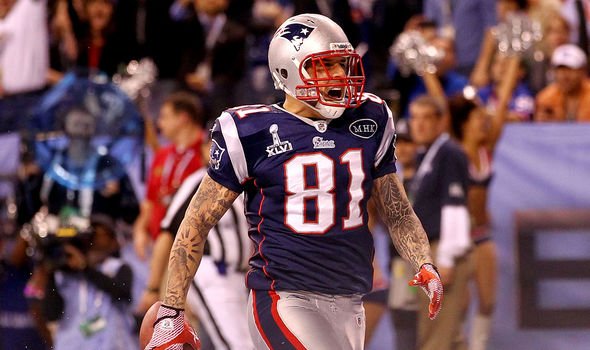 Hernandez has never publicly spoken about being gay and was engaged to be married Shayanna.

However, the New Yorker reported two days before his death, he was outed as gay on a radio show.

Killer Inside: The Mind of Aaron Hernandez also explores his sexuality.

The series features an interview with his high school quarterback Dennis SanSoucie in which he claims the pair sexually “experimented”. 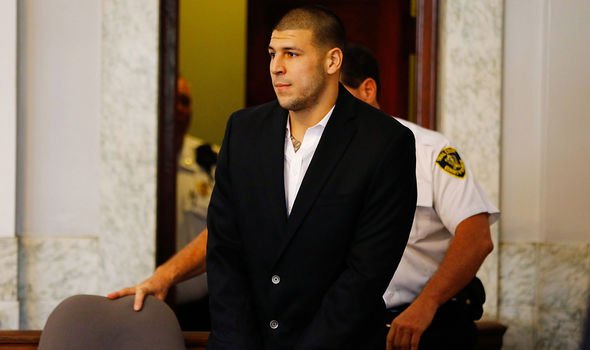 SanSoucie said: “We continued because we probably enjoyed it.”

He added: “Yes, we were in a relationship back the but at the time, you don’t look at it like that.”

Along with SanSoucie, his father Tim, also appeared in the documentary to weigh in on Hernandez.

He said: “I mean, Mr. Hernandez was well known as a man’s man, a father that slapped the [gay slur] right out of you.” 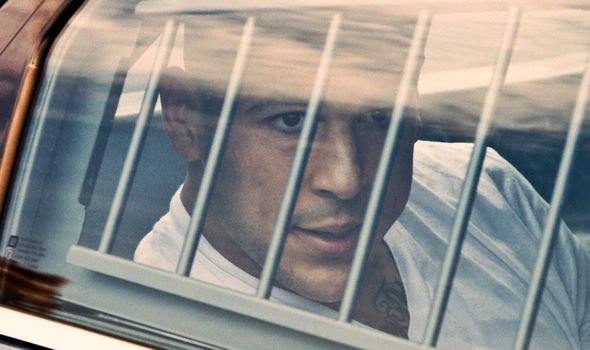 The documentary never concludes what may have led Hernandez to kill but looks at what some of things which may have influenced him including his brain condition chronic traumatic encephalopathy (CTE), which is associated with concussion and repeated blows to the head.

The show also reveals his abusive upbringing at the hands of his father Dennis, who physically beat the NFL star and his older brother Jonathan or “DJ.

DJ previously told the Boston Globe Hernandez had also been sexually abused as a boy but wouldn’t be drawn on the identity of abuser.

He also said his father was “deeply homophobic” and would often use slurs.

DJ explained to the publication: “All the time. Standing. Talking. Acting. Looking.

“It was the furthest thing my father wanted you to even look like in our household. This was not acceptable to him.”

The Netflix programme spoke to former Patriots player Ryan O’Callaghan, who is openly gay, and spoke about hiding his own sexuality during his career and even contemplated taking his own life.

O’Callaghan’s words highlighted the problem of being gay within the NFL and the cultural changes needed in the American Footballing world.

Director Geno McDermott also opened up about how the documentary also became an exploration of being a gay man within the NFL.

He told Esquire: “I think when we first met to make the film there was a lot of salacious reporting being done about Aaron and his sexuality.

“Once Aaron’s sexuality became substantiated, we wanted to explore that, and we wanted to hear perspectives of people like Ryan [O’Callaghan] who were closeted in the NFL, and what that was like.

“Ryan talks a lot about talking to his parents and how he never could [talk] about his sexuality.

“When he was playing football, he was expected to be a straight guy, and we feel like Aaron went through some of the same stuff based on what he hear from his childhood and through people like Dennis [SanSoucie], who he had a relationship with.”

Killer Inside: The Mind of Aaron Hernandez is streaming on Netflix now