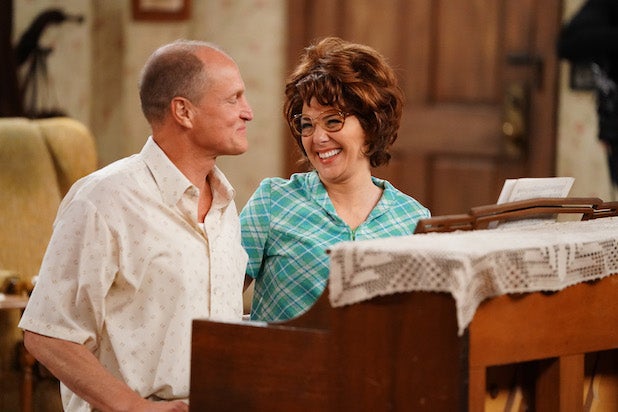 ABC has set a date for its next “Live in Front of a Studio Audience” special this winter, which will feature re-creations of “All in the Family” and “Good Times.”

The special will air on Dec. 18. Kerry Washington, who portrayed Helen Willis from “The Jeffersons” during the first special, will be an executive producer.

“The holiday season is the perfect time for families to come together and enjoy another ‘Live in Front of a Studio Audience’ special on ABC,” said Karey Burke, president, ABC Entertainment. “Only Jimmy and Norman can top what they accomplished the first time. From the superstar talent to the unforgettable music and the richly deserved Emmy win, their collective vision has introduced a whole new generation of people to these groundbreaking and timeless stories – and now with ‘Good Times’ as part of the lineup, this will surely be another can’t-miss television event.”

The live event debuted to an average audience of 10.4 million total viewers and a 1.8 rating among adults 18-49, propelling ABC to win the night. It also received three Emmy nominations, for Outstanding Variety Special, directors James Burrows and Andy Fisher and its production design.

Kimmelot, ACT III Productions, Gary Sanchez Productions, D’Arconville, Simpson Street and Sony Pictures Television will produce the next installment, with Lear, Kimmel, Brent Miller, Will Ferrell and Justin Theroux all back on board to executive produce alongside Washington.