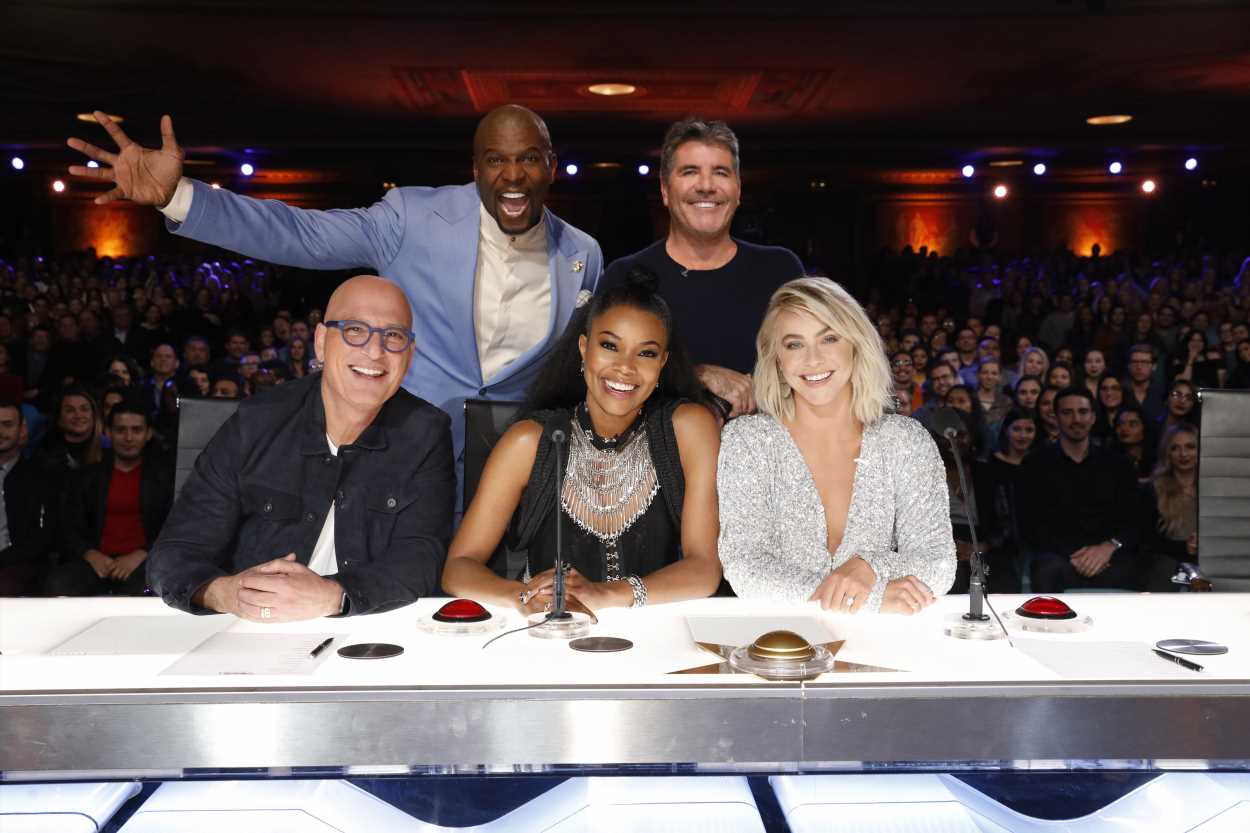 After becoming the first artist to earn a Golden Buzzer earlier this season, Kodi Lee returned to the America’s Got Talent stage for the first of the live shows of season 14, and blew everyone away yet again with another flawless, emotional performance.

The blind, autistic 22-year-old singer and pianist was introduced to the audience through a powerful pre-taped package that followed his adoring mom, Tina Lee, as she explained how she first found out her son was blind when he was only three months old, and soon after doctors delivered another diagnosis.

“They said, we think he may have autism. And I didn’t know what to do,” Tina shared in the package, adding that they came to a breakthrough when she discovered that Kodi loved music. “That’s what happened. It was the hope. It was something of his own that gave him joy. And I was like, ‘Now I know how to help you, as your mom.'”

“With all of the hardships that he’s had, he taught me that anything is possible,” Tina added, close to crying. “Kodi finally gets to show the whole world who he is.”

Before he began his performance, Kodi sat at his piano while his mom kneeled beside him, giving him a pep-talk and psyching him up for his big number. After giving him a loving smile, Tina walked off into the wings and Kodi began to play.

For his first performance since getting the Golden Buzzer, Kodi chose to perform the iconic Simon and Garfunkel tune “Bridge Over Troubled Waters,” and he delivered a soulful, virtuosic rendition of the song that brought tears to everyone’s eyes.

As host Terry Crews stood with Kodi’s mom by the side of the stage, he clearly tried to choke back tears as he watched the moving, impassioned performance and the judges were equally affected by the gorgeous number.

His stunning performance was met with an overwhelming standing ovation from everyone, including all four judges.

Gabrielle Union — who was the one to award Kodi the Golden Buzzer over 10 weeks ago — was the first to address Kodi and was overcome with emotion.

“Who you are and what you stand for and what you continued to do makes the world such a better and so much more of a beautiful place,” Gabrielle said as she fought back tears of her own. “We have to stop putting limits on our children. We have to keep believing in each other. Thank you for letting me be a part of your journey.”

Simon Cowell was equally effusive with his praise telling Kodi, “You continually amaze me.”

Simon also extended a special thank you to the legendary Paul Simon, the writer of the classic song Kodi covered, who “never really gives permission to anyone to sing this song because it’s very precious to him.”

“But he gave clearance within 30 minutes because he saw you’re audition,” Simon added, before expressing that Kodi is “genuinely one of the most extraordinary people and talents we’ve had the great fortune to have on any show we’ve ever made.”

Finally, Kodi got a chance to address his millions of fans and the excited 22-year-old musician said, “Thank you for all of your support and I love you all!”

Kodi and Tina spoke with ET’s Keltie Knight after the show, and the proud mom said that the support and love from the judges and the audience is more special than she could ever explain.

“He has been working his butt off to get here and he’s worked so hard,” Tina shared. “This is what he’s always wanted to do. He’s wanted to perform in front of thousands of people and this is in front of millions of people!”

As for what goal Kodi has set his sights on next, the young singer said he’s hoping to get the chance to one day perform at the GRAMMYs.

Meanwhile, fans can vote for Kodi now and America will see if the talented performer will be moving on to the semi-finals during the America’s Got Talent results show, which kicks off on Wednesday at 8 p.m. ET/PT on NBC.

Check out the video below to see ET’s exclusive sit-down with Kodi when he got the Golden Buzzer earlier this season.

END_OF_DOCUMENT_TOKEN_TO_BE_REPLACED

END_OF_DOCUMENT_TOKEN_TO_BE_REPLACED
We and our partners use cookies on this site to improve our service, perform analytics, personalize advertising, measure advertising performance, and remember website preferences.Ok