Women’s 4×400-meter relay pushes her over the record 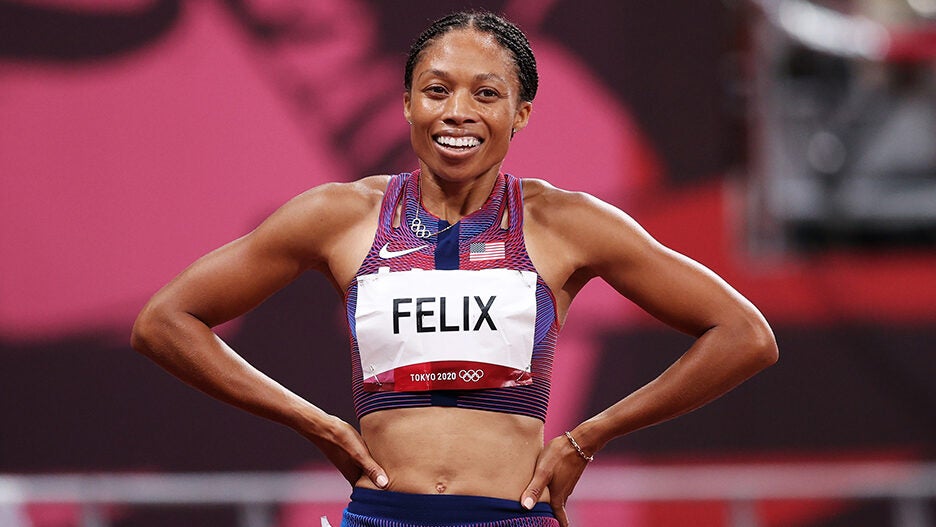 Felix was pushed over that threshold when she, Sydney McLaughlin, Dalilah Muhammad and Athing Mu won the gold medal in the women’s 4×400-meter relay, clocking a time of 3:16.85, a more than 3 second lead over Poland, who finished second for the silver. The American team has won this event in every Olympics since 1996.

The 35-year-old sprinter, who won a bronze in the 400-meter race a day earlier, already had six gold and three silver medals to her name from previous four Olympic games, along with 18 world championship medals, 13 of which are gold. She reportedly has said the 2020 Tokyo Olympics will be her last.

Following Felix’s win Friday, accolades came in from all over the world, including from two of the sport’s greatest – Jackie Joyner-Kersee and Carl Lewis himself.