AMANDA Holden has shocked fans by sharing a rare picture with her lookalike daughters.

The 50-year-old posed with  Lexi, 15, and Hollie, nine, as they glammed up for dinner while on their exotic holiday. 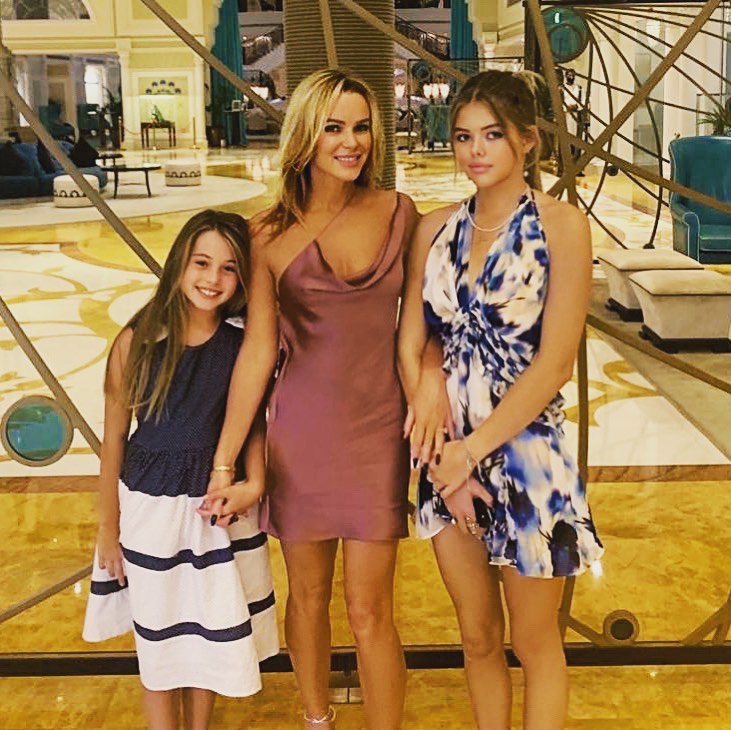 The BGT judge captioned the image, taken by husband Chris Hughes: “Me and my babies .. my babies and me.”

Someone else wrote: “So beautiful 🤩 you look like sisters!” and another added: “You all look like siblings.”

The family are currently enjoying a sun-filled break in an unknown exotic location.

Amanda has been sharing a series of bikini pictures during the trip as she soaks up the sun on the beach.

The busy TV and radio star has just finished filming a stint on Neighbours with Jemma Donovan — daughter of Ramsay Street legend Jason — and is playing her aunt Harriet.

Jemma plays Harlow Robinson who comes to the UK to solve a mystery about her late mother Prue, who was played by Denise van Outen.

Amanda filmed the scenes around London last week, which viewers will see on Channel 5 in the spring.

Speaking about the job, Amanda said: “Like most people in the UK who were around in the late Eighties and early Nineties, I grew up watching Neighbours every single day.

“I was glued to our TV for the wedding of Scott and Charlene, while cursing Mrs Mangel and praying Mike and Jane would eventually get together.” 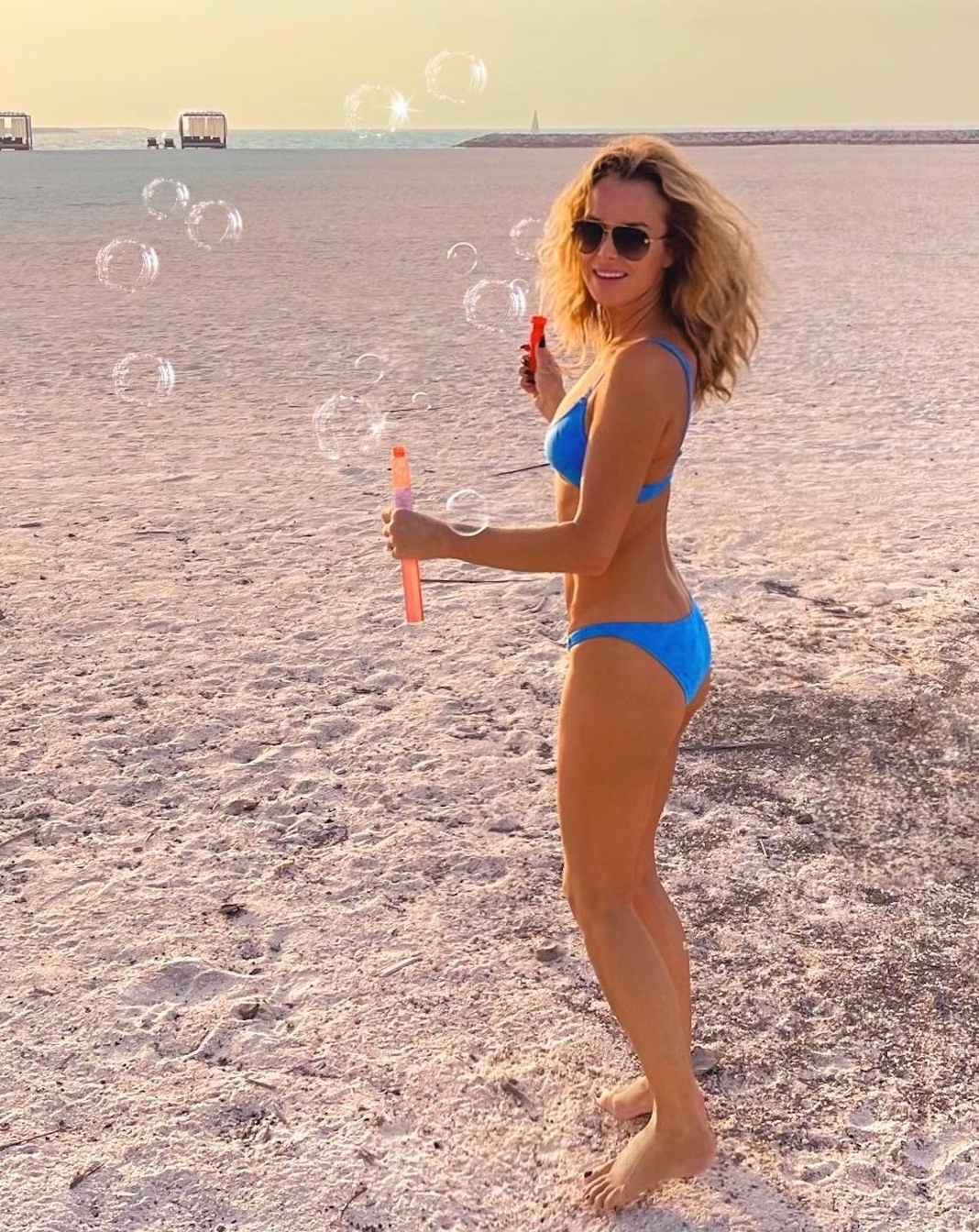 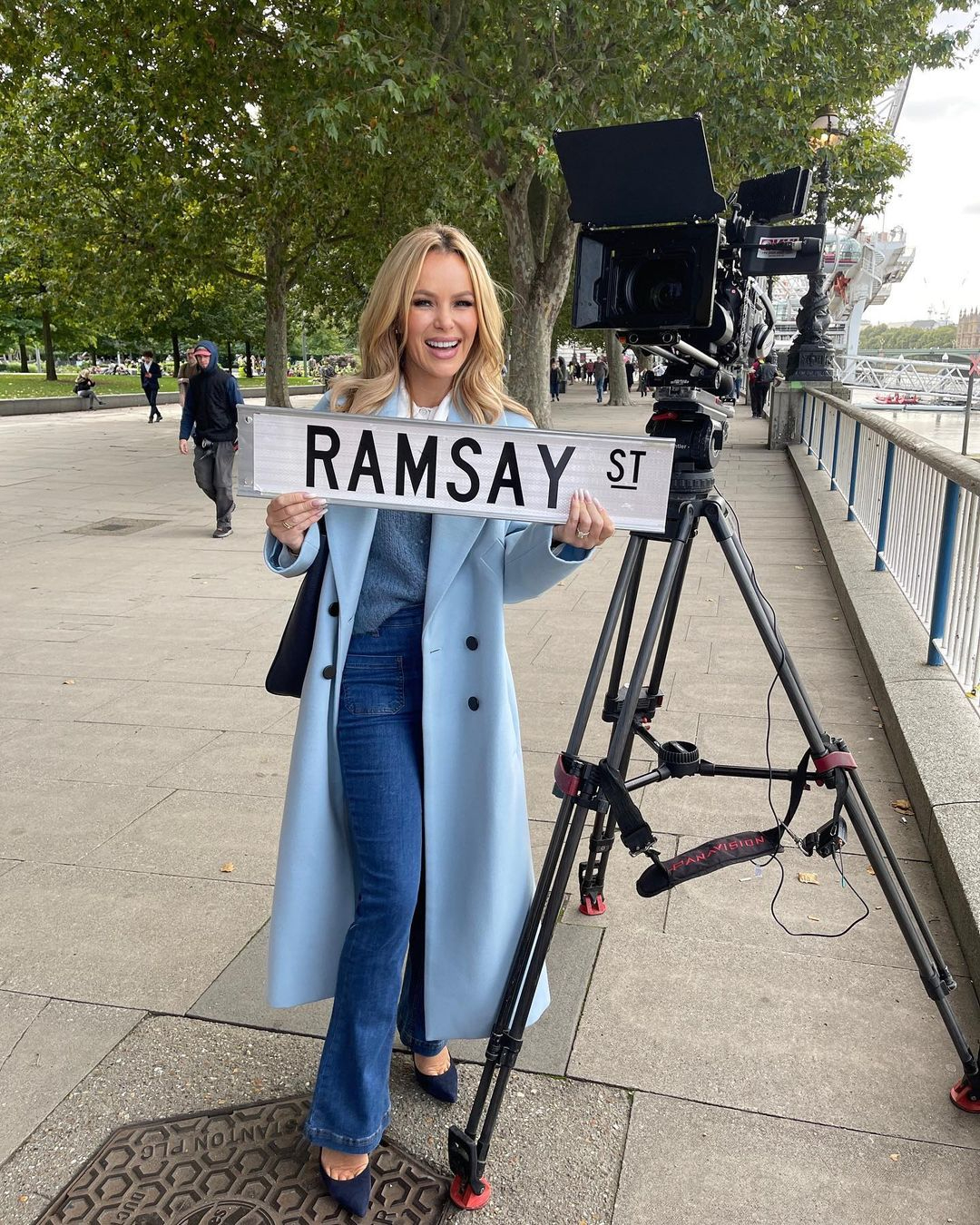