Amy and Moira jailed for Al's murder in Emmerdale as Swirling grows suspicious? 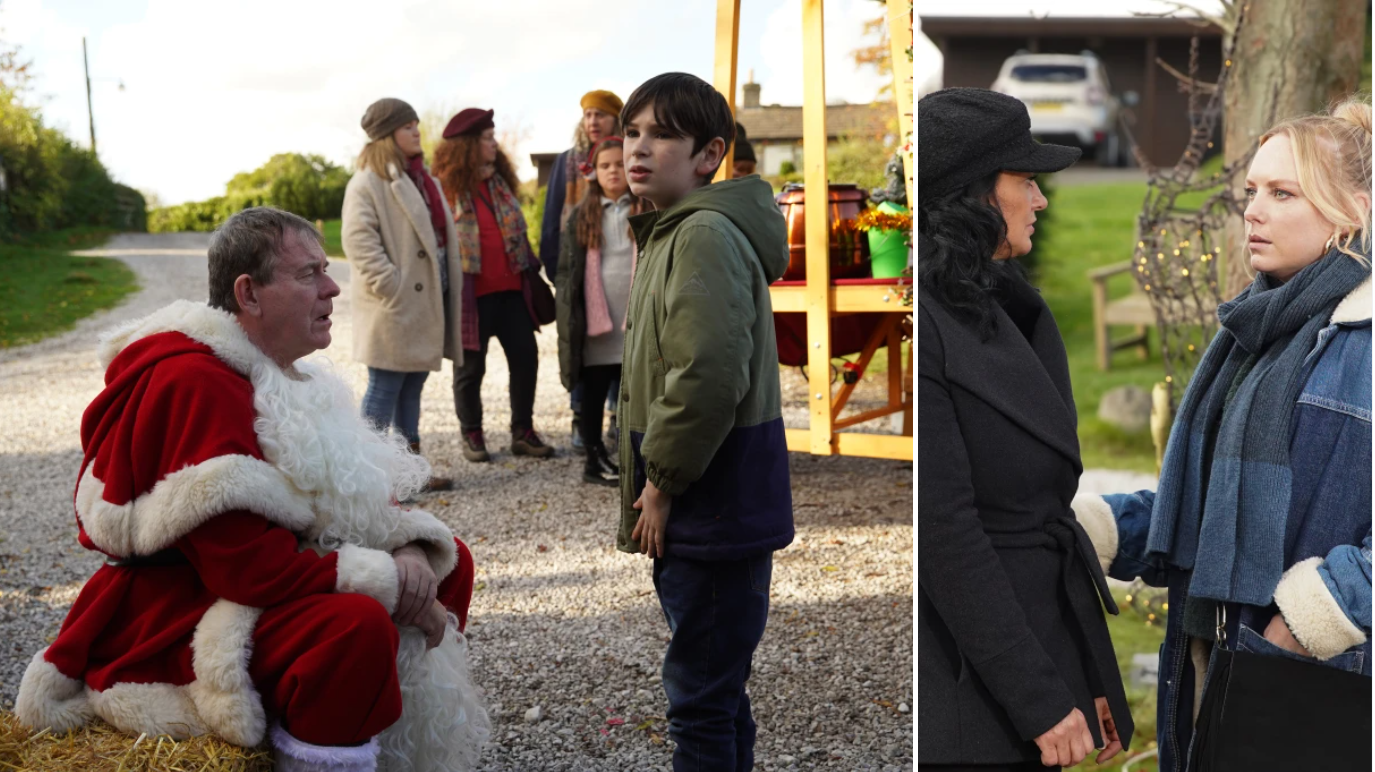 Moira (Natalie J. Robb) and Amy (Natalie Ann Jamieson) experienced that moment of horror that most parents have faced in tonight’s Emmerdale, when you lose sight of your child for a minute in a public place.

But considering that the child in question is Kyle (Huey Quinn), who is currently struggling with the burden of guilt that comes from knowing he was responsible for shooting Al Chapman (Michael Wildman) and is the reason that his dad is currently in prison, there was more than the usual cause for concern.

They were no more reassured when they saw him talking to Father Christmas, either, considering that the man in the red and white outfit on this occasion was none other than Emmerdale’s local police officer, PC Swirling (Andy Moore).

‘I bet you’re missing your dad,’ Swirling told Kyle. ‘He’ll be thinking about you and wishing you were with him.’

‘In prison?’ questioned Kyle. ‘When people do bad things they go to prison.’

‘Which people?’ questioned PC Swirling, because he has finely honed detective instincts. Amy was quick to intervene and Moira did her best to act normally by telling the officer, ‘Merry Christmas, Santa Claus.’

Swirling was left looking extremely thoughtful and puzzled about what had just happened, as he spotted Moira and Amy exchanging meaningful looks.

With Kyle’s words about people doing bad things, is Swirling going to start concluding that there was more to Al Chapman’s death than the family is making out? It’s obvious that Kyle has something on his mind and that Moira and Amy don’t want him talking about it.