ANT and Dec are left in hysterics on tonight's I'm A Celeb when Andrew Maxwell is attacked by a crocodile.

The comic undertakes tonight's Bushtucker Trial called the Arc of Agony but it's not long before his misery has Ant and Dec in stitches. 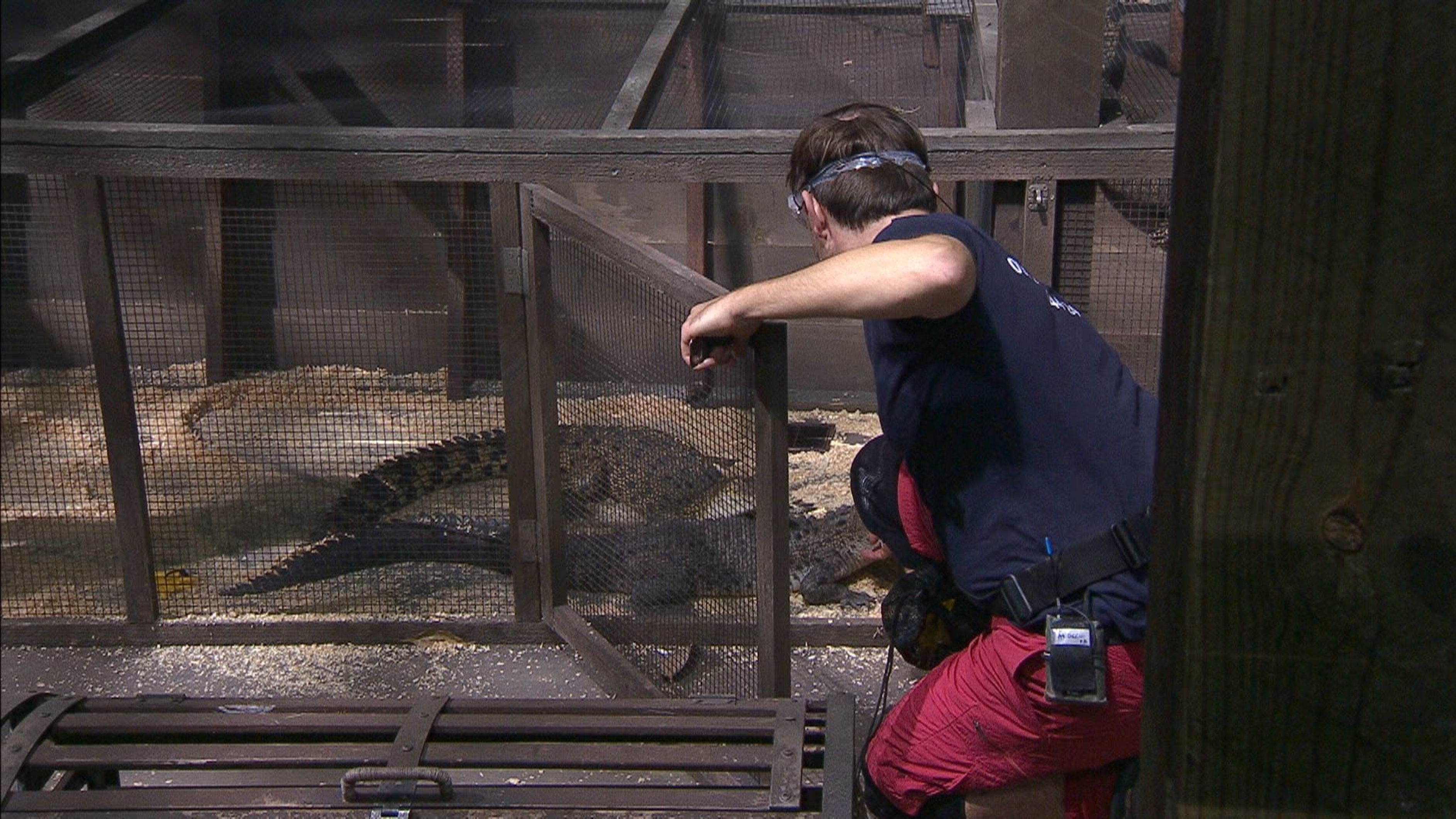 Last night, Jacqueline Jossa laughed in Andrew's face as the worried comedian was voted to do his first trial by the public.

And it seems the comic uses comedy to get through the ordeal as he uses an Australian accent throughout.

"Crocodiles, good day sporto, going to be real gentle with you boys. Alright?" he quips as he sticks a hand in their cage. 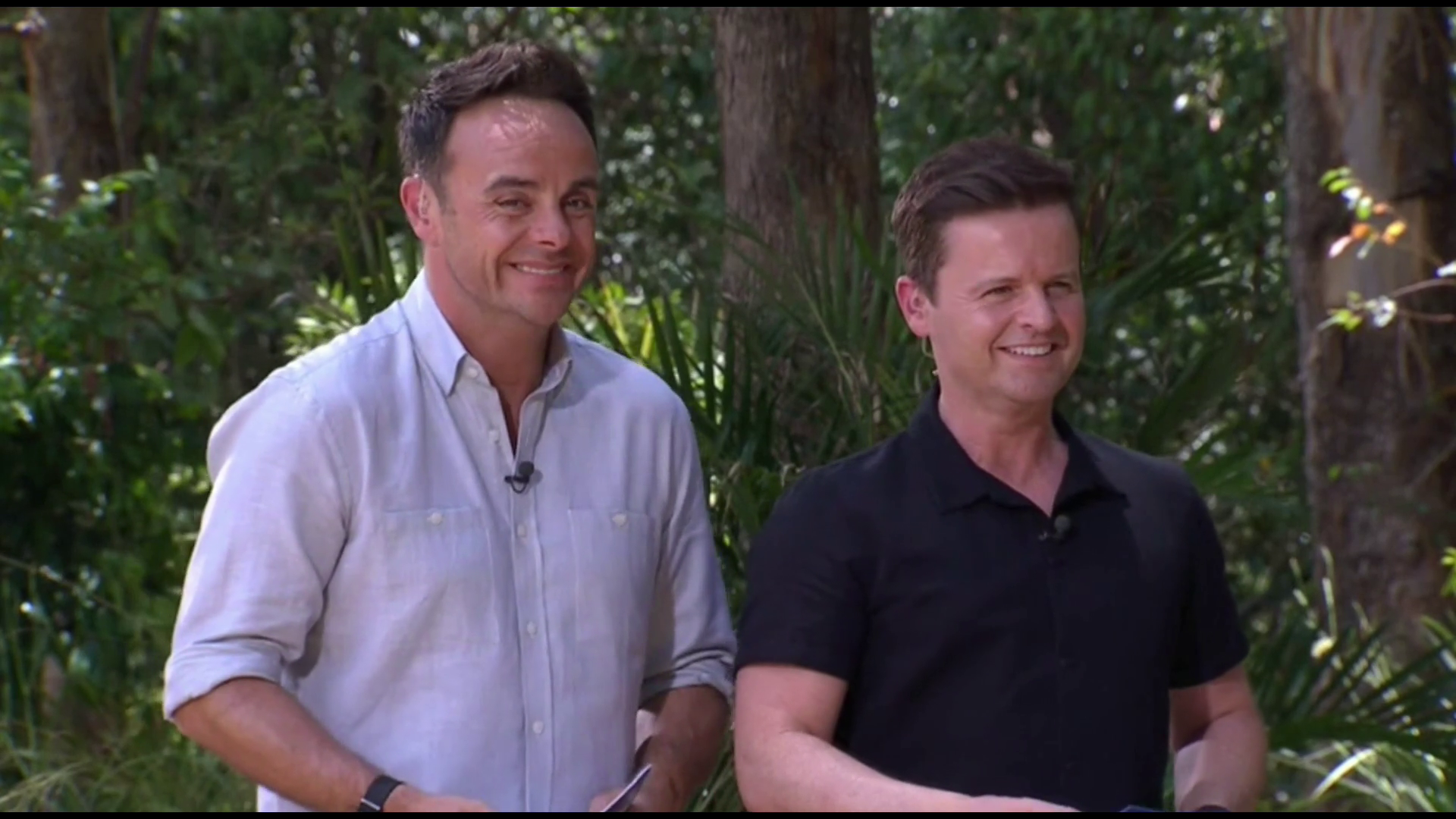 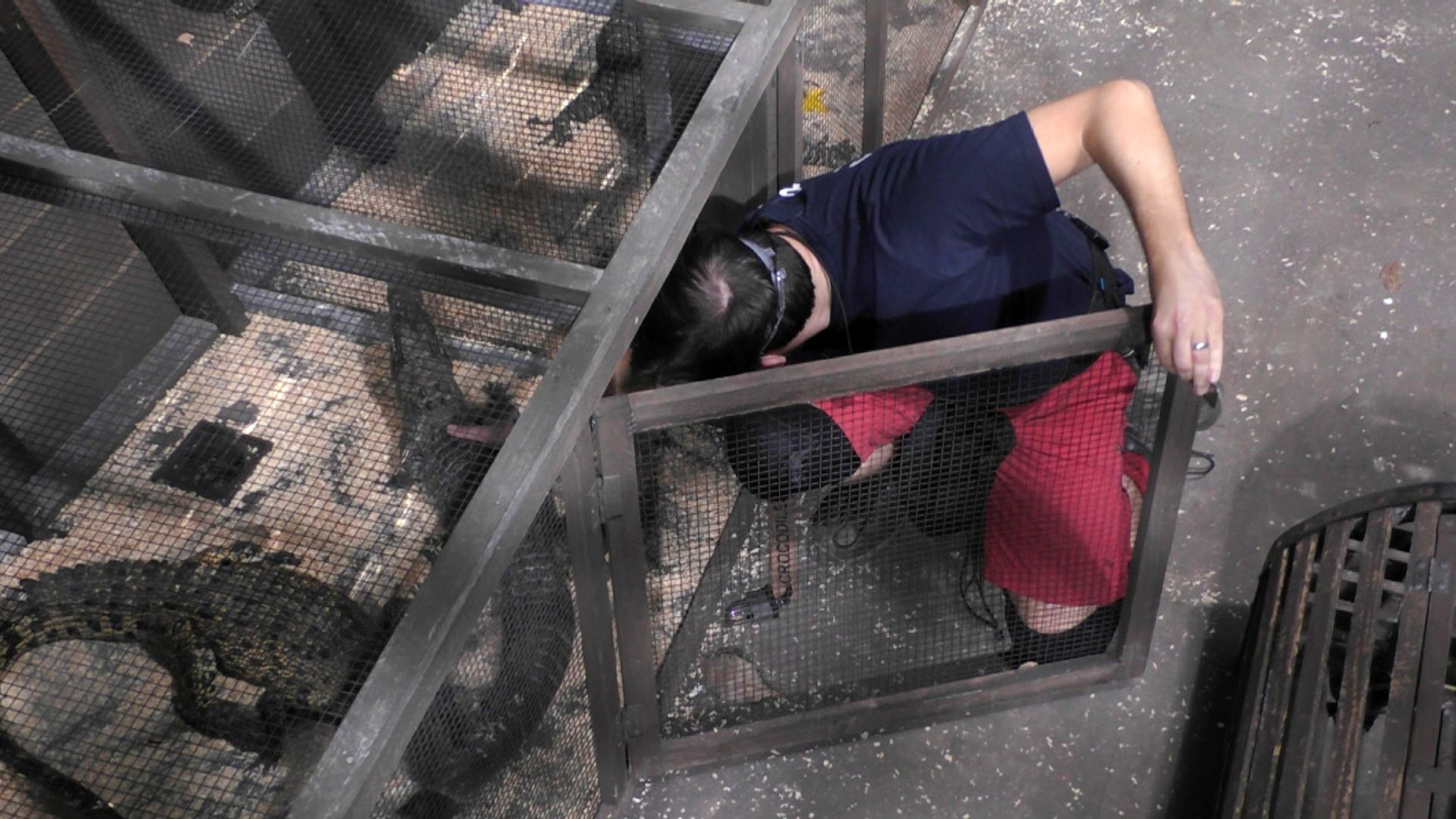 "Ooh look at him, he doesn't like you," Ant says helpfully, unable to stifle his giggles.

But as Andrew reaches in and tried to move them out of the way one of the cros snaps at his hand.

It's the latest blow for Andrew who threatened to walk out earlier this week in an emotional chat with Jacqueline Jossa.

The exhaustion got the better of the Ex On the Beach narrator, causing him to break down in tears. 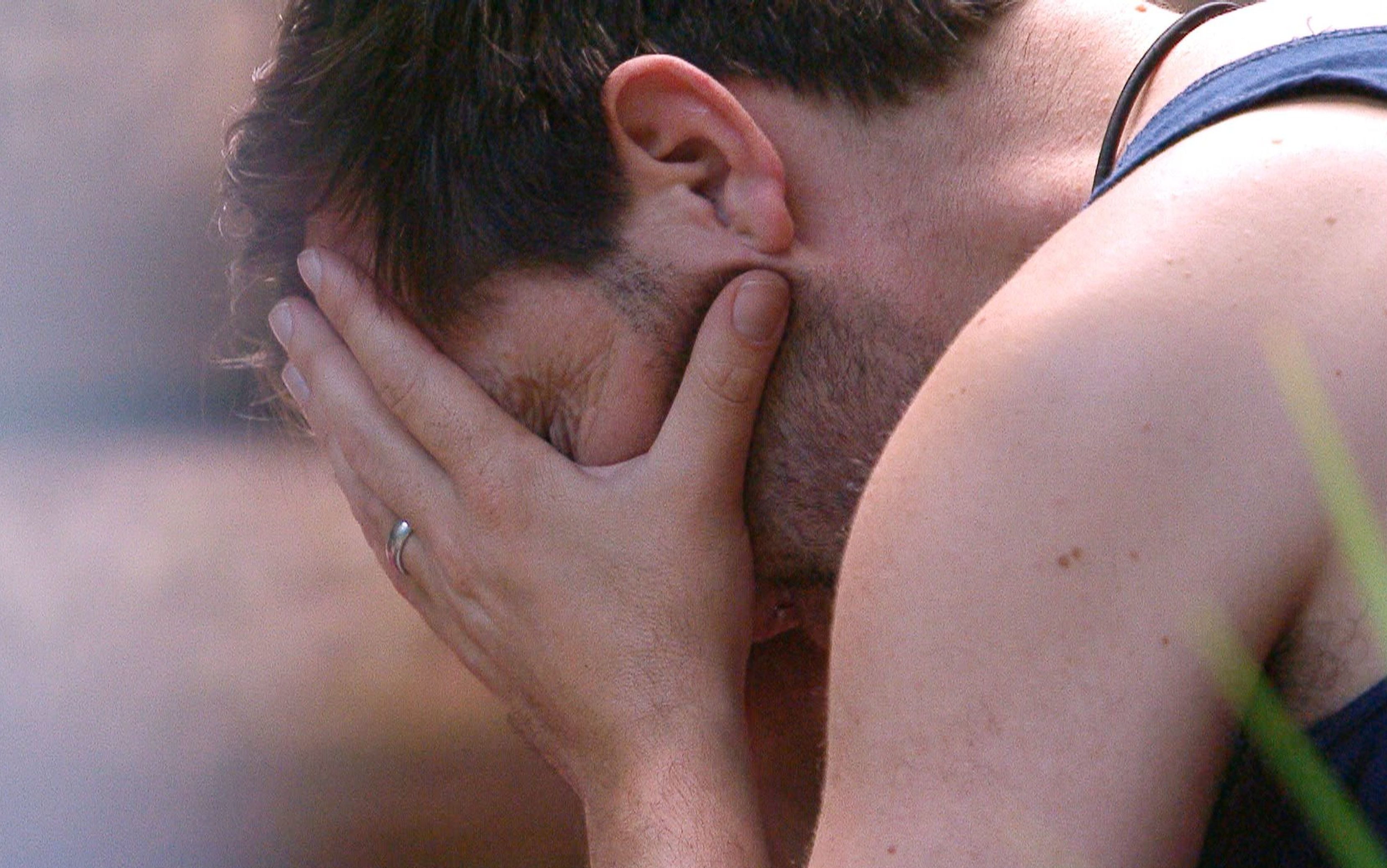 Talking in the Bush Telegraph, Andrew said: "I was up in the Leaders Cabin, I was chatting to James and Jacqueline and I was just so tired, I just hit a wall."

The comedian told Jacqueline he was considering walking out on the show altogether.

Andrew said: "I honestly thought I was gonna walk out, but I haven't, when you're tired, you just say 'have I done the right?'" 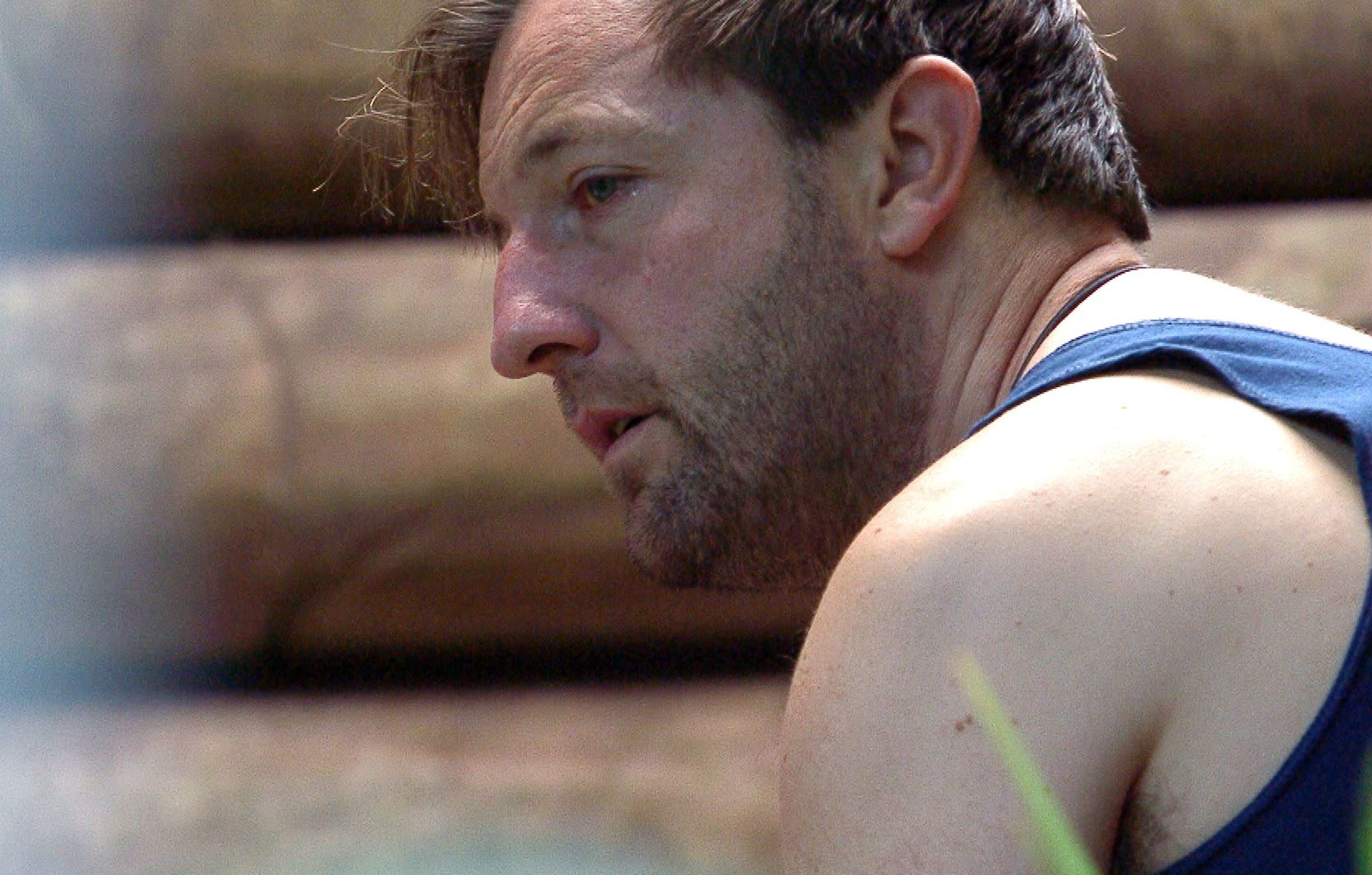 The former EastEnders actress replied: "You'd never leave, I can tell that, you're just tired."

Jacqueline hugged the comedian as James said: "Everyone has a bad day."

The mum-of-two explained: "He's been sleeping on the floor, he's had 6 nights on the floor."

The former England rugby player comforted Andrew, adding: "You're an important part of the group and we need you." 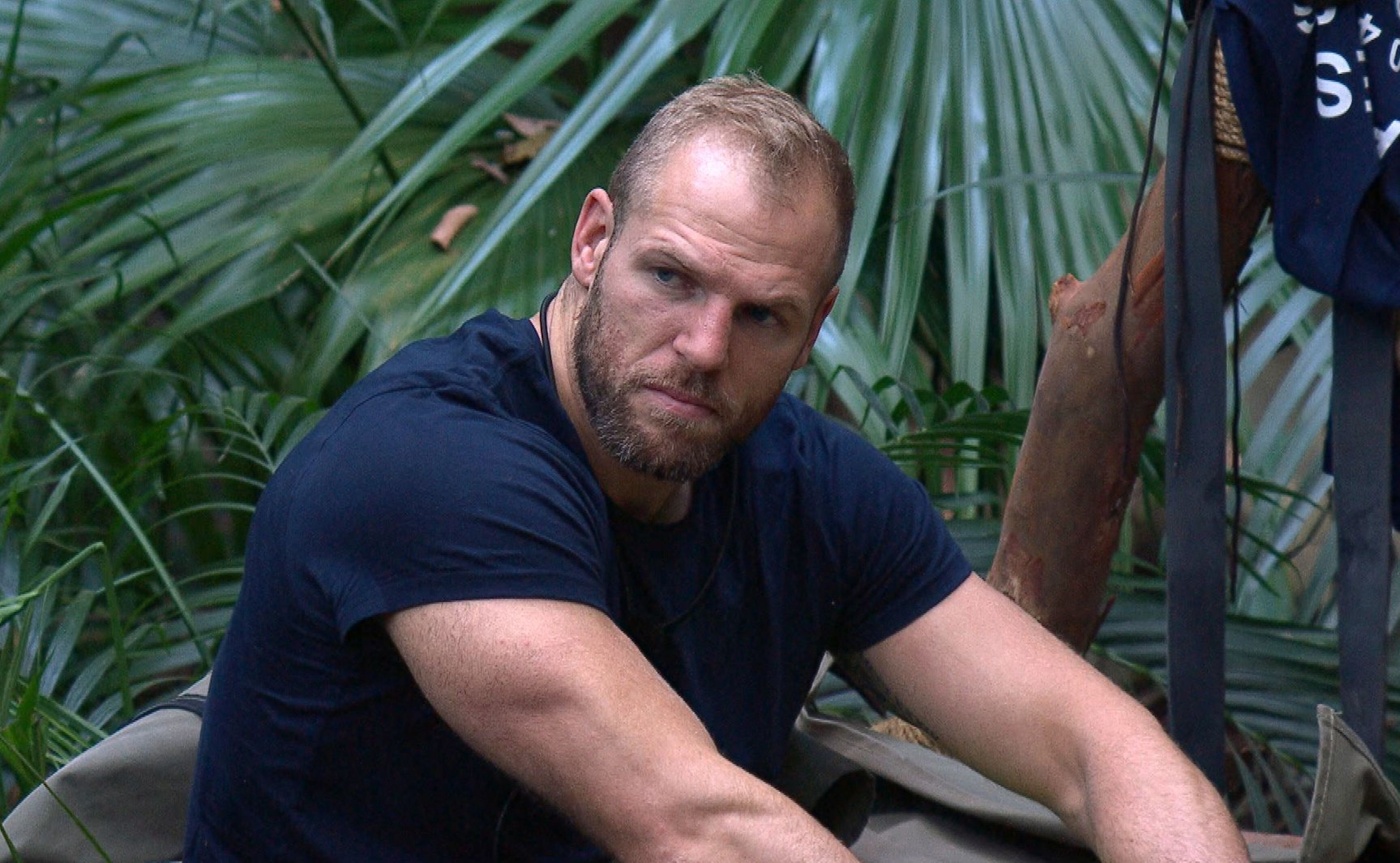 Jacqueline reassured him: "You've spent over two weeks away from your family, it's a long time."

It was a teary episode of I'm a Celebrity all round, with Jacqueline breaking down twice.

She wept when she received her luxury item, which was a pillow with photos of her children Ella, four, and Mia, one.

Then when she was selected to take part in Bushtucker trial Crevice of Cruelty alongside Ian Wright, she cried again. 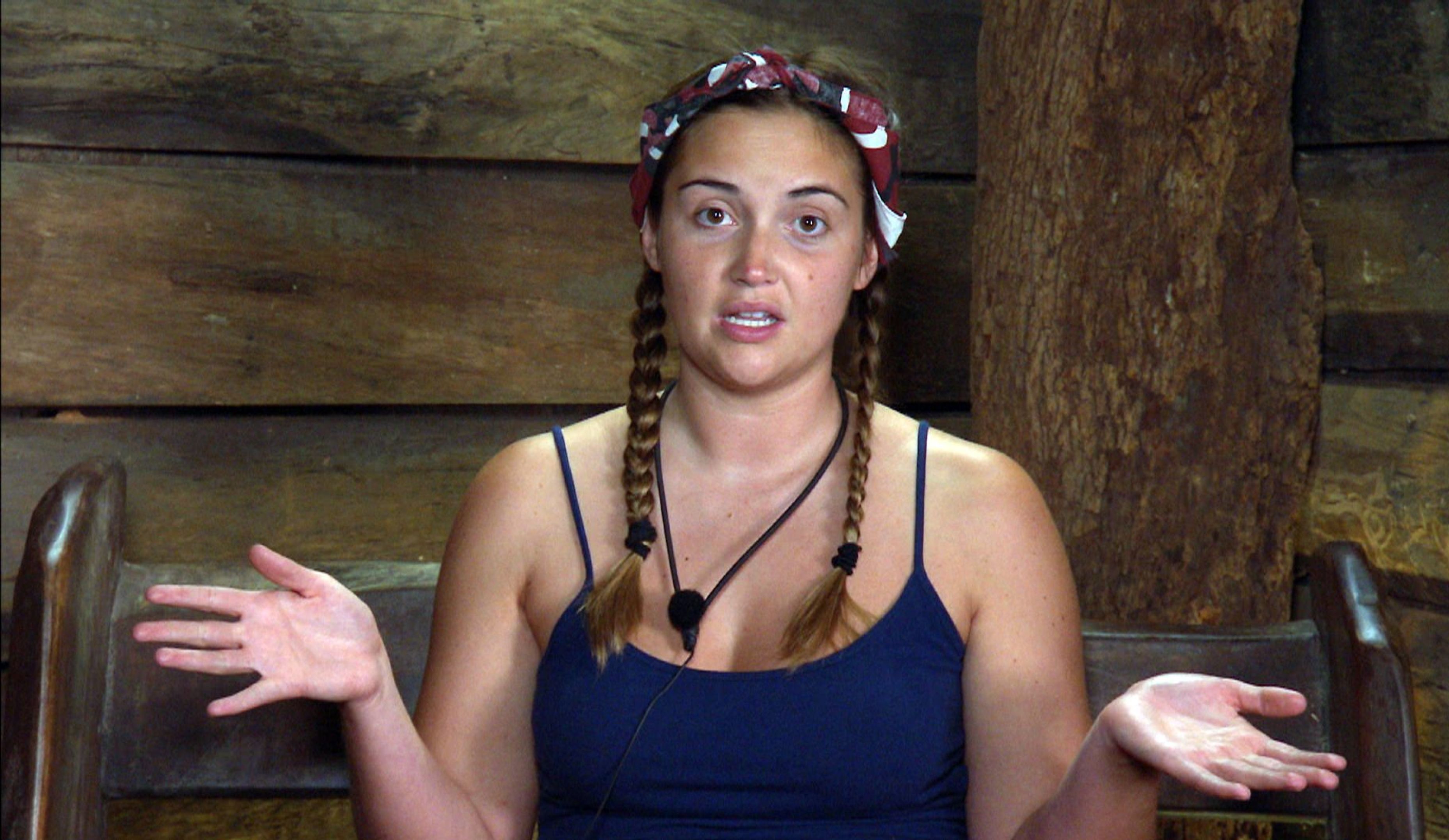 The task aQ the celebrities entering an underground cavern, where they will have to unlock stars while facing creepy crawlies and reptiles.

However, when the 27-year-old was told she would be facing another trial, she broke down in tears.

She wailed as she said: "I don't want to do any more man."