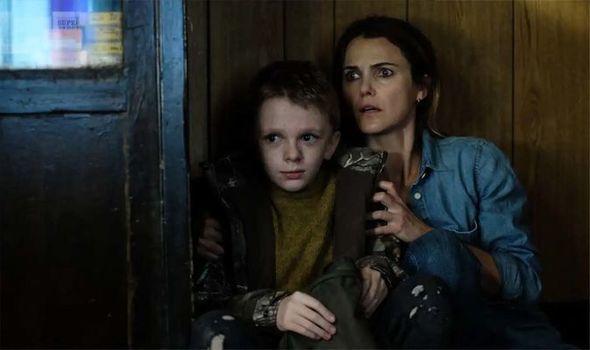 With the help of stunning physical effects, the film brings to life the Wendigo, a ravenous moose-like demon from Native American folklore. At its core, this is a genre movie that happily recycles clichés from the creature feature. But director Scott Cooper, who was behind gritty drama Out Of The Furnace, also wants to make one of those so-called “elevated horrors”, which seek to anchor the supernatural to reality.

What she suffered as a child is never specified but the old man appears as a phantom of her imagination as she resists the urge to drown her nightmares in booze.

That past resurfaces when she becomes concerned about her 12-year-old pupil Lucas ( Jeremy T Thomas) who she suspects is being abused by his meth-dealing dad Frank (Scott Haze). She doesn’t know the half of it.

Frank is the idiot we saw in the film’s opening scene, stupidly following monstrous howls into the dark tunnels of an abandoned coal mine.

After feeding him roadkill, Lucas barricades himself in his bedroom as his dad’s thirst for human flesh grows at night.

It’s such a grim set-up that it’s almost a relief when Frank emerges from the shadows to go on the rampage.

The film’s serious themes don’t always sit well with the jump scares but Cooper cooks up some genuinely nightmarish visions.