In a recent episode of Bargain Hunt, BBC presenter Anita Manning took viewers to Newark Antiques Fair where she was joined by experts Caroline Hawley and Paul Laidlaw. Anita also paid a special visit to autograph auctioneer Richard Davie where he showed her some precious letters and documents signed by some very big names – including Winston Churchill and Nelson Mandela. However, it was a signature and picture drawn by Walt Disney himself that got Anita’s attention.

Expert Richard got a passion for collecting autographs when he was a child, and he went on to make a career out of it.

Speaking about how you can tell between a real signature and a fake, Richard explained: “One of the key factors is the provenance.

“For example, here we have a letter from Winston Churchill which is nice in itself as it’s written to Montgomery of Alamein.

“This was originally in a very famous collection that belonged to a gentleman called Ray Rawlins.” 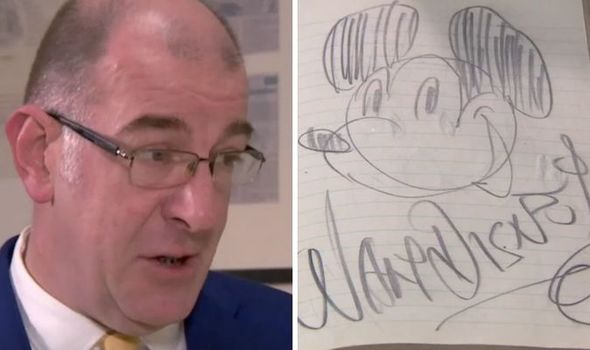 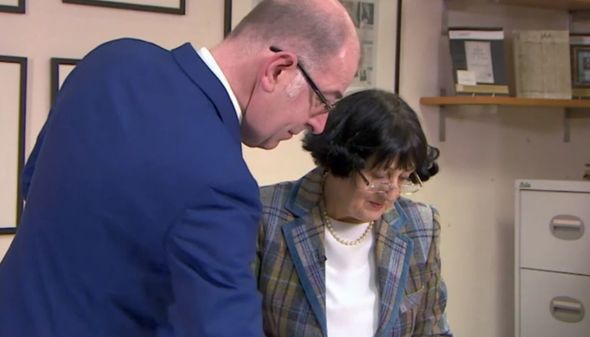 He continued: “Now, when he died his collection was sold at auction in 1980 and here, we have the catalogue of the sale of his collection.

“There is the Churchill letter that we have here, so we can trace back its provenance which is hugely important.” 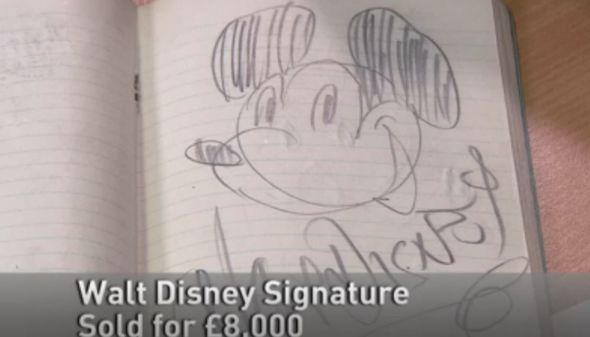 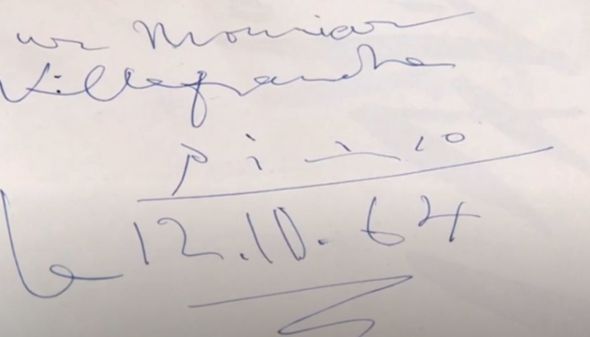 Showing a letter from Nelson Mandela, Richard told the host: “This is written in 1989 and we see here he’s written his prison address and here’s his prison number at the top.

“So, again as well as it being handwritten, the fact it is written from prison research tells me only a small handful of letters from prison have actually appeared on the market.”

Richard estimated that the Nelson Mandela letter would fetch up to £4,000 if it was sold at auction.

The auctioneer went on to talk about the value of signatures, which is when he showed Anita a picture of Mickey Mouse that was signed by Walt Disney.

The drawing was found inside a notebook owned by a journalist called Sally Holloway, who met Disney at The Savoy Hotel in 1946.

“She interviewed him,” Richard commented. “Her hand-written notes from the interview are still in the notebook so again the provenance there is impeccable.”

The other signatures Richard had going up for auction were from Muhammad Ali, Bobby Moore and Graham Hill.

When it came to the auction, the Walt Disney signature sold for £8,000 while the hand-written letter from Nelson Mandela sold for £4,000.

Bargain Hunt is available to watch on the BBC iPlayer.