But fortunately Ben Thompson came to the rescue and propped up an old-school one instead. 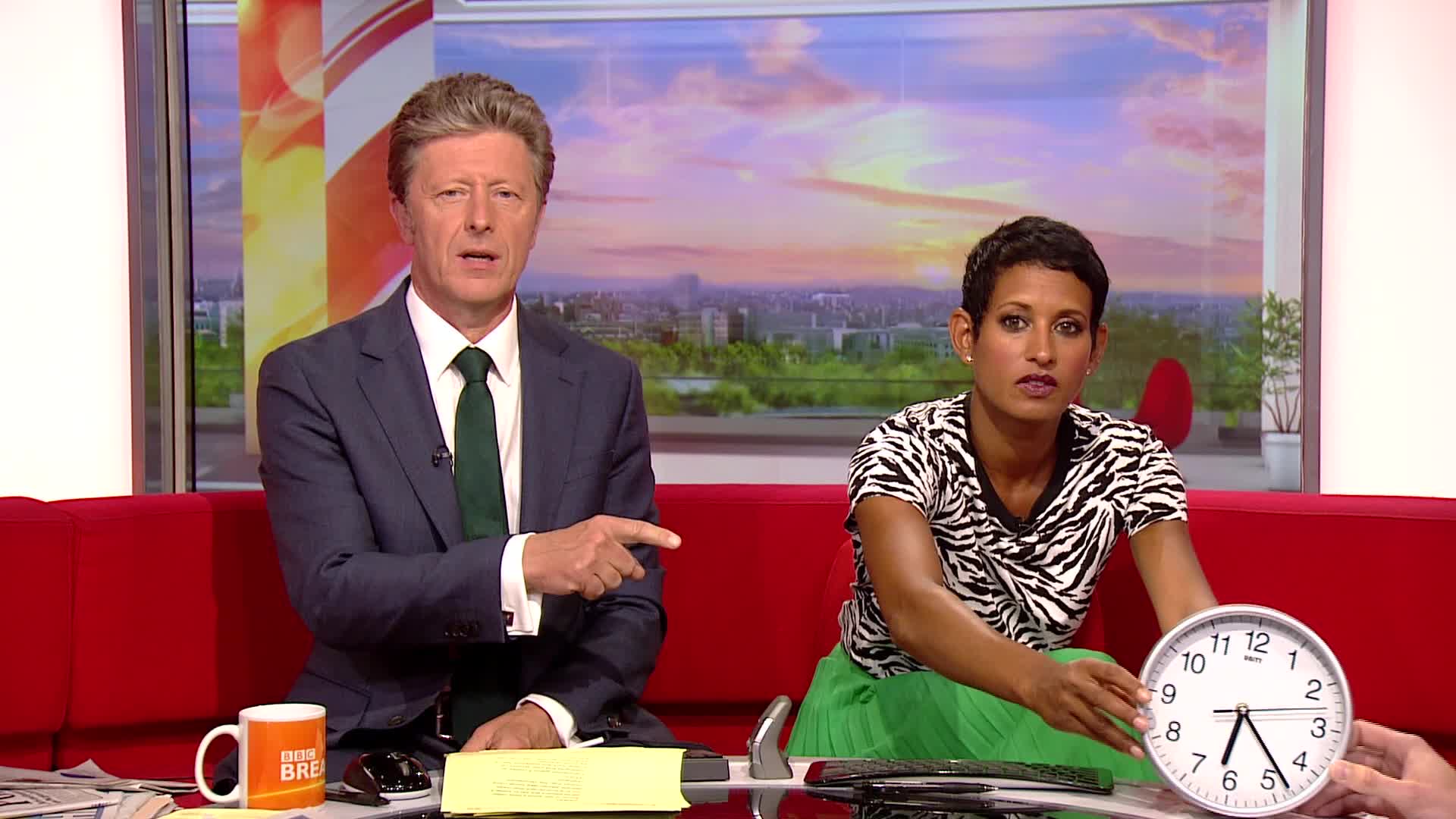 The retro style reinforcements by the BBC news pro left viewers in hysterics as Twitter was awash with people confused by the addition to the desk.

Fans took to Twitter to come up with their own hilarious takes on the proceedings and how it was affecting their morning.

Ben said: "I've fixed your problem. People this morning are only watching us for the clock because they need to get ready for work and school and all that. 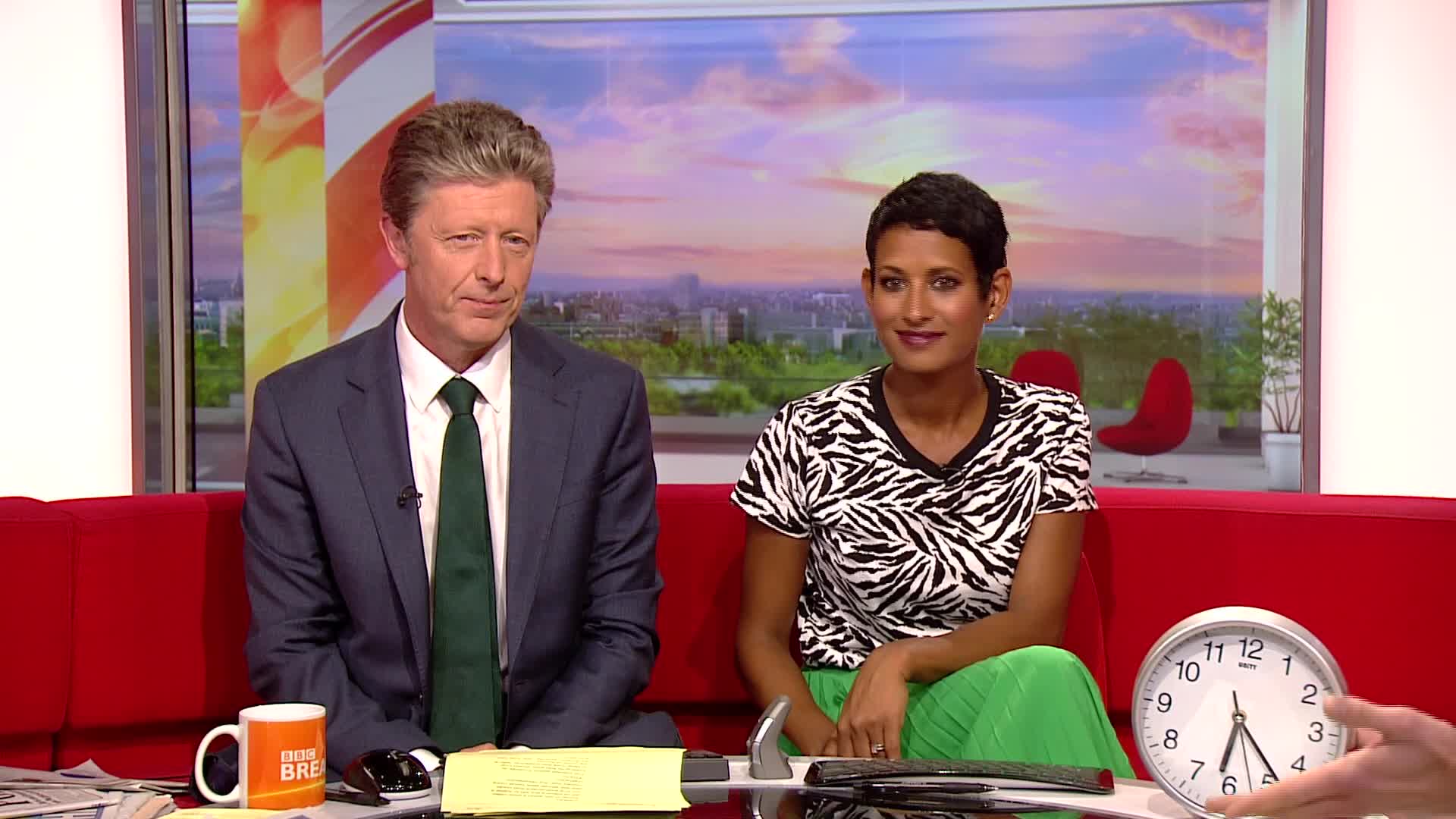 "So if I just leave that there. There we go. Put that on camera three."

Naga added: "Shall we just prop it by my coffee."

Ben continued with his hand on the rogue clock which was about to roll away: "The things that I do for this programme."

He jumped on Twitter and joked: "If you're missing our BBC Breakfast on-screen clock, sorry, we're having a few tech problems. But don't worry. I fixed it."

One viewer commented on social media and joined in on the breakfast banter: "Argh. Never realised who much I rely on the BBC Breakfast clock when getting ready for work." 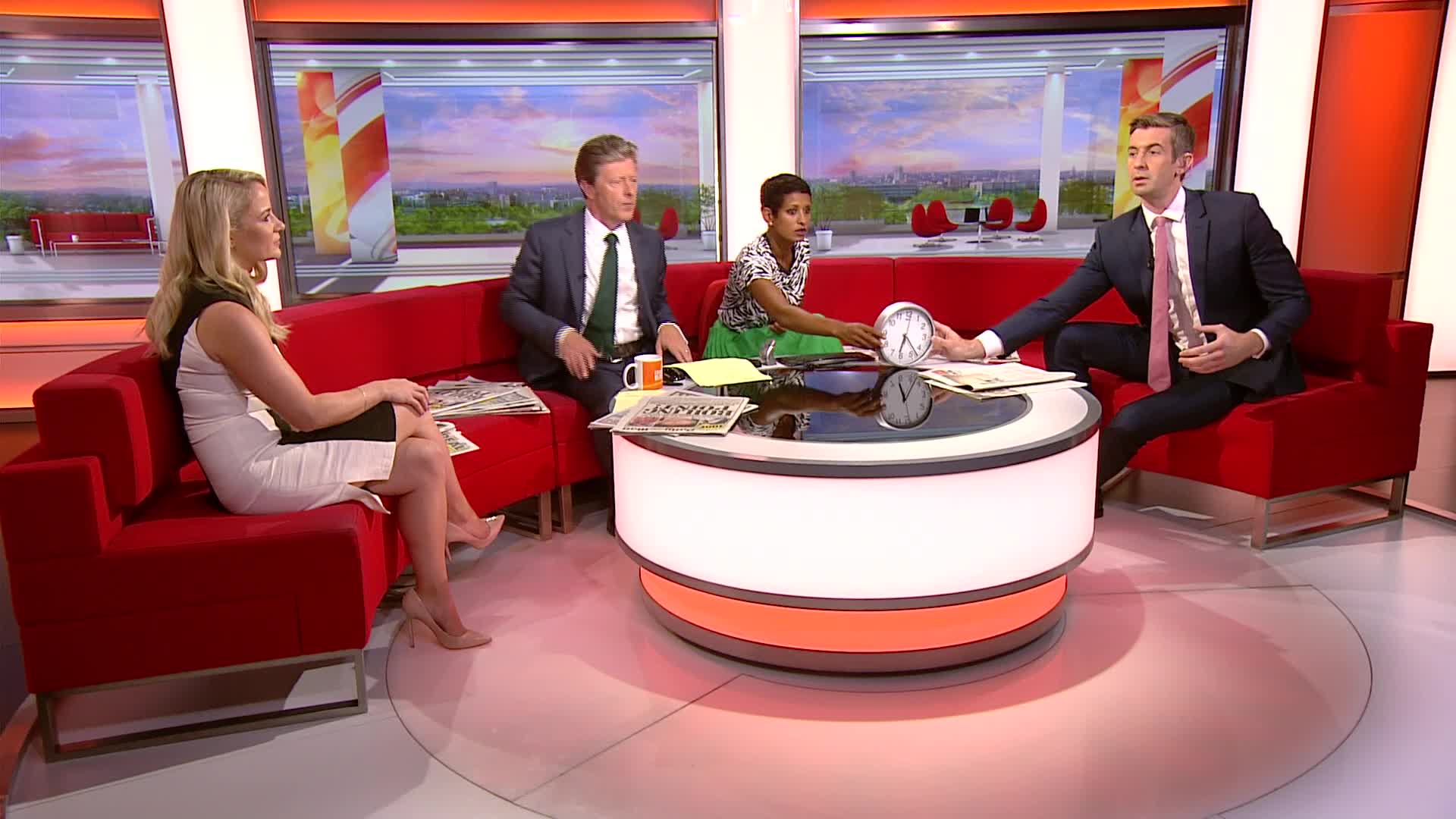 Another added: "Technical difficulties on BBC Breakfast means they've brought out an alternative wee clock for the bottom screen. Bless."

One woman joked: "BBC Breakfast put the digital clock back on, you're throwing my morning off."

A fan laughed: "No on-screen clock so a kitchen clock placed on the table will suffice."

A viewer made himself laugh by asking: "What's happened to the clock? I don't know when to get up."

It was causing a lot of tardiness with the general public with another asking: "Where is the on-screen clock this morning? I'm apparently lost without it." 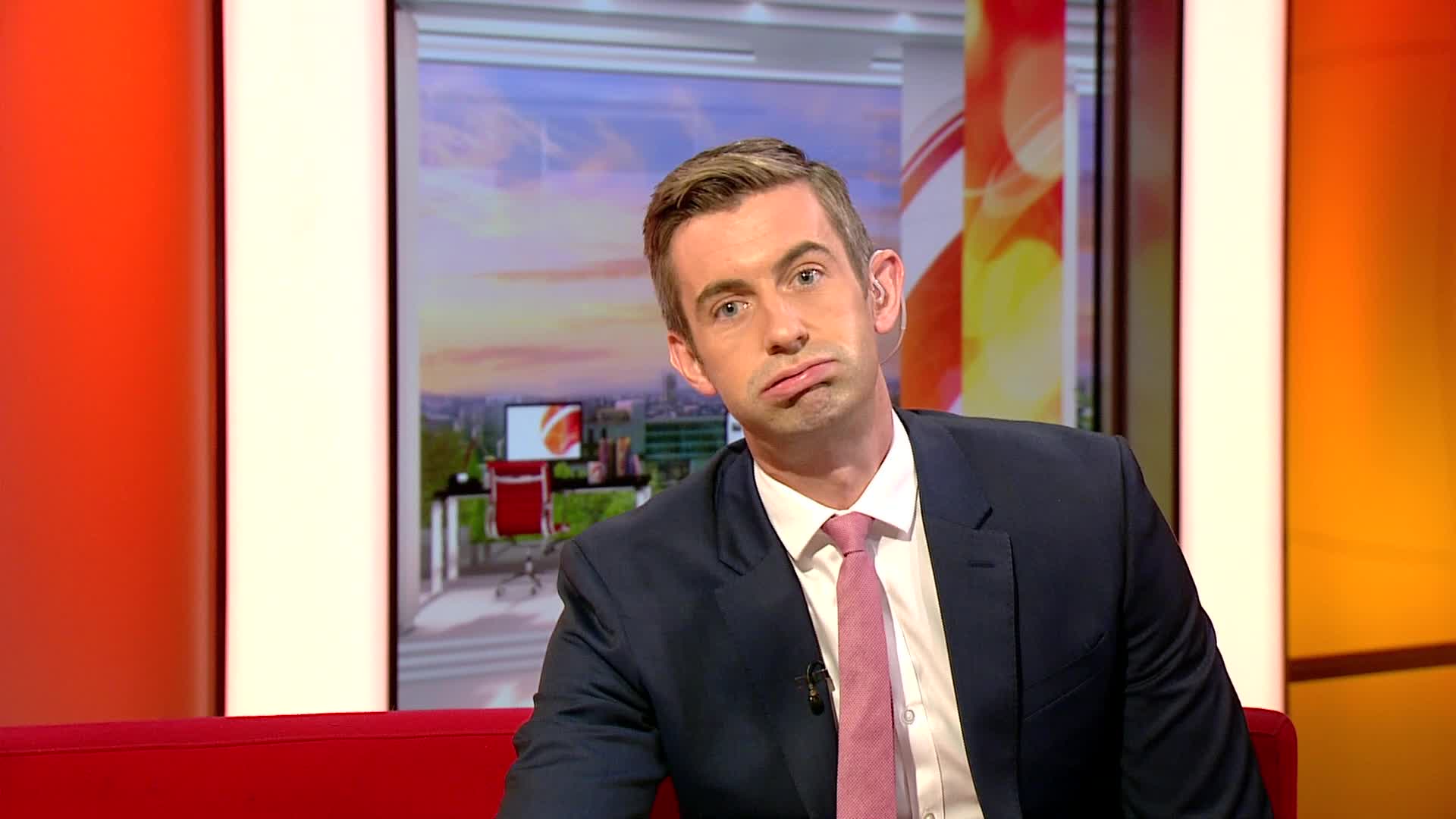 Another joked about being late for work: "Where is the clock? Messed my morning up! If I'm late for work, I blame you! (I don't trust my other clocks)."

A lady wrote on the social media outlet: "Umm, the physical clock on set for BBC Breakfast, it's messing with my head."

Another viewer demanded the clock's return: "Bring back Ben's clock!"

While another pleaded: "There's no clock on screen. Sort it out or the nation will all be late for work." 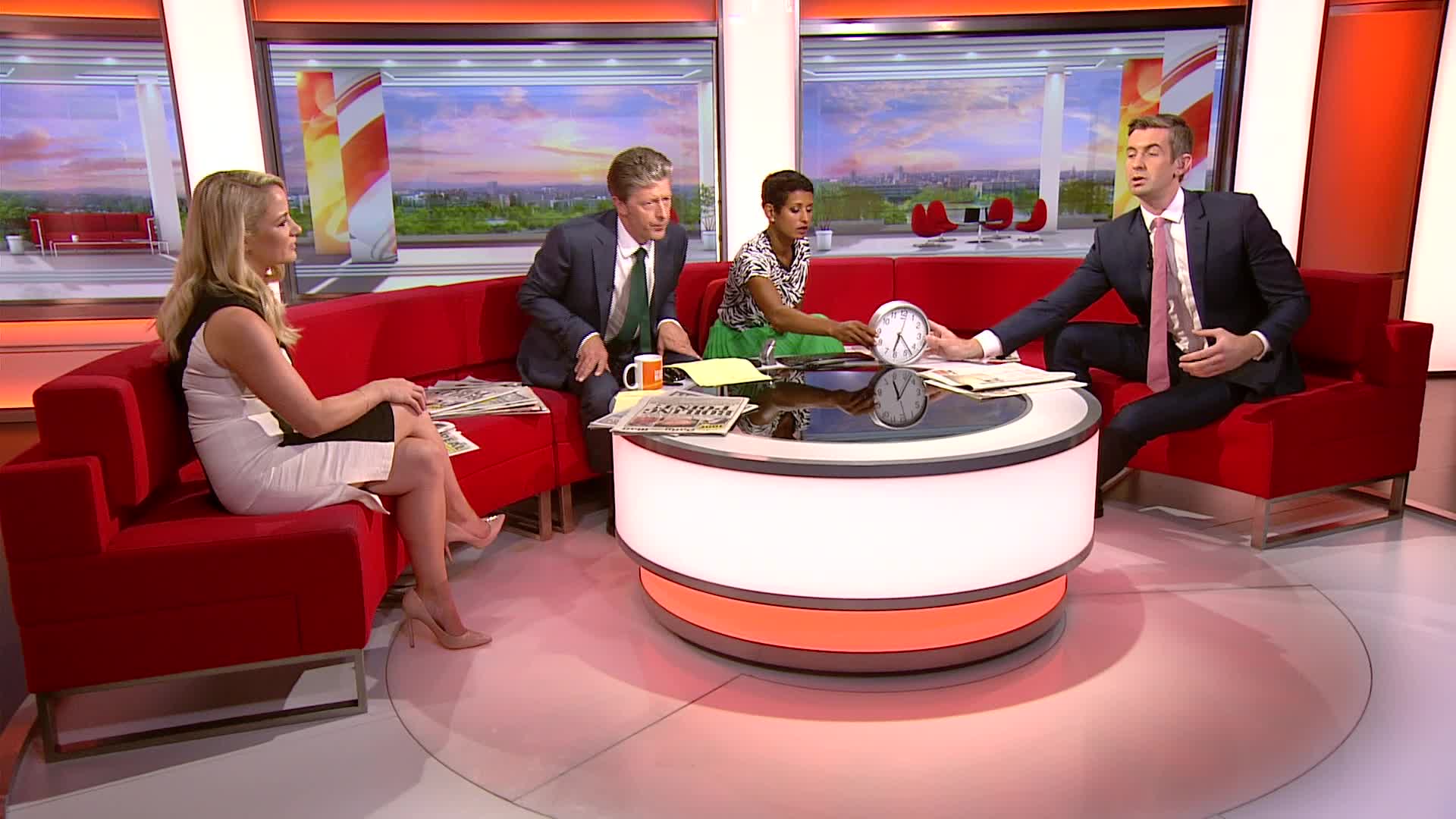 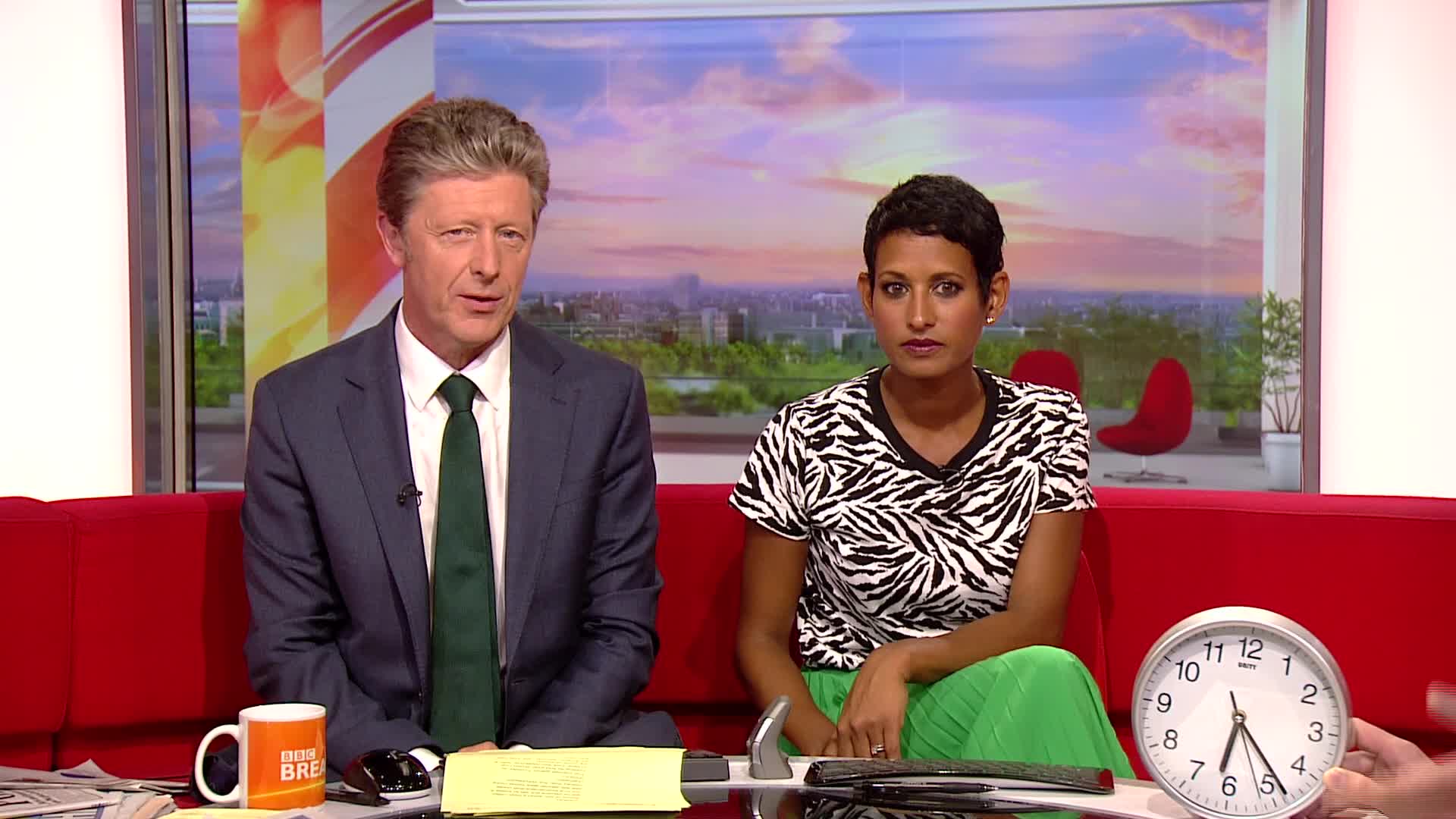 It's not the first time the presenters have been left red-faced. An infamous blunder came about last year during an interview with Monty Python comedy legend Eric Idle – and they used a photo of comedian Steve Punt instead.

BBC viewers were also previously left horrified after hearing some random sounds behind a live broadcast.

'Sex noises' were heard during the show while talking to political correspondent Emma Vardy.