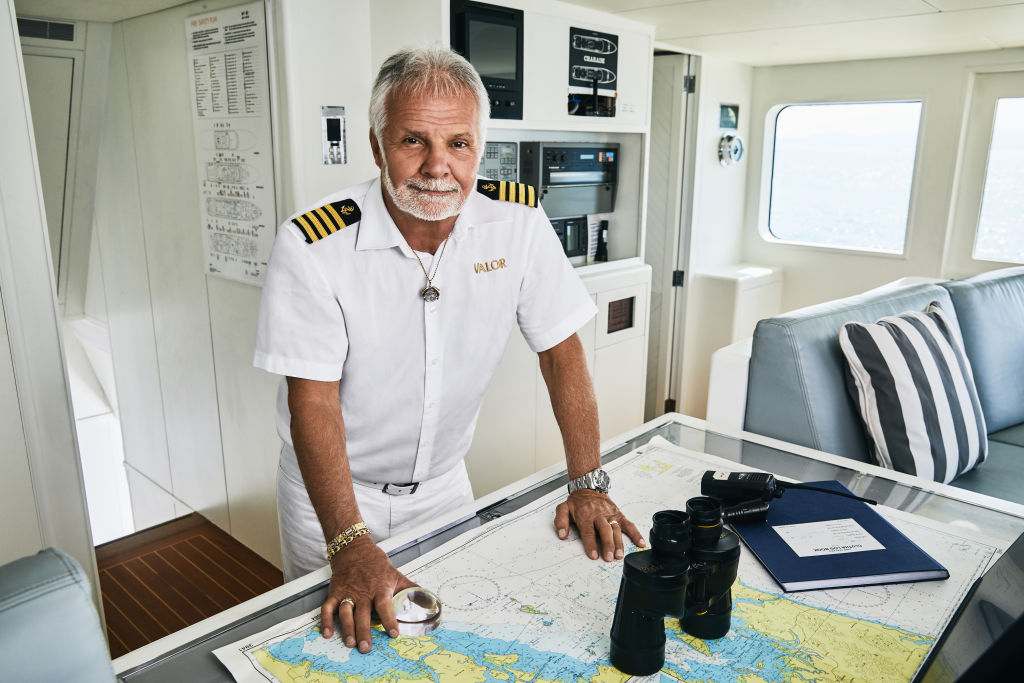 Below Deck star Captain Lee Rosbach has revealed that his fellow colleagues suggested he would ‘never work again’ after taking part on the hugely successful series.

The Bravo program has become one of the most popular reality TV shows on our screens, spawning three successful spin-offs with another one on the way.

Since Captain Lee set sail in 2013, fans have tuned in to follow the antics of the crew on board as they balanced dealing with demanding charter guests and living in such close quarters with their castmates.

He will be at the helm of season 10, which is premiering on Bravo next month, alongside returning chef Rachel Hargrove and Fraser Olender – who has been promoted to chief stew.

Despite successfully getting us all hooked on the drama and dreaming of a life at sea, it seems other yachties weren’t too thrilled with the intimate glimpse into their industry.

Appearing at a BravoCon panel on Sunday, the OG captain – and fan-proclaimed stud of the sea – explained: ‘I remember getting a lot of, “You’re never going to work in this business again”, 10 years ago.

‘I was told if you do this, you won’t be taken [seriously] as a professional anymore,’ Captain Sandy Yawn, who leads the way on the Mediterranean spin-off, agreed. ‘When it first started, our industry hated it. They deplored it.

Captain Jason Chambers, from Below Deck Down Under, explained that everyone previously considered the show ‘detrimental’ to yachting, something that Sailing Yacht’s Glenn Shephard insisted is ‘changing’.

‘Yeah, absolutely, and it’s because of all the fans,’ Captain Sandy shared. ‘I think Bravo has done a great thing because they showed middle America that you could actually get a job on a boat. The second thing is you can actually charter and go out there.

‘Our industry has gone up 35% since the airing of Below Deck.’

It wasn’t just the captains who were met with criticism for taking part on the Bravo show, as the deckhands and stew teams also got negative comments.

Speaking in a separate panel on Friday, Aesha Scott, who first appeared as a stewardess on the Med series before working her way into a chief stew position on Below Deck Down Under, recalled: ‘I feel like it was the culture that yachties used to be very anti-the show.

‘But now I get just as many yachties as non-yachties [approaching her excitedly]. I think it’s become so big, and people love it so much that even our own people like us now.’

‘At one point, if you were in yachting properly and you were on Below Deck, people just didn’t take you seriously for a little bit,’ newly promoted lead deckhead Courtney Veale added.

‘There was definitely a time when it was like that. It was embarrassing to say you’d done Below Deck.

Below Deck airs on Bravo and all episodes are available to stream on hayu now.